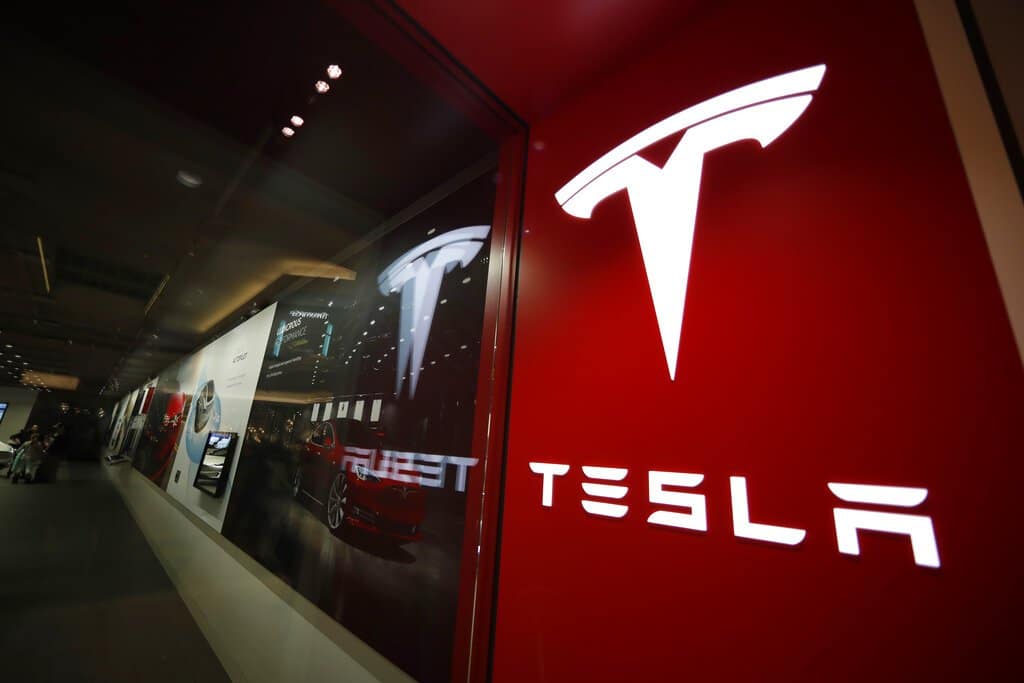 The fatalities are piling up with Tesla’s fully self-driving cars. Authorities are now investigating the latest crash, which killed two men in Texas. The Associated Press has the story:

DETROIT (AP) — Two federal agencies are sending teams to investigate the fatal crash of a Tesla near Houston in which local authorities say no one was behind the wheel.

The National Highway Traffic Safety Administration and the National Transportation Safety Board said Monday they will send investigators to Spring, Texas, to look into the fiery Saturday night crash. Two men were killed.

Investigators are “100% sure” that no one was driving the Tesla that missed a curve on a residential road, hit a tree and burst into flames, killing two men inside, Harris County Precinct Four Constable Mark Herman said.

But they’re still trying to determine whether the electric car was operating on Tesla’s Autopilot driver-assist system, or if the company’s “Full Self-Driving Capability” system was in use.

One of the men was found in the front passenger seat of the badly burned car, and the other was in the back seat, Herman told The Associated Press Monday.

“We are actively engaged with local law enforcement and Tesla to learn more about the details of the crash and will take appropriate steps when we have more information,” NHTSA said Monday.

Investigators are in the process of getting several search warrants seeking evidence in the crash, but Herman would not say if those warrants are directed at Tesla. He said he didn’t know if investigators had spoken with the Palo Alto, California, electric vehicle maker. Also, investigators are working with NHTSA and the NTSB, both of which investigate serious auto crashes.

Tesla has had serious problems with its Autopilot partially automated driving system, which has been involved in several fatal crashes where it didn’t spot tractor trailers crossing in front of it, stopped emergency vehicles, or a highway barrier. The NTSB has recommended that NHTSA and Tesla limit the roads on which the system can safely operate, and that Tesla install a more robust system to monitor drivers to make sure they’re paying attention. Neither Tesla nor the agency took action.

A message was left Monday morning seeking comment from Tesla, which did away with its media relations department. The company has said in the past that drivers using Autopilot must be ready to intervene at any time. It says the “Full Self-Driving Capability” system can’t drive itself and also must be continually monitored by drivers.

Investigators haven’t determined how fast the Tesla was driving at the time of the crash, but Herman said it was a high speed. He would not say if there was evidence that anyone tampered with Tesla’s system to monitor the driver, which detects force from hands on the wheel. The system will issue warnings and eventually shut the car down if it doesn’t detect hands. But critics say Tesla’s system is easy to fool.

The car missed a curve, ran off the road, hit a tree and caught fire

KHOU-TV reported that the car was a 2019 Tesla Model S, and the two men found in the car were aged 59 and 69. Herman said the car went about 100 feet after running off the road, hit a tree and immediately caught fire.

The Harris County crash is the 28th to which NHTSA has sent investigators during the past few years.

On Sunday, Tesla CEO Elon Musk tweeted that the company had released a safety report from the first quarter showing that Tesla with Autopilot has nearly a 10 times lower chance of crashing than the average vehicle with a human piloting it.

But Kelly Funkhouser, head of connected and automated vehicle testing for Consumer Reports, said Tesla’s numbers have been inaccurate in the past and are difficult to verify.

“You just have to take their word for it,” Funkhouser said, adding that Tesla doesn’t say how many times the system failed but didn’t crash, or when a driver failed to take over.

Shares of Tesla Inc. fell 3.6%, more than the broader markets, to $712.95 in afternoon Monday. That decline follows enormous gains for Tesla, whose shares are up 370% in the past 12 months.