Another PalIranian War Breaks Out 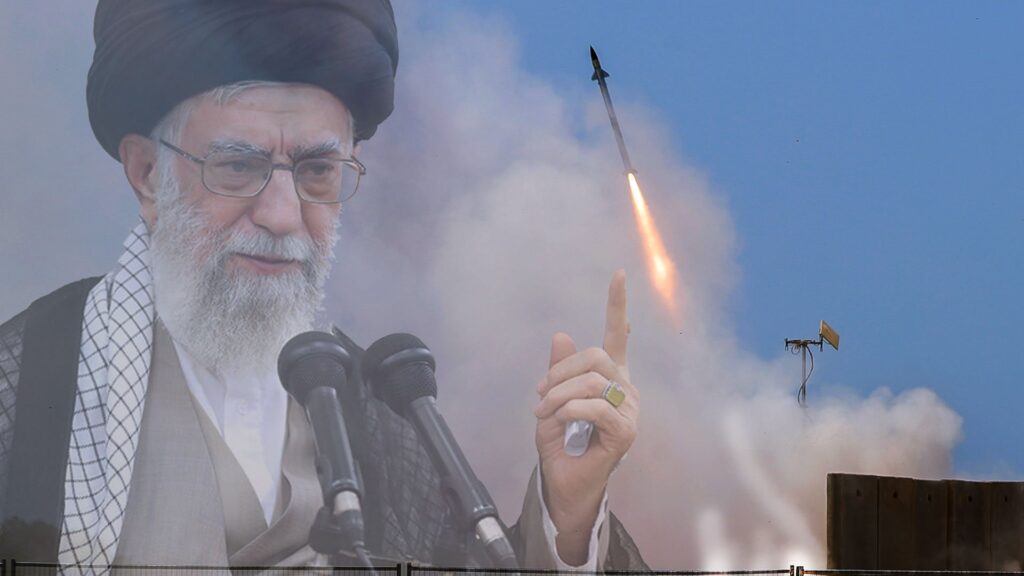 As the world watches, yet again, there is increasing violence coming out of and going into the Gaza Strip. The initial outbreak of violence came during the early days of Ramadan and on the West Bank. The riots were allegedly in response to the pending eviction of a handful of Palestinians from West Bank houses because of a court ruling that they have no legal standing to be living there. But there are some who suspect that the rioting was initiated in order to deflect attention from Mahmoud Abbas’ decision to cancel the parliamentary elections that had been scheduled to take place in May.

Abbas was sworn in as President of the Palestinian Authority (PA) in January 2005. His four-year term was set to expire in January 2009, but through careful parliamentary maneuvering, corruption, and thuggery, he remains in office to this day. His lack of support for the parliamentary elections and subsequent presidential election, scheduled originally to be held in July, is a clear indicator that Abbas intends to remain at the helm of the PA for the rest of his life.

The terrorist organization that rules the Gaza Strip, Hamas, apparently decided that the unrest on the West Bank provided an excellent opportunity to attack Israel. They have, so far, launched nearly 2000 short, medium, and long-range rockets and have specifically targeted residential areas in and around Tel Aviv. Hamas is not aligned with the PA, so it is more likely taking advantage of the opportunity rather than supporting Abbas.

According to Britannica, two million people, half of whom are under the age of 18, live in the 365 square kilometer Gaza Strip, making it one of the most densely populated areas in the world. Hamas terrorists live among the general population and often launch their rockets from residential areas.

Hamas leadership knew, with 100% certainty, that once they began firing barrages of rockets into Israel, the Israelis would retaliate. Since Hamas members live among the people, the retaliation, despite efforts by the Israelis to limit civilian causalities, presents a danger to ordinary Gazans. As of this writing, civilian deaths in Gaza are about 10 times higher than they are in Israel.

Israeli authorities have made it clear that the rockets currently being fired at them are deadlier and more capable than anything they have seen in the past. No one should be surprised that the funding, technology and information needed to amass a vast arsenal of highly capable rockets has largely been provided by Iran.

Iran has a lengthy history of providing illegal weapons to terrorist organization across the region. Hezbollah, a wholly owned subsidiary of the Iranian Revolutionary Guard Corps (IRGC) has thousands of rockets and missiles hidden in southern Lebanon. Malign Iranian behavior is present in Lebanon, Syria, Iraq, Yemen, Bahrain, Saudi Arabia and Kuwait. Less than a week ago, the U.S. Navy announced that it had seized a massive illegal weapons cache from a ship that originated in Iran, and apparently was bound for Houthi rebels in Yemen.

On May 13th, Hezbollah reportedly began firing rockets into Israel, setting the conditions for a wider, costlier and more violent war in the region. Iran often publicly boasts of the regime’s desire to wipe Israel off the map. While that is an unlikely outcome of the widening conflict, the pain inflicted on innocent Lebanese, Israeli and Palestinian people is both highly regretful and avoidable.

Iran and its proxies are responsible for the current outbreak. Fateh is likely the source of the beginning of hostilities in order to take attention away from Abbas’ cancelation of the parliamentary elections. Hamas and Hezbollah are only able to broaden the war because they are funded, armed and trained by Iran. If the current conflict widens and intensifies, Iran could have the fight it has always wanted, but they may be disappointed by the outcome.

This is a time for U.S. leadership in the region. The Biden administration should already be taking steps to replenish the quickly diminishing supply of missiles for the highly effective Iron Dome system and reach out to responsible partners in the region to start a dialogue that leads to an immediate ceasefire by all parties. What the Biden administration shouldn’t be doing is trying to negotiate nuclear deal reconciliation with the most prolific supporter of terrorism in the world.

A number of organizations and nation states, including China and Russia, are currently doing the calculus about whether they would be a winner or a loser in a wider war in the region. What is certain is that people living in Lebanon, Israel, and Palestine will pay the price for this conflict — and sadly, many with their lives.

Read more articles by the author