The Polisario leader Brahim Ghali to appear in Spanish court 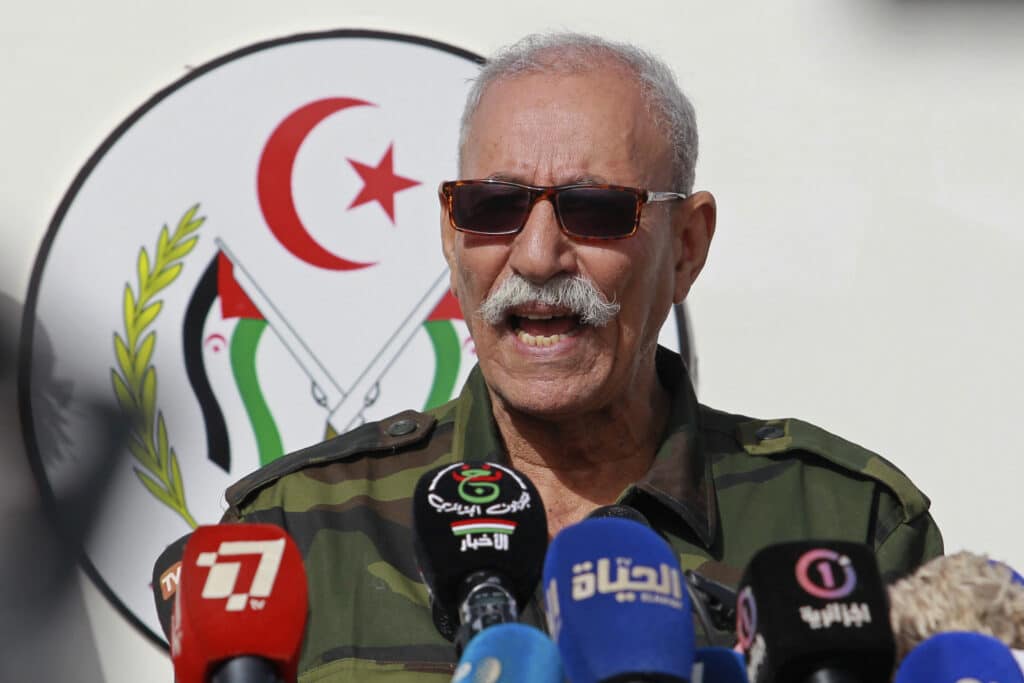 The leader of the Polisario Front, a rebel organization that seeks the independence of the Moroccan-controlled Western Sahara, is in Spain for COVID-19 treatment and will soon appear in front of a Spanish court. Brahim Ghali is accused of genocide and other crimes by many Spanish citizens and human rights organizations. More details on AP story:

Brahim Ghali, wanted by Spain justice for alleged genocide, to appear in court

MADRID (AP) — The leader of the Western Sahara independence movement at the heart of a diplomatic spat between Spain and Morocco will appear before an investigating judge in Spain on June 1, representatives of the Polisario Front in the country said Wednesday.

Brahim Ghali heads the Polisario Front and the self-declared Sahrawi Democratic Arab Republic based in refugee camps in western Algeria. He has been recovering from COVID-19 in a Spanish hospital, where he checked in under a false identity after arriving in the country with an Algerian diplomatic passport.

His presence has irked Rabat, which annexed the Western Sahara in the 1970s, and has been tied to the sudden arrival of more than 8,000 migrants — many of them unaccompanied children — to a Spanish enclave in northern Africa that shares a border with Morocco.

The Moroccan government has said that it won’t reinstate its ambassador to Madrid if Ghali leaves Spain with the same secrecy used for his arrival in mid-April and without answering for genocide allegations and other possible crimes that anti-Polisario groups accuse him of.

Ghali “will leave Spain when he’s out of danger, when the reason for him being in our country is no longer valid — that is, a critical medical situation,” she told reporters Wednesday.

She declined to comment on her contacts with Moroccan authorities, saying diplomacy requires discretion.

A Polisario official, who wasn’t authorized to be named in media reports, said that Ghali would abide by a National Court summons to testify on June 1 “in a show of trust of the Polisario Front in justice.”

Ghali had declined to sign a court summons delivered to him in mid-May, according to a police affidavit seen by The Associated Press.