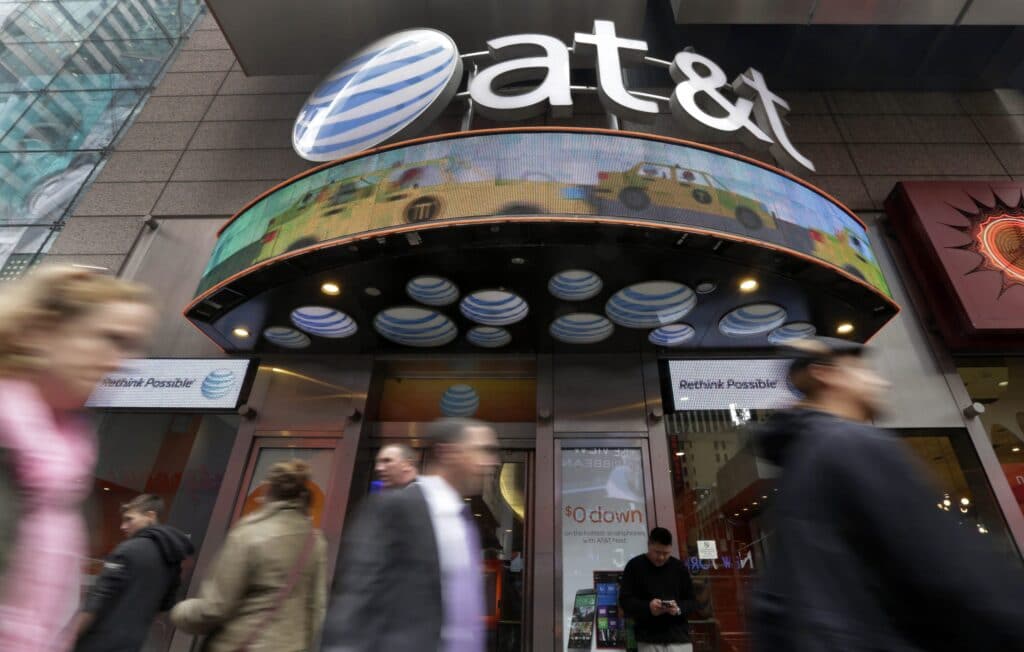 Major entertainment and news companies are merging in order to match and further hone in on consumers’ ever expanding appetite for streaming media. Now Discovery is merging with AT&T’s WarnerMedia, which runs HBO Max. The Associated Press has the story:

NEW YORK (AP) — The merger of Discovery and AT&T’s WarnerMedia operations, marrying the likes of HBO and CNN with HGTV and Oprah Winfrey, is another illustration of the head-spinning speed in which streaming has transformed the media world.

The companies are essentially placing a $43 billion bet that they’ll still be in the mix when consumers decide how to spend their monthly entertainment budgets.

The agreement was announced Monday after AT&T CEO John Stankey and his Discovery counterpart, David Zaslav, worked out the details in Zaslav’s Manhattan brownstone over the past two months.

“I think, together, the combination makes us the best media company in the world,” said Zaslav, who will run the new company if approvals are granted, probably sometime next year.

The deal also represents a strategic retreat for AT&T.

The hope for the newly merged company is that, with a wider array of material than either can offer on its own, it can join Netflix, Amazon and Disney in the widely acknowledged top tier of streamers.

Analysts say it also makes it imperative that services below that tier — think Paramount+ or Peacock — find some way to ramp up or risk being left behind.

WarnerMedia and Discovery both launched their own streaming services, HBO Max and Discovery+, within the past two years. It’s still not clear whether the merger will result in a single streaming service or several bundled together, but it will have a vast array of content to offer: scripted and reality TV, movies, sports including the NBA and NCAA men’s basketball tournament, and news with CNN.

With consumers figuring out which streaming services they use regularly and which they can give up, that depth means a better chance they will use this new one regularly, said Raj Venkatesan, professor of business administration at the University of Virginia. The average U.S. household spends $40 a month on streaming services.

“It either has something for everyone in the family, or is so diverse that it is hard to explain,” said Jim Nail, an analyst for Forrester Research.

David Schweidel, a business professor at Emory University, questioned whether consumers will be better off with the deal.

“If I do decide to cut the cord and I need three to five services to get what I had before, that bill could easily approach what I was paying for cable before,” Schweidel said. “This may end up hurting consumers.”

In a call with investors, Zaslav said he believes that the standalone company could garner “200, 300, 400 million” subscribers at some point in the future, but there were no details regarding a timeline.

The deal is a stark reminder of how much the entertainment world has changed, said Tim Hanlon, CEO of the media consultants Vertere Group.

“I think most consumers now look at live television as being something of an anachronism,” he said.

While it increases the pressure on smaller streaming services like Peacock or Paramount+ to find partners, those two are affiliated with the NBC and CBS television networks — so doing so would require a rethinking of the broadcast industry regulatory process, Hanlon said.

It’s the second time this year that AT&T has calved off a major acquisition as it navigates a rapidly evolving media landscape. In February, the company spun off satellite TV service DirecTV for a fraction of the $48.5 billion it paid in 2015.

Dallas-based AT&T acquired the former company Time Warner for more than $80 billion less than five years ago in a bid to control both sides of the entertainment process: the broadband and wireless services that help deliver entertainment to homes, and the entertainment itself. But the costs involved in trying to do both became a burden.

“That vision clearly has not panned out,” said CFRA analyst Tuna Amobi.

The new company will be able to cut costs by $3 billion annually, the companies said, money that could go toward original streaming content. It will house almost 200,000 hours of programming and bring together more than 100 brands under one global portfolio, including DC Comics, Cartoon Network, Eurosport, Magnolia, TLC and Animal Planet.

That likely means layoffs as the companies consolidate.

The deal is also likely to force major decisions on familiar brands. For instance, CNN Chief Executive Jeff Zucker said he expected to leave at the end of the year. But with the new company being led by Zaslav — who worked with Zucker at NBC in the 1990s — that equation could change.

Zaslav called Zucker an extraordinary talent. “It’s all about the talent, and so we’ll be figuring out how do we get the best people to stay,” he said.