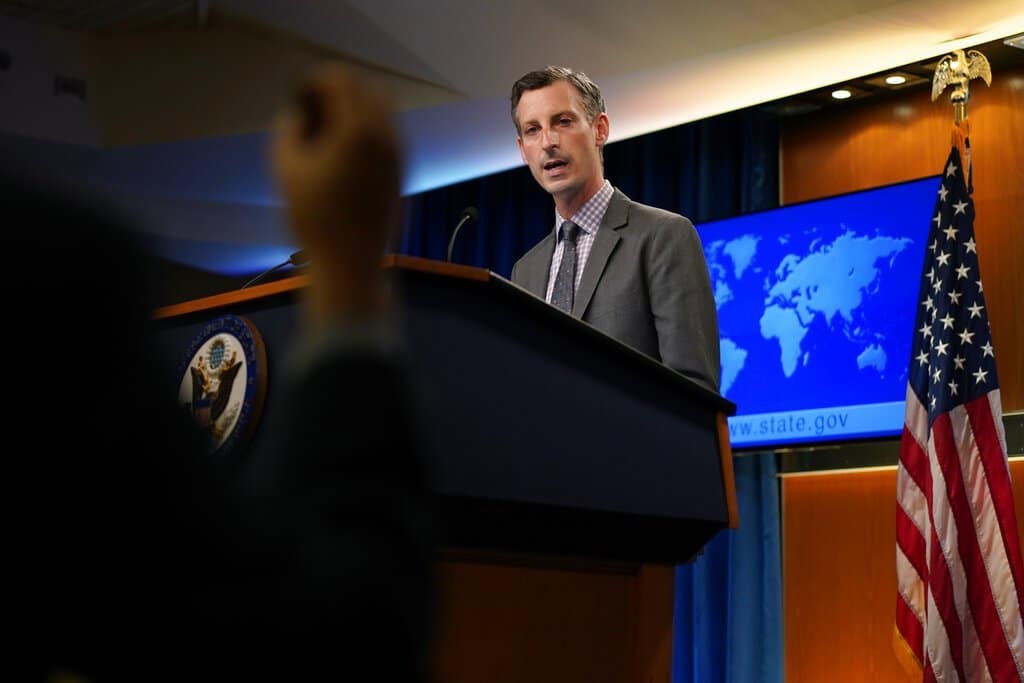 As expected, the Biden administration is considering rejoining the Iran nuclear deal that President Trump had exited. At the same time, it is becoming more generous than the Trump administration in granting Iraq extensions of time to continue using power from Iran. The Associated Press has the story:

WASHINGTON (AP) — The Biden administration on Thursday welcomed a European Union announcement that the participants in the Iran nuclear deal will meet this week to discuss a possible return of the United States to the 2015 accord.

Friday’s virtual meeting of officials from Britain, China, France, Germany, Russia and Iran comes as the U.S. is exploring ways to rejoin the deal that former President Donald Trump withdrew from in 2018. The State Department praised the meeting and said it would be watched closely by U.S. officials.

“We obviously welcome this as a positive step and that’s precisely because we have been clear for weeks now that we are ready to pursue a return to compliance with our (nuclear deal) commitments consistent with Iran also doing the same,” spokesman Ned Price said. “It’s a positive step, especially if it moves the ball forward on that mutual return to compliance that we’ve talked about for a number of weeks now.”

Earlier Thursday, the EU said one of its top diplomats, Enrique Mora, would chair the meeting. “Participants will discuss the prospect of a possible return of the United States to the (nuclear deal) and how to ensure the full and effective implementation of the agreement by all sides,” it said.

President Joe Biden has said the U.S. will to return to the deal if Iran comes back into compliance with it. Thus far, Iran has refused to entertain the offer unless the U.S. rescinds sanctions that Trump imposed on it. Iran already rejected an EU proposal for a meeting that included the United States. That proposal came in response to a Biden administration statement that it would accept an invitation to attend such talks.

Meanwhile, the State Department said it had extended a waiver that allows Iraq to continue to buy power from Iran without being subject to U.S. sanctions. The waiver was renewed for 120 days. An increase in shorter extensions that had become commonplace during the Trump administration.

Price said the extension was granted because of progress Iraq is making in developing its own electricity generation to reduce its reliance on outside sources of power. U.S. and Iraqi officials are resuming a strategic dialogue soon that places energy near the top of priorities and Washington hopes “will ultimately allow Iraq to develop its energy self-sufficiency, and we hope to end its reliance on Iran,” Price said.

“In the interim, renewal of the sanctions waiver is appropriate, until the agreement agreements and development of the Iraqi energy sector can be fully realized and implemented.,” he said. Price added that the U.S. believed the four-month extension was long enough for Iraq “to take meaningful action to promote energy self-sufficiency and to reduce its dependence on expensive Iranian energy.”

The Trump administration had only reluctantly approved such extensions because they ran counter to its “maximum pressure” campaign on Iran. Former Secretary of State Mike Pompeo had been granting the waivers but reducing their length to push Iraq to wean itself from Iranian electricity.