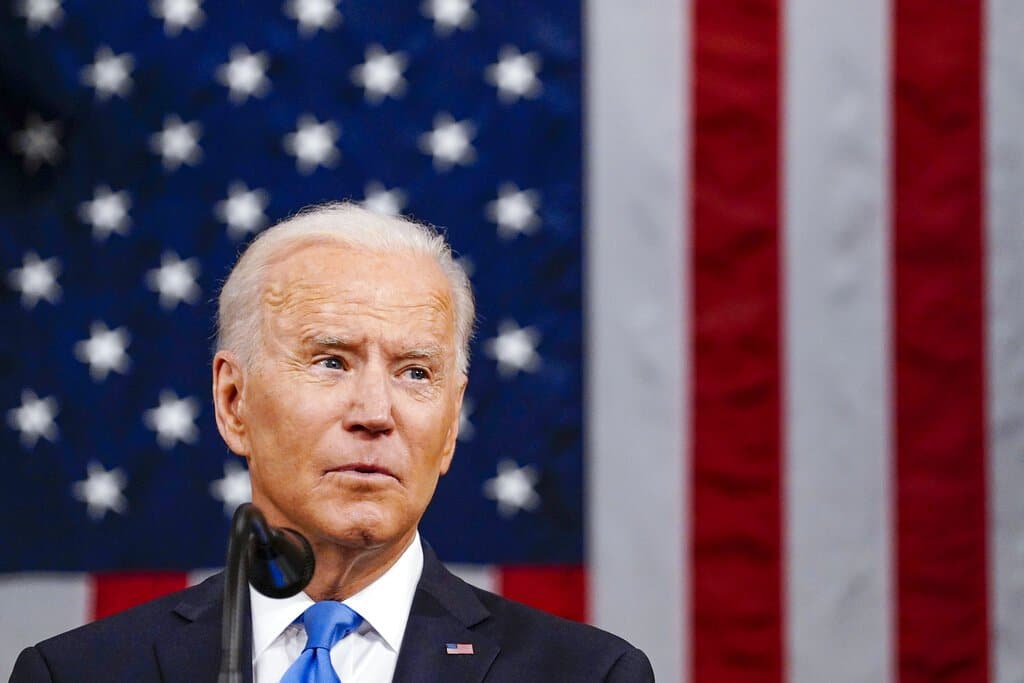 As expected, President Joe Biden is raising taxes on the wealthy. In order to pay for his massive infrastructure program and family plan, he is setting his sights on corporate loopholes, shelters and international havens. The Associated Press has the story:

Now, President Joe Biden is training the government’s sights again on the loopholes, shelters and international havens that have long allowed multinational companies to dodge taxes in ways that ordinary households cannot.

The idea is twofold: First, to help pay for Biden’s trillions in proposed spending — for everything from roads and bridges and green energy to internet access, job training, preschool and sick leave. And second, to shift more of the federal tax load onto companies and narrow America’s vast income inequality. Affluent investors reap the biggest windfalls when after-tax corporate profits accelerate.

Biden, in effect, wants to swing the pendulum back. At one time — the early-to-mid-1950s — corporations accounted for 30% of federal tax collections. Last year, their share barely topped 7%.

As corporations have generated an ever-smaller share of federal tax revenue, the burden has fallen more heavily on individuals, through the income tax and the levies that pay for Social Security and Medicare.

The president wants to stop companies from stashing profits in countries with low tax rates. To do so, he’s proposed a 21% minimum tax on multinationals’ foreign earnings and is urging other countries to follow suit. His plan would also rescind what the administration sees as international loopholes in Trump’s 2017 tax legislation.

To strengthen its ability to root out tax cheating, the administration has proposed adding $80 billion to the IRS budget over a decade to bolster the agency’s underfunded enforcement team. As part of his effort to reduce America’s wealth gap, he’s also proposed raising the tax rate on long-term capital gains for Americans who earn over $1 million a year.

Many analysts see Biden’s corporate tax plan as a gamechanger — if Congress embraces it.

If adopted, the 21% minimum global tax “effectively spells the end of the tax haven as we have come to know it,” said Alexander Arnon, an analyst at the nonpartisan Penn Wharton Budget Model, a research organization associated with the University of Pennsylvania.

Penn Wharton’s analysts estimate that a 21% minimum global tax and other international provisions of Biden’s tax plan would raise $987 billion from 2022 through 2031 — nearly half as much as Biden’s overall corporate tax plan would produce. Biden would collect an additional $892 billion from the centerpiece of his plan: an increase in the overall corporate tax rate to 28% from the 21% Trump slashed it to in 2017, the Penn Wharton analysis finds.

“It’s a terrific plan,” said Matthew Gardner, senior fellow at the left-leaning Institute on Taxation and Economic Policy. “We cannot have a sustainable corporate tax system until we solve this problem of companies shifting their intangible assets around. This plan should stop that dead.”

Republicans and business groups are already lining up in opposition. The Business Roundtable, an association of CEOs, reported that 76% of the top executives it surveyed said the 21% minimum global tax would weaken their company’s competitiveness by making them pay more tax on global earnings than their international rivals do. Biden’s tax hikes, the roundtable warned, could also limit corporate investment and hiring.

The Chamber of Commerce’s chief policy officer, Neil Bradley, argued that the Biden plan would “slow the economic recovery and make the U.S. less competitive globally.’’

In defense of Biden’s tax plan, his Treasury Department says it would target “excess” corporate profits — unnaturally high earnings that can result from a company’s near-monopoly power. Such companies already have so much cash available for investment that higher taxes wouldn’t dissuade them from, say, building a plant or hiring more workers, Treasury and some academic economists contend.

In the end, many analysts say they think that any agreement on a higher corporate tax rate could settle on around 25% — less than Biden would like but higher than the current rate.

Governments have long been vexed by how hard it is to collect taxes from corporations that run operations in multiple countries. The goal sounds straightforward: “What they’re trying to do is tax where the economic activity takes place,’’ said Ronald Graziano, managing director of accounting and tax research at Credit Suisse.

But the Organization for Economic Cooperation and Development estimates that governments lose up to $240 billion a year to companies that shift earnings among countries to lower their tax bills.

The Biden plan would strengthen provisions aimed at preventing companies from gaming the system — by, say, having their U.S. operations buy supplies from an affiliate in a tax haven, thereby creating a deductible expense in the higher-tax United States while putting profits in a low-tax jurisdiction.

Existing law also lumps all foreign earnings together, giving companies the ability to shift earnings and tax credits among countries to minimize their U.S. tax bill.

“Right now, it’s like a blender approach,” Gardner said. “Companies are allowed to throw all their foreign income into one big bucket in calculating this stuff. And that leaves room for a company that has a bunch of assets in a high tax-rate jurisdiction to throw stuff into the Caymans just for the hell of it.’’

The Biden plan seeks to end that by assessing taxes on a country-by-country basis: If a company pays zero tax in a tax haven, its earnings in that country would be subject to the full 21% U.S. global minimum tax.

Overall, corporations would face a tax hike. Among big multinationals, Credit Suisse estimates, the effective tax rate — what companies actually pay — would rise from 14% to 18% for Apple, 17% to 22% for Microsoft, 16% to 22% for Google parent Alphabet and 12% to 17% for Facebook. Part of the higher tax burden would ultimately fall on wealthy individuals, who disproportionately own shares in corporate stock: New York University economist Edward Wolff has found that the richest 10% of Americans own about 85% of stock wealth.

The Biden administration is endorsing an OECD push to get countries to sign on to a minimum global tax like the one it’s proposing for U..S. companies. The idea is to stop countries from slashing corporate tax rates to outbid each other for multinational corporations — at the cost of losing revenue that could help finance public works projects and social spending.

For the United States, though, international cooperation is “not strictly necessary to make the Biden plan work,” Gardner said. “If we put this into place unilaterally and gave the IRS the tools it needs to enforce the laws — that’s all you need.’’

As early as 1962, the Kennedy administration sought to collect more tax from multinationals. But history suggests that corporate giants — and their armies of accountants, tax lawyers and lobbyists — are endlessly creative at finding ways to keep earnings away from the IRS.