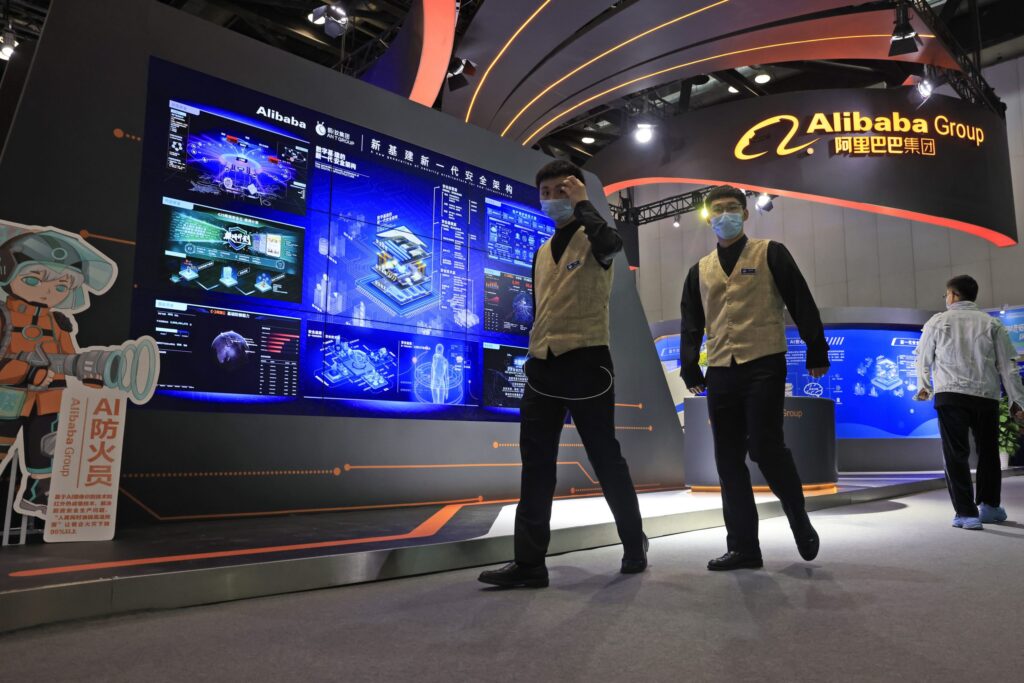 The Chinese technology firm Alibaba suffered an operating loss for the first time after going public in 2014. It may be due to a record $2.8 billion fine the Chinese government hit it with over abusing its market position. The Associated Press has the story:

Fined by Beijing, Alibaba has first operating loss since going public in 2014

HONG KONG (AP) — Alibaba had its first quarterly operating loss since it went public in 2014 after Beijing slapped a record $2.8 billion fine on the nation’s largest e-commerce company for abusing its market position.

At the opening bell on the NYSE Thursday, shares tumbled more than 6%.

Authorities launched an investigation into Alibaba last year and abruptly halted the $37 billion initial public offering of shares from its financial affiliate Ant Group as Beijing grew increasingly concerned over the growing influence of technology giants in China.

Beijing has fined multiple technology firms over antitrust violations and has since launched a probe into Alibaba rival Meituan over suspected anti-competitive behavior.

“We have stated that we accept the penalty with sincerity and will ensure our compliance with determination,” said Alibaba chairman and CEO Daniel Zhang in an earnings call Thursday.

“The penalty decision motivated us to reflect on the relationship between a platform economy and society as well as our social responsibilities and commitments,” he said.

The company said Thursday that it expects revenue in this fiscal year, which ends in March 2022, to grow by more than 30%, reaching over 930 billion yuan ($144 billion). That is better than most industry analysts are expecting. .

It also reported a total of 811 million annual active users for the quarter ended March.

Alibaba Group Holding’s New York-listed stock has fallen 14% since Beijing announced that its investigation into the company.