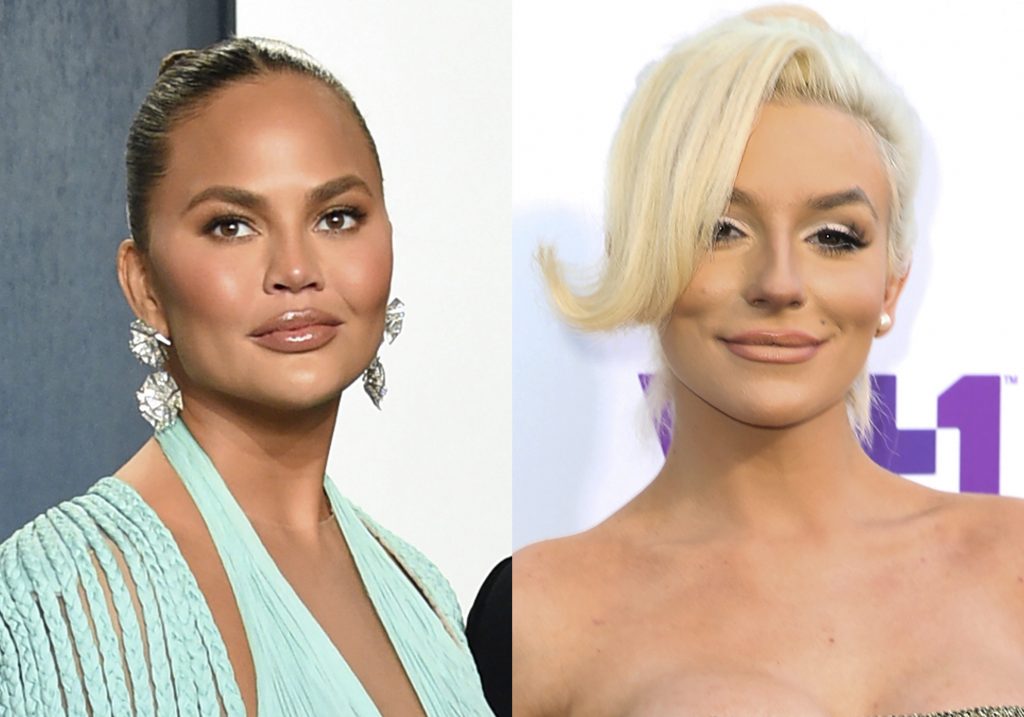 Model Chrissy Teigen is in hot water for saying horrible things to then-teenage celebrity Courtney Stodden several years ago. Stodden had married a much older man at age 16, and Tiegen responded by telling the teen she should kill herself. The Associated Press has the story:

Model Chrissy Teigen apologizes for vicious messages she sent Courtney Stodden, who married a much older man when she was 16

“Not a lot of people are lucky enough to be held accountable for all their past (expletive) in front of the entire world. I’m mortified and sad at who I used to be. I was an insecure, attention seeking troll,” Teigen tweeted Wednesday in a long thread.

She continued: “I have worked so hard to give you guys joy and be beloved and the feeling of letting you down is nearly unbearable, truly. These were not my only mistakes and surely won’t be my last as hard as I try but god I will try!!”

The 35-year-old Teigen, with more than 13 million followers on Twitter, was in her mid-20s when she harassed Stodden. That included tweets urging Stodden to end their life. Stodden is a reality TV personality who identifies as non-binary and uses the pronoun “they.”

Stodden told the Daily Beast that Teigen’s harassment and that of many others came as they faced intense media criticism at age 16 for marrying 51-year-old Doug Hutchison in 2011. The two divorced last year. The marriage led to international fame for the young model and singer-songwriter from Washington state, including TV appearances on “Celebrity Big Brother” and her own “Courtney.”

“All of me wants to believe this is a sincere apology, but it feels like a public attempt to save her partnerships with Target and other brands who are realizing her `wokeness’ is a broken record,” Stodden said.