Covid-19 Pandemic is it, indeed, A Wuhan China Virus? 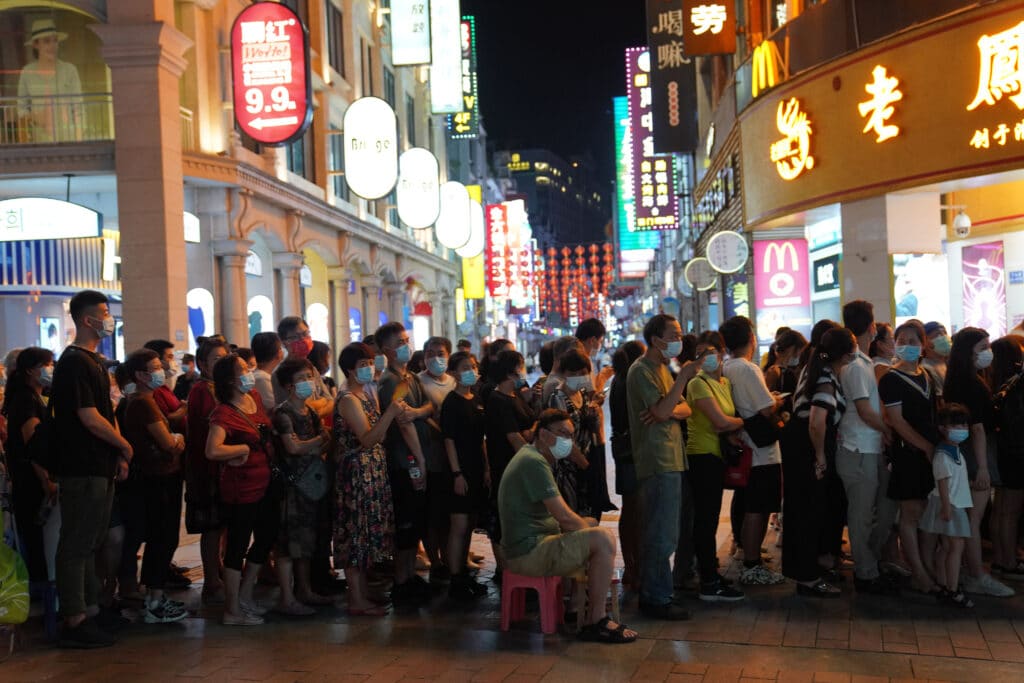 Covid-19 Pandemic is it, indeed, A Wuhan China Virus?

Nearly a year and a half has passed since the first cases of COVID-19 were detected in Wuhan, China. It is believed that over 171 million people worldwide have been infected with COVID with more than 3.5 million deaths. Evidence is mounting that it is not a coincidence that Wuhan is also home to the Wuhan Institute of Virology that is widely known to be one of the world’s leading research centers on bat coronaviruses. And the Chinese regime’s original explanation that the virus was from a local “wet-market” has been known to be false for over a year.

Facts now make it clear COVID spread in China first and from there spread around the globe. Facts are stubborn things. Facts don’t care if they annoy you, or if they support or disprove your preferred narrative. Facts just are. So here are some facts:

First, the totalitarian Chinese regime has clearly hidden facts, lied about the virus and interfered with the world’s efforts to learn about how the virus began and spread. This was information that would have helped in prevention of its spread and treatment of early sufferers. The information out of China was almost entirely false.

Chinese whistleblower, Dr. Li Wenliang, who was treating early COVID patients in a Wuhan hospital tried to warn the world how serious the pandemic was, but he was silenced by Chinese officials who warned him to “stop making false comments” and “spreading rumors.” It turns out Dr. Wenliang was telling the truth and it was the Chinese regime that was lying. We are told that Dr. Wenliang died shortly thereafter of the virus.

Second, the World Health Organization (WHO) has been very helpful to China throughout the pandemic — even parroting the most implausible narratives provided by the regime. But the evidence has mounted and now the WHO and 14 nations have accused China of withholding critical data. Even Biden Press Secretary Jen Psaki has admitted that Chinese authorities “have not been transparent, have not provided underlying data — that certainly does not qualify as cooperation.”

Third, the Wuhan Institute of Virology was known and documented to be working on a virus that came from bats and manifested itself a lot like COVID-19. This research began almost a decade ago.

Fourth, intelligence reports reveal that three researchers at the Wuhan lab became so sick in November of 2019 with COVID-like symptoms that they were sent to the hospital. Shortly thereafter, the virus began spreading around the globe — first in spots that had significant business travelers from China.

Fifth, UK intelligence sources that were once skeptical of the Wuhan lab leak theory now believe that the virus leaking from the Wuhan lab is very plausible and entirely consistent with all currently known facts.

Sixth, evidence is mounting that COVID isn’t a naturally occurring virus — increasing the likelihood that it came from a lab, not a bat cave. The early assurances by the WHO, Dr. Anthony Fauci, and others that it was a naturally occurring virus were without credible proof and were designed simply to tamp down the idea that the virus was man-made. We now have the evidence to prove that they were wrong and should have known it.

Some have argued that calling COVID-19 the China Virus or the Wuhan Virus is xenophobic or racist. But this is manifestly silly. Historically, naming diseases for the place where they were first discovered is quite common and was not based on any racial animus. For example, the frightening disease Ebola is named for the Ebola River in the Democratic Republic of Congo. Lyme’s disease which is carried by deer ticks is named for Lyme, Connecticut. Legionnaire’s Disease is named for the 1976 outbreak that spread through the air conditioning of a hotel in Philadelphia where the American Legion was holding its annual convention. Norovirus is named for Norwalk, Ohio.  Zika Fever is named for a forest in Uganda. There’s also German Measles, West Nile virus, Rocky Mountain Spotted Fever, and MERS which stands for Middle East Respiratory Syndrome. Even the Spanish flu of 1918 was named for the nation that seemed to be the epicenter even though it is not now clear that was accurate.

None of these names were originated because of hatred for the American Legion, or the residents of Lyme, Connecticut, or Spain, or Germany or any other place. There is nothing racist or xenophobic about naming an illness for the place or region where it was first discovered. But China’s lies have certainly made the totalitarian regime worthy of distrust.

The best evidence shows that this virus did, indeed, come from Wuhan, China. It was likely an accidental leak from the local virology lab where it appears, they were doing gain of function research. Some have posited the virus was released purposefully as part of a plan.  Given the totalitarian regime’s track record that isn’t an insane theory. But we don’t currently have the proof that is was done on purpose. And some investigative experts have said that precise origins of the virus will never be fully known because of the Chinese regime’s secrecy and destruction of evidence. So those who demand ironclad proof, may be demanding something that China’s government has already destroyed.  This, of course, brings us back to consciousness of guilt. But at this point, the evidence is pretty clear — COVID is, indeed, the China Virus — or, if you prefer, the Wuhan Virus. Those are the facts. Read more by the Author