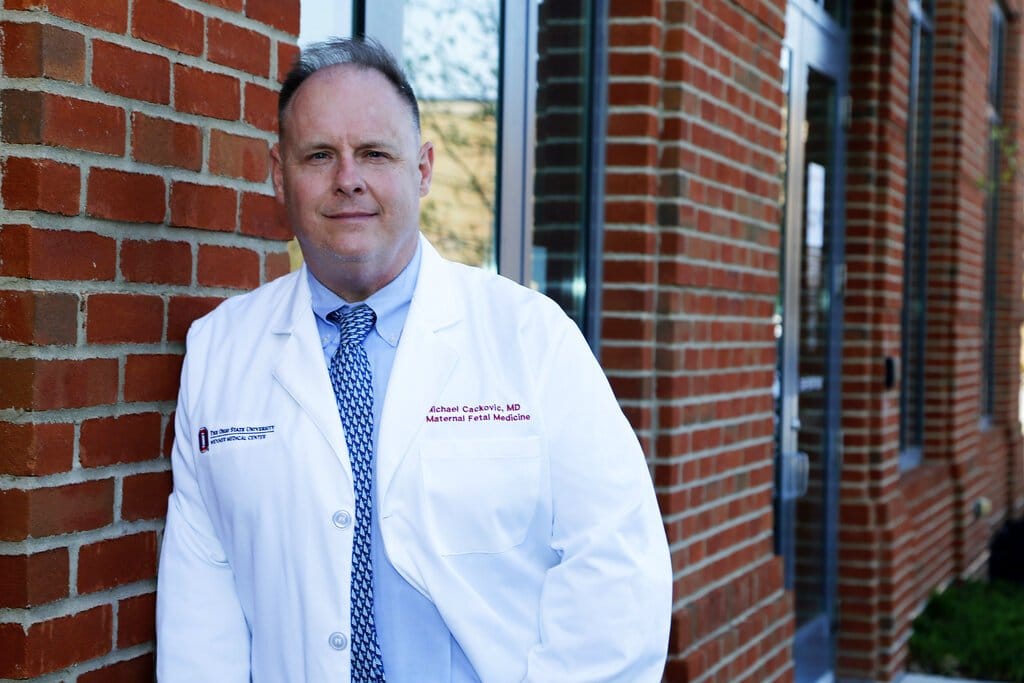 Bans on abortion after a fetal heartbeat can be detected have been passed in 13 states. However, some experts in medicine state that “the first detectable fetal heartbeat” may occur when the embryo is still a fetus and does not yet have a heart. The Associated Press has the story:

NASHVILLE, Tenn. (AP) — Dr. Michael Cackovic has treated his share of pregnant women. So when Republican lawmakers across the U.S. began passing bans on abortion at what they term “the first detectable fetal heartbeat,” he was exasperated.

That’s because at the point where advanced technology can detect that first flutter, as early as six weeks, the embryo isn’t yet a fetus and it doesn’t have a heart. An embryo is termed a fetus beginning in the 11th week of pregnancy, medical experts say.

“You cannot hear this ‘flutter,’ it is only seen on ultrasound,” said Cackovic, a maternal fetal medicine specialist at Ohio State University’s Wexner Medical Center, where some 5,300 babies are born each year.

Yet bans pegged to the “fetal heartbeat” concept have been signed into law in 13 states, including Cackovic’s home state of Ohio. None has taken effect, with all but the most recently enacted being struck down or temporarily blocked by the courts. Now, one of the most restrictive, signed by Tennessee’s Republican Gov. Bill Lee last year, goes before the 6th U.S. Circuit Court of Appeals on Thursday.

Proponents of these so-called “heartbeat bills” are hoping for a legal challenge to eventually reach the U.S. Supreme Court, where they look for the conservative coalition assembled under President Donald Trump to end the constitutional right to abortion protected under the high court’s landmark 1973 Roe v. Wade ruling.

The notion that abortion as early as six weeks into pregnancy “stops a beating heart” was arguably the stroke of political genius that eventually helped the measures rise above persistent constitutional concerns in the states that have backed them.

The concept’s originator, Ohio anti-abortion activist Janet Folger Porter, spoke openly about her strategy in an email to supporters last year — deftly side-stepping whether the packaging of the bill was medically true.

‘Abortion stops a beating heart’ has been a popular slogan

“The slogan, ‘Abortion stops a beating heart,’ has long been an effective way to highlight the injustice and inhumanity of abortion,” Porter wrote of the state’s law, the Ohio Heartbeat Protection Act.

And, she found, hearts were easy to market.

During the decade-long battle to pass Ohio’s law, Porter punctuated her lobbying efforts with heart-shaped balloons and teddy bears. She urged supporters to “take heart” when faced with obstacles — and beseeched lawmakers to “have a heart” and vote “yes” despite their constitutional concerns.

For now, abortion remains legal in all 50 states, though 43 have some form of restriction on the procedure after a fetus becomes viable outside the womb, generally between 24 and 28 weeks.

John Culhane, a law professor at Widener University who co-directs its Family Health Law and Policy Institute, said the anti-abortion lobby’s marketing of “heartbeat bill” legislation is “all an attempt to make a fetus into a person.”

“The ‘heartbeat,’ it literally tugs at the heartstrings, it makes you feel like, ‘Why would you do this?’ Never mind that there’s not a heart” yet in the embryo, he said.

However, attorneys are quick to point out that medical inaccuracy is not a legal argument.

In the war of words over abortion, however, battles have erupted before over politically charged, inaccurate or vague terminology used in abortion laws.

“It is very common to use non-medical language to publicly talk about a medical procedure,” said David Cohen, professor of law at Drexel University’s Kline School of Law.

“The law needs precision in order to know exactly what is being regulated,” Cohen said. “So in medicine it would be by using medical terminology.”

Cackovic, the fetal medicine specialist, said the current “heartbeat laws,” are based only on “our amazing technological advances” that allow detection of the earliest signs of embryonic cardiac activity, “and nothing else.”

A ‘disorganized jumble of tissue’

A pioneering 2013 University of Leeds study, for example, found that while four clearly defined chambers appear in the human heart from the eighth week of pregnancy, they remain “a disorganized jumble of tissue” until around the 20th week, much later than previously expected.

Abortion opponents don’t see it that way, viewing the use of antiseptic medical terms to describe what happens in pregnancy as a political tactic of its own.

The hosts of CareCast, a podcast sponsored by the anti-abortion nonprofit Care Net, called out news outlets last year for using terms such as “pulsing” or “fetal cardiac activity” rather than “heartbeat,” accusing them of employing “euphemisms” and “verbal gymnastics” in order to dehumanize the unborn.

“They are literally inventing new ways of talking about a heartbeat so that they can try to avoid giving any sort of human attributes to the fetus,” said Vincent DiCaro, the group’s chief outreach officer. President and CEO Roland Warren asserted that abortion rights groups use medical terms so they can “maximize the atrocity” against human life. He equated it to the Nazis’ dehumanization of the Jews.

Culhane said vague or imprecise language could be a powerful argument against “heartbeat laws” in the courts — should the battle ever advance beyond the laws’ impacts on a woman’s constitutional right to abortion.

“These days, courts are really vigilant about looking at statutes to make sure that they provide notice about what conduct exactly is prohibited,” the Widener University law professor said.

“Because we don’t want people to have to guess and then find that they’re on the wrong side of the law.”