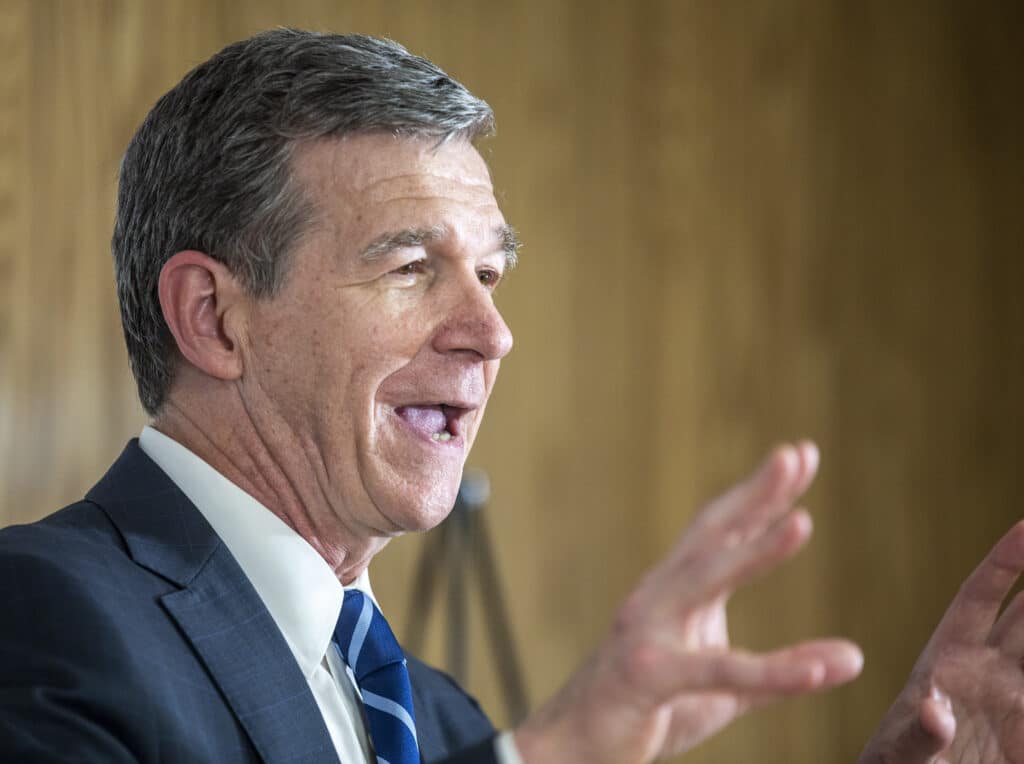 The North Carolina State Legislature passed a tough bill on abortion, that would prevent women from getting them based on the fetus’s race, sex or presence of Down syndrome. However, North Carolina Governor Roy Cooper has generally rejected bills restricting abortions. The Associated Press has the story:

RALEIGH, N.C. (AP) — North Carolina senators approved a bill on Thursday to bar women from getting abortions on the basis of race, sex or a prenatal diagnosis of Down syndrome.

It now heads to Democratic Gov. Roy Cooper, who is unlikely to sign it, having rejected previous anti-abortion restrictions.

Abortion rights groups say the Republican-led bill, which was universally opposed by Senate Democrats and supported by only six Democratic House lawmakers, would prevent women from having open conversations with their doctors and deny their constitutional right to an abortion. It cleared the Senate on Thursday by a vote of 27-20.

If it becomes law, House Bill 453 would require North Carolina abortion providers to sign a statement confirming that a woman isn’t seeking to end her pregnancy to avoid having a child with Down syndrome, or a baby of an unwanted race or gender.

Republican proponents say prenatal tests that confirm the presence of Down syndrome can sometimes be inaccurate, prompting women who wouldn’t otherwise do so to terminate their pregnancy. Sen. Joyce Krawiec, a Forsyth County Republican, said the measure prevents discrimination and “modern-day eugenics.”

“Children should not have to pass a genetic test to earn the right to be born,” Krawiec said.

Some Democratic lawmakers have warned that the bill could force women to carry out pregnancies if they tell their doctor that a prenatal diagnosis of Down syndrome factored into their decision not to go through with the pregnancy, even if it was not the motivating force.

Sen. Sarah Crawford, a Democrat who represents Franklin and parts of Wake County, described how she has personally experienced joy serving children and adults with disabilities through her role as the head of the Tammy Lynn Center for Developmental Disabilities. But she acknowledged some parents may not feel equipped to take care of a child with Down syndrome and said those parents shouldn’t be compelled to give birth.

“This bill is not about the joy that people with disabilities bring to the world,” Crawford said. “This bill is about controlling women. Simple as that.”

The American Civil Liberties Union of North Carolina and Planned Parenthood South Atlantic are urging Cooper to reject the proposal.

“Politicians should never have control over private family decisions nor should they force a person to carry a pregnancy to term against their will,” said a statement from Susanna Birdsong, North Carolina director of public affairs of Planned Parenthood South Atlantic.

Cooper’s office did not immediately respond to a request for comment on the proposal.

Anderson is a corps member for the Associated Press/Report for America Statehouse News Initiative. Report for America is a nonprofit national service program that places journalists in local newsrooms to report on undercovered issues.