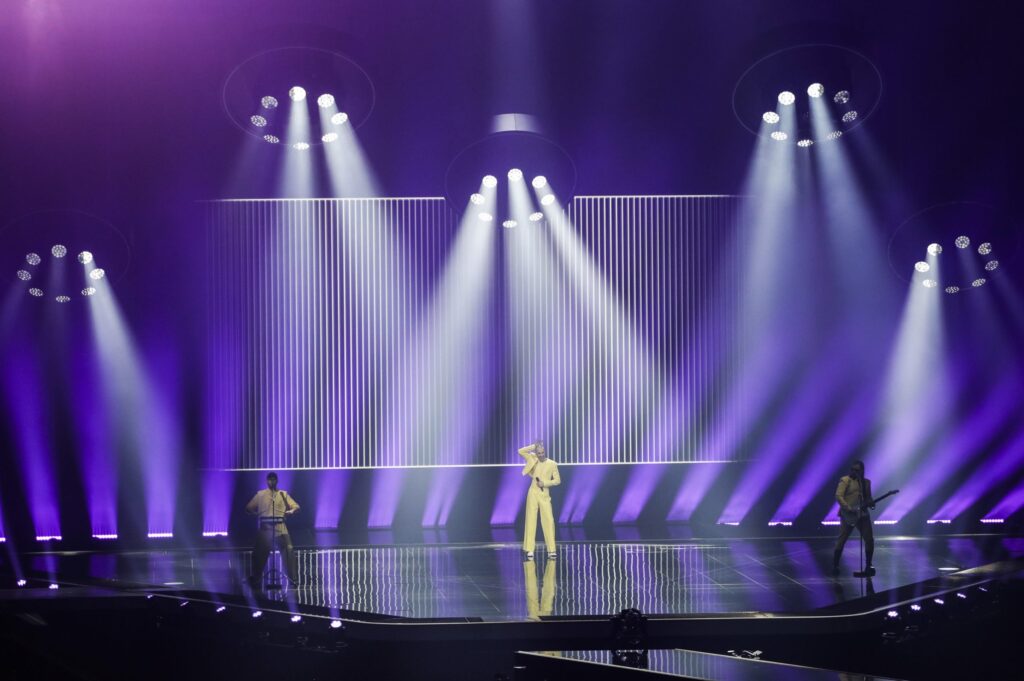 Contestants from Europe, Australia and Israel will perform 39 songs at the popular Eurovision Song Contest starting Tuesday night. Last year, the event was canceled due to COVID-19, but this year almost all of the contestants will perform in person on location in the Netherlands. The Associated Press has the story:

After missing a year due to the coronavirus pandemic, the immensely popular contest opens in the Netherlands with the first semifinal, featuring 16 acts vying for 10 places up for grabs in Saturday’s grand final.

The competition, which this year will spotlight contestants performing 39 national songs from nations across Europe as well as Australia and Israel, is one of the largest events staged in Europe since the pandemic began. It is taking place as the continent begins to tentatively emerge from lockdowns and infection-control restrictions.

A crowd of 3,500 — tested for the virus ahead of time — was allowed into Rotterdam’s Ahoy arena to watch the performances live. The number represents a fraction of arena’s capacity.

Some fans waiting to get in waved Dutch national flags. Others dressed up for the show known for its popularity among the LGBTQ community.

Geert van den Berg was attending in a purple dress and white wig accessorized with a red feather. His partner, Roberto, wore a short skirt made up of the flags of the participating nations.

“Eurovision is very important for me. We, my partner and me,…this is the 10th time we are going to Eurovision,” he said. “We like it so much because all countries are together. It’s always a party, it’s always fun.”

For Saturday’s final, a total of 20 winners from the semifinals on Tuesday and Thursday will join contestants from the so-called big five of Italy, France, Germany, Spain and the United Kingdom, along with the representative of host nation the Netherlands.

Australia’s act, Montaigne, is the only performer not attending the event in Rotterdam because of coronavirus restrictions. Instead, she is participating in the semifinal with a recorded live performance.

Last on stage Tuesday is one of the bookmakers’ favorites for the title, 18-year-old Maltese singer Destiny. Other acts showing strongly in the bookies’ odds were Italian rock band Maneskin and French singer Barbara Pravi. They enter the musical fray in Saturday night’s final.

At the other end of the age scale from Destiny is veteran Belgian band Hooverphonic, featuring the oldest performer at this year’s event, 61-year-old Raymond Geerts.

Despite a tight regime of testing, hygiene and social distancing, organizers didn’t manage to completely keep COVID-19 out. A member of Poland’s delegation and one from the Iceland team tested positive in recent days.

Delegations from Malta and Romania were staying in the same hotel, and all underwent precautionary testing that came back negative, allowing them to take part in Tuesday’s semifinal.