Far right making gains in Spain due to COVID-19 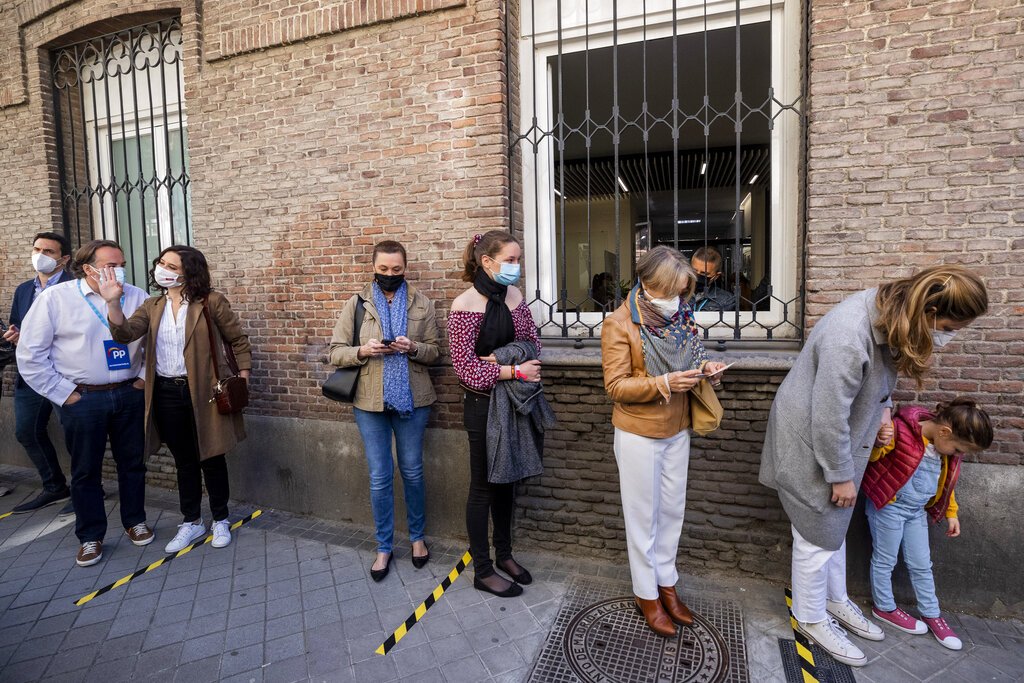 Spanish regional President Isabel Díaz Ayuso called for an early election and opened up to an alliance with the far right, after criticizing the national left-wing government for its handling of the pandemic. An opinion poll shows she will win a solid victory. The Associated Press has the story:

MADRID (AP) — Madrid residents voted in droves Tuesday for a new regional assembly in an election that tested the depths of resistance to virus lockdown measures and the divide between left-wing and right-wing parties.

Regional President Isabel Díaz Ayuso, who called the early election by dissolving her center-right coalition, had set off to broaden her power base and open up to an alliance with the far-right. She has criticized the national left-wing government’s handling of the pandemic and resisted strict infection-control measures.

An opinion survey conducted before the vote and published as voting stations closed predicted that Díaz Ayuso would earn a solid victory with 43% of the votes. That level of support would more than double the number of seats for her conservative Popular Party in the Madrid assembly, according to the GAD3 survey of 8,500 voters.

The poll was conducted by phone between April 17-May 3 and has a 1% margin of error.

Long queues of socially distanced voters formed outside polling stations Tuesday in schools, sports centers and even a bullring, despite concerns due to the high rate of new infections.

More than 69% of the 5 million eligible voters had voted by 7 p.m., an hour before voting ended, up from 64% in the previous regional election in 2019.

Older adults were encouraged to cast their ballots during a 2-hour period mid-morning and the hour before polls close was reserved for people quarantining because of COVID-19.

Far right upstart party Vox could be kingmaker in the election

Díaz Ayuso has gained increasing popularity among voters who in recent elections were attracted to the populism of Vox, an upstart far-right party that could become kingmaker in Tuesday’s election.

The Madrid region is Spain’s main economic engine and the country’s busiest transportation hub. It’s home to 14% of Spain’s 47 million people but has recorded nearly one-fifth of the country’s 3.5 million confirmed virus cases and of the national pandemic death toll of over 78,000.

The only incident reported was a brief semi-naked protest by the activist group Femen who held signs reading “It’s not patriotism, it’s fascism” outside where Vox’s main candidate voted.