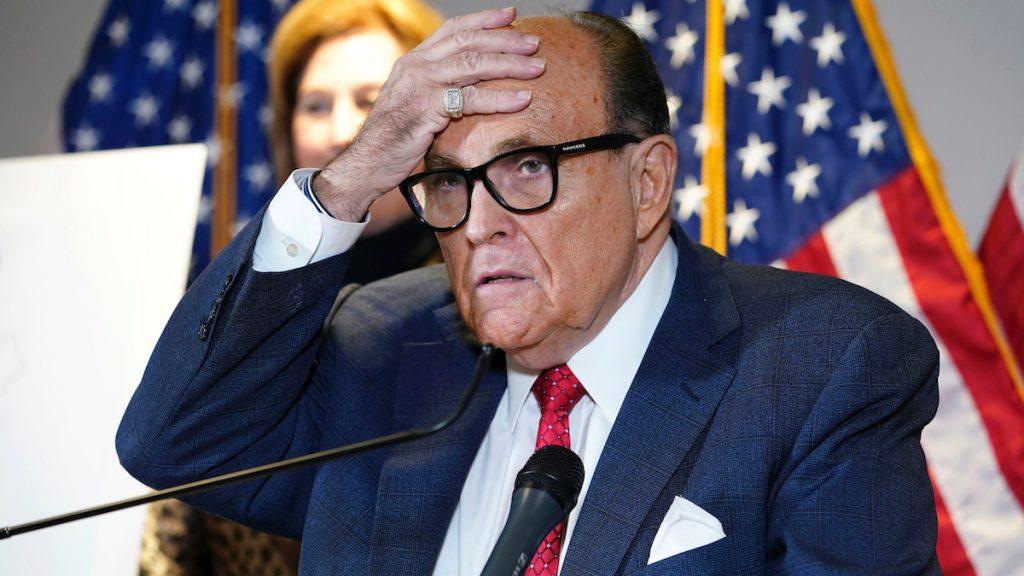 The Department of Justice executed search warrants allowing investigators to search the Manhattan home and office of Rudy Giuliani. A source said electronic devices were seized. The Associated Press has the story:

Investigators executed warrants at Giuliani’s home on Madison Avenue and his office on Park Avenue and seized electronic devices, a person familiar with the investigation told the AP.

The officials could not discuss the investigation publicly and spoke to the AP on condition of anonymity. News of the search was first reported by The New York Times.

The federal probe into Giuliani’s overseas and business dealings had stalled last year because of a dispute over investigative tactics as Trump unsuccessfully sought reelection, and amid Giuliani’s prominent role in subsequently disputing the results of the contest on Trump’s behalf.

Although the warrants do not mean that charges are near or even expected, it nonetheless represents a significant escalation in the investigation and means that law enforcement officials have persuaded a judge that there’s probable cause to believe a search of Giuliani’s property will turn up evidence of a crime.

The full scope of the investigation is unclear, but it at least partly involves the Ukraine dealings, law enforcement officials have told the AP.

Giuliani was central to the then-president’s efforts to dig up dirt against Democratic rival Joe Biden and to press Ukraine for an investigation into Biden and his son, Hunter — who himself now faces a criminal tax probe by the Justice Department. Giuliani also sought to undermine former U.S. ambassador to Ukraine Marie Yovanovitch, who was pushed out on Trump’s orders, and met several times with a Ukrainian lawmaker who released edited recordings of Biden in an effort to smear him before the election.

Federal prosecutors in Manhattan had pushed last year for a search warrant for records, including some of Giuliani’s communications, but officials in the Trump-era Justice Department would not sign off on the request, according to multiple people familiar with the investigation who insisted on anonymity to speak about an ongoing investigation.

Officials in the deputy attorney general’s office raised concerns about both the scope of the request, which they thought would contain communications that could be covered by legal privilege between Giuliani and Trump, and the method of obtaining the records, three of the people said. The people could not discuss the investigation publicly and spoke to AP on condition of anonymity.

The issue was widely expected to be revisited by the Justice Department once Attorney General Merrick Garland assumed office. Garland was confirmed last month and Deputy Attorney General Lisa Monaco was confirmed to her position and sworn in last week. The Justice Department requires that applications for search warrants served on lawyers be approved by senior department officials.

A Justice Department spokesperson did not immediately respond to a request for comment. The U.S. Attorney’s office in Manhattan and the FBI’s New York office declined to comment Wednesday.