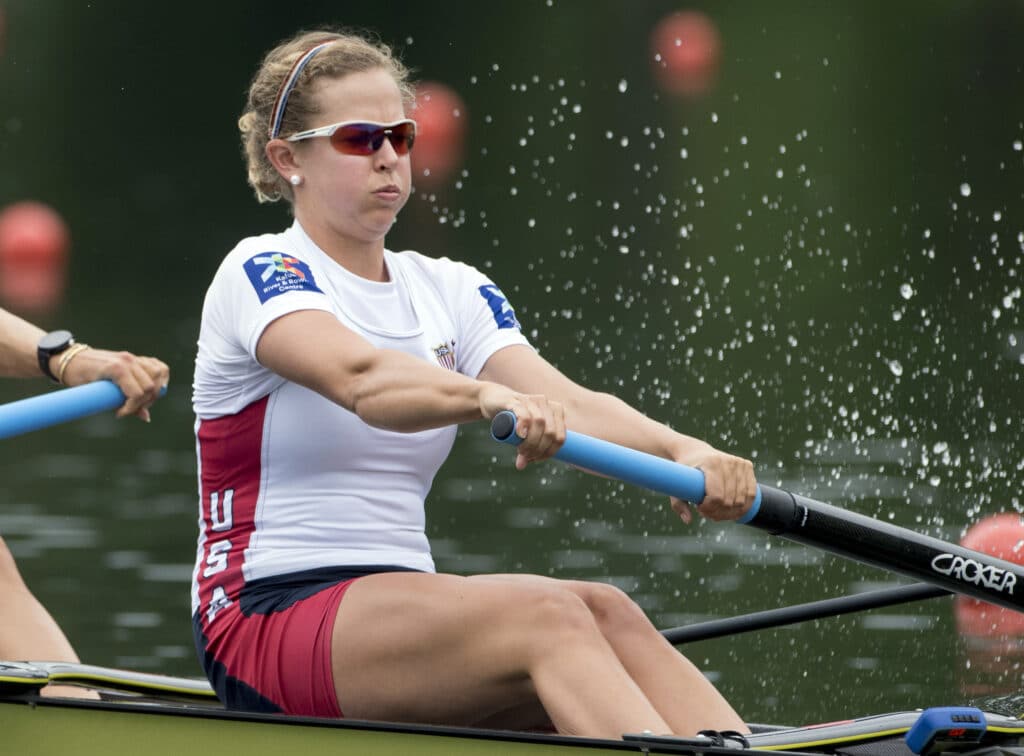 Thanks to the International Olympic Committee adding 18 new events to the Tokyo Games in an effort to improve gender equity, women’s participation will be at 49%. Only baseball and softball will have more men, due to differing roster sizes. The Associated Press has the story:

(AP) Grace Luczak had left competitive rowing and taken a job in the private sector when a move toward gender equity at the Tokyo Games lured her back into a boat.

A women’s rowing event was added to create a more inclusive Olympics, which meant four additional seats on the U.S. team and a spot for Luczak.

“It’s really hard to make the decision to come back, to plan financially to be out of work for a year,” Luczak said. She thought a second consecutive Games wasn’t possible for a veteran until the seats were added.

“There are four more seats. Four. And it’s the first gender-equal Olympics. How can you not try?”

Most of the public attention goes to the big sports — gymnastics, swimming, track and field — but away from the spotlight, women from niche sports are being recognized and given an Olympics chance.

The International Olympic Committee added 18 new events to the Tokyo Games in a push toward gender equity. There are an equal number of women and men for every sport, excluding baseball and softball because of differing roster sizes.

The IOC said women’s participation in Tokyo will be 49%, up from 45% at Rio, a nearly even split with the men. The committee also noted that when women made their Olympic debut at the Paris Games in 1900, there were only 22 females out of 997 total athletes. Those pioneers competed across five sports, among them croquet and equestrian.

“Tokyo 2020 is predicted to be the most gender equal yet with female participation,” the IOC said.

The new opportunities come in several sports and several sizes: Great Britain, for example, is sending more women than men to the Olympics for the first time. In water polo, two additional teams were added, for a total of 10. It’s still two shy of the men’s tournament, but a win for the women’s movement.

Gains for women in many cases meant fewer opportunities for men. Boxing will feature 100 women in five classes, up from 36 fighters over three classes in Rio. But two men’s classes were dropped.

Weightlifting this year is equal at seven teams for both men and women, but reached the mark by dropping a men’s team. Women’s canoeing was added, but the men’s 200 and men’s kayak double 200 were dropped — a decision met with unfavorable reaction from male athletes when it was announced in 2016.

Erik Vlcek, who took silver with Slovakia in Rio, argued when women’s canoe was added that females should only kayak because females canoeing “doesn’t look good.” A Czech paddler joked canoeing is harmful to a woman’s posture.

The changes went through, to multiple sports, with rifle probably undergoing the most change. The sport lost men’s prone rifle, men’s free pistol and men’s double trap, all replaced by mixed team events in air rifle, air pistol and trap.

Luczak, now 32, knows she benefited at the expense of male teammates. The women’s coxless four returns to competition for the first time since 1992, but it replaces the men’s lightweight coxless four.

“It’s not great when you have to take something away from the men’s side to add to the women’s. It’s never fun seeing people find out their opportunity is gone,” Luczak said. “But in creating an equal number of opportunities, it shows there is a pathway for female athletes.”

Luczak left her fiancé behind at home and moved in with a host family in Princeton, New Jersey, while she trained. She also traded a paycheck for a stipend, simply because the four additional seats were too tantalizing for her to not even try.

Tightening the gender gap was a cause for many women. The equality issues were heightened when discrepancies for men and women were exposed at this year’s NCAA basketball tournament. Images shared on social media of the women’s grossly underequipped weight room became the symbol for the injustices all female athletes have suffered in the shadow of men.

Former Stanford water polo player Maggie Steffens said the gender inequality at the NCAA tournament “hurt my heart to see” but was also an eye-opener. Steffens is a two-time Olympic gold medalist, two-time Olympic MVP and captain of the U.S. women’s team, but she had always assumed the better-known women’s sports received better treatment than water polo.

“The women’s basketball teams are in the tournament, they have all these fans, they’re on TV and you think ‘Look how lucky they are,’” Steffens said. “But the behind-the-scenes stuff comes out and you find out they have it just the same as you.

“For it to all come out and see it from the athletes’ point of view, for what people don’t see to now be visible, maybe it showed that women can get it done. We don’t need all the fancy stuff, we don’t care. We’ll do it anyway.”

Not every addition was a blow to men’s sports. Swimming added the 1,500-meter freestyle for women for the first time, while the men’s 800 free was returned to competition for the first time since 1904. The mixed gender relay makes its Olympic debut.

Five new sports were added this year — baseball/softball, karate, skateboarding, sports climbing and surfing — and the IOC demanded they have equal numbers of men and women.

There are still large gaps to close, particularly in funding and prize money outside of the Olympics. Steffens this year saw a long push for equal pay at one particular tournament come to fruition and posted a photo of the triumph labeled #equalpay. Pioneer women’s water polo player Maureen O’Toole commented, “Wait what. You get paid!! That must be nice!!!” on the social media post.

“It made me think, who in 20 years am I going to comment on and say, ‘Look at what you’re getting now?’” Steffens said. “It’s just amazing that this doorway is open and little girls who have dreams like I had can stand on my shoulders and make it farther and make it better.”