Ghali returns to Algeria and the threat of terrorism continues 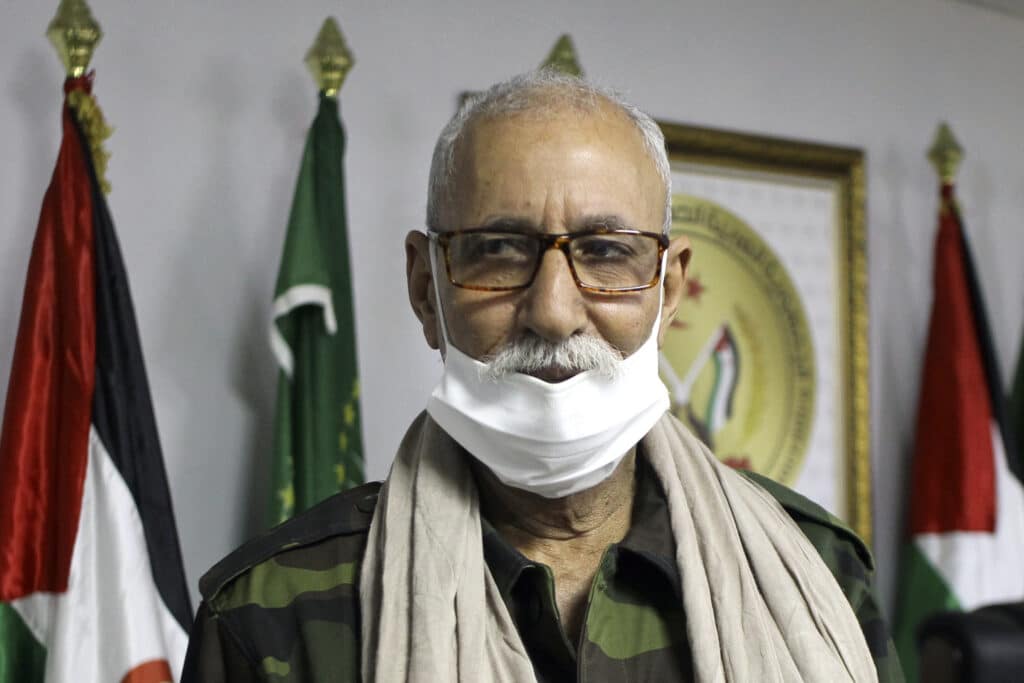 Ghali returns to Algeria and the threat of terrorism continues

The war of words between Spain and Morocco is escalating due to the diplomatic crisis between the two countries, which erupted due to Spain allowing the leader of the Polisario Front into the country for medical treatment. Ibraham Ghali is accused of massive ethnic cleansing in Western Sahara, a region Morocco controls that Ghali has unsuccessfully tried to take over.

While Morocco objected to the manner in which Ghali was accepted with a forged Algerian passport, Spain clung to the principle of absolute sovereignty in its decisions.

It is clear from the latest statement of the Moroccan Foreign Ministry that the origin of the dispute with Spain goes beyond the Ghali issue. Rather, the root of the problem is Spain’s positions toward the Western Sahara issue.

“The case of Ibrahim Ghali is a matter within the jurisdiction of the Spanish judicial system, an issue in which Morocco has no involvement, but Morocco’s objection in the Ghali case was based on the bilateral ties and interests that unite the two countries,” said one Moroccan political analyst.

“Ibrahim Ghali declared war on Morocco and moved his militias to attack the Moroccan armed forces. Thus, in the eyes of Morocco, receiving him in such a twisted manner on Spanish soil is incompatible with the principles of friendship and good neighborliness between the two countries,” he continued.

On June 1st a Spanish judge listened to the declarations of the Polisario leader, and immediately after that he was transferred to Algerian territory to complete his treatment.

Spain is trying to close Ghali’s case, but the Spanish government faces domestic and international criticism over the way it’s handled relations with Morocco, and whether it is ready to sacrifice its southern ally.

This crisis comes as the two countries are approaching the holidays, the period where millions of Moroccan immigrants traveling overland from Europe to Morocco via Spanish soil.

So, the question remains, has Algeria succeeded in poisoning Spanish Moroccan relations by choosing Spain to treat Ghali?

Are there any solutions left to save Moroccan-Spanish relations?

And what does this mean for the interests of the U.S., especially after its recognition of Morocco’s sovereignty over the Western Sahara?

Specialists in North African issues assert that Washington’s calls for dialogue between all parties to the Sahara conflict, to find a peaceful and agreed-upon solution, were aimed at cutting off the road to terrorist groups and human smuggling gangs, which take the Sahel as a safe haven, and to try to ensure the stability and security of all the region including Europe. But the Algerian-Spanish move not only jeopardized the interests of the countries in the region, but also the security and stability of the U.S. and the world.

Sacrificing Moroccan-Spanish security cooperation to satisfy separatist goals does not serve the interests and security of the U.S. (The U.S. has offered a reward of $7 million for the leader of Al Qaeda in the Islamic Maghreb, Abu Obeida Youssef al-Anabi).

Morocco is located on the Atlantic side of the U.S., and it is the most important neighbor of Europe. Exposing its interests and security to danger is a clear harm to American interests with its allies, whether on the economic or strategic level.

According to AP from Madrid “ Ghali 71, flew out of Spain to Algeria, arriving in the middle of the night before being taken to an Algerian military hospital Wednesday.

Brahim Ghali was released from a hospital in northern Spain following more than six weeks of treatment after contracting COVID-19, according to a statement sent to The Associated Press by the self-declared Sahrawi Arab Democratic Republic, which is based in refugee camps in western Algeria.

After Ghali’s arrival in Algeria on Wednesday, he was taken to the Ain Naadja military hospital — and received a visit from Algerian President Abdelmadjid Tebboune and army chief of staff Said Chengriha, according to Algerian state news agency APS. Algerian state television showed images of the visit, with Ghali hooked up to an oxygen machine.

Ghali departed hours after testifying Tuesday via videoconference in a Spanish investigation into allegations against him of torture, genocide and other crimes. A Spanish magistrate ruled after Ghali’s testimony that he should remain free while the investigation continues.

Ghali flew out of Pamplona airport.

Ghali thanked Algeria for its support, according to APS. The Algerian president praised Ghali for testifying in the Spanish investigation. “You gave the Sahrawi Arab Democratic Republic the image of a state of law. It is in the nature of revolutionaries and militants to respect the law.”

The representative in Algeria for the self-declared state said Ghali arrived in Algiers at 3 a.m. to continue his recovery. Abdelkader Taleb Omar said on Algerian radio that the “expansionist Moroccan regime has bit the dust with a sharp diplomatic failure.”

In a stinging rebuke, Moroccan authorities also questioned publicly whether Spain could be trusted.

“We have to let high diplomacy do its work,” she told reporters.

But she also pushed back against Rabat’s pressure.

“Spain enjoys national sovereignty, so Spanish foreign policy is decided by its government, its parliament, and our decision-making on international issues cannot be subjected to any conditionality,” she said.

Ghali checked into the Spanish hospital under a false identity after arriving by plane last month with an Algerian diplomatic passport and with the consent of the Spanish government, which said it acted on humanitarian grounds. Rabat withdrew its ambassador to Madrid and said it wouldn’t fill the position if Ghali left Spain under the same cloak of secrecy. Read more international news