Gun violence: Disarming could be the solution 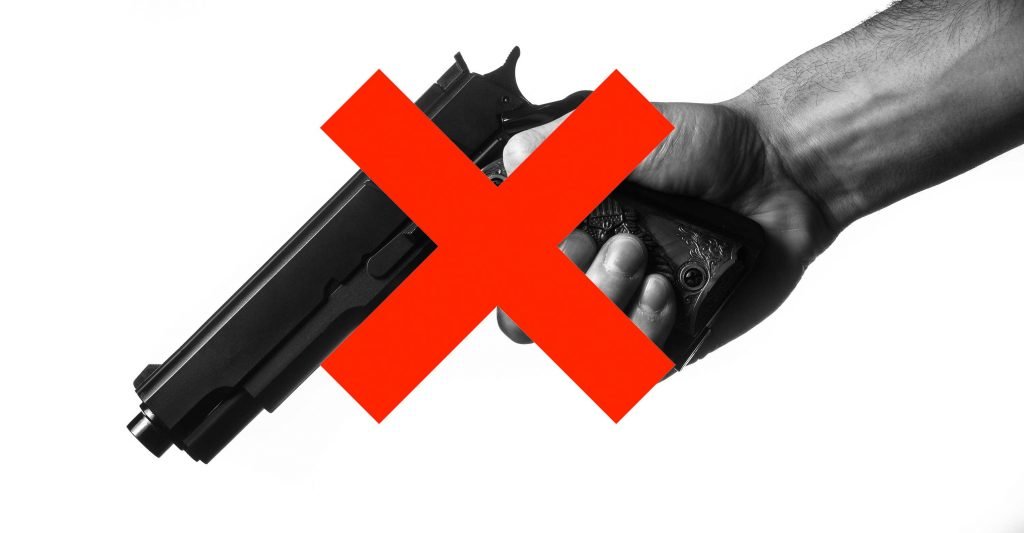 Gun violence: Disarming could be the solution

Had President Kennedy been alive today he would have been disappointed, seeing racial profiling and the killing of African Americans by police officers.  In 1963 he proclaimed the week of May 15, a “National Police Week,” in which he noted that the police had been protecting Americans since the nation’s birth. Mr. Kennedy may have been mistaken and wishful thinking. The roots of policing in America were racist or driven by economics. And the concept of protecting Americans or ensuring safety was not clearly defined. To define the complex problem we must first consider history and some facts and figures.

In 1704, in the South, slave patrols were established to prevent slaves from escaping or revolting. The first formal slave patrol was created in the Carolinas to preserve the slavery system, according to historian Gary Potter. During the Civil War the military was tasked with policing functions in the South. And during Reconstruction many local sheriffs were assigned to functions similar to the earlier slave patrols enforcing segregations and targeting freed slaves.

In 1838, Boston was a major commercial shipping center. Merchants created the first organized and full- time police force to protect their property and goods.  Most police officers hired there, if not all, were white.

For about 80 years, Jim Crow laws mandated separate public spaces for blacks and whites. Enforcing them was part of the police’s job. Black violators were often subjected to police brutality. In 2018, according to the Washington Post database, 229 out of 992 of those killed by the police were black. That’s 23% even though only 12% of the county is African Americans. A research team from Stanford University analyzed data between 2011 and 2017 from nearly 100 million traffic stops and found that black drivers were more likely to be pulled over and to have their cars searched than white drivers.

In 2015, President Obama banned the sale of some military equipment to local law enforcement agencies following widespread criticism of response to riots in Ferguson, Missouri, the previous year.  The ban was later lifted by the Trump administration. Some of the military equipment that was banned included tracked armored vehicles, grenade launchers, large- caliber weapons rerouted from foreign battlefield to American streets. Such high- powered gear was put in national display in 2014 when police clashed with protesters for days following the shooting of an unarmed 18-year-old black man by a white police officer. President Obama argued at the time that the police deployment of such equipment, can “give people a feeling like they are an occupying force as opposed to a force that’s part of the community that’s protecting and serving them.”

The problem of policing and violence in America is multifaceted and the black communities bear some of the blame. There is no contradiction in blaming the police while holding the black communities partly responsible. By identifying the different aspects of the problem, it becomes easier to find a solution, which is multifaceted as well. The black communities constitute about 12% of the total US population. Yet, they are responsible for about 36% of violent crimes in the country, according to Department of Justice figures. Social and educational programs are needed to improve the lives of African American men and the climate in which they live.  Bias or racism within police officers are made thicker by their practical experiences with black men whose level of education, poverty, unemployment, drug addiction and access to guns make them more prone to commit violence, targeting not only white communities but also their fellow African Americans in what is called Black-on -Black violence.  Now, flip to the other side of the coin. Statistics show that by the year 2050, minority groups will constitute the majority, threatening the white man’s control and status. This has led to a growing animosity by the white man toward the increasingly diverse society as manifested by former President Donald Trump’s statements and actions.

Lessons from the World

Twelve countries in the world have unarmed police force including Norway, Finland and Iceland. In Britain 90% of the police force is unarmed. In those countries police use gun fire only in exceptional circumstances. In 2019, for example, an armed man in Norway stole an ambulance and drove away. The police shot not at the man but at the ambulance tires.  While 1090 people were killed by the police in the U.S. in 2019, the number in Norway was zero. While is it not wise to compare these countries to the U.S., there are elements of the policing models that can be incorporated. There are differences between the U.S. and countries with unarmed police. Such differences include crime rates, degree of diversity, historic culture, the Second Amendment and mental illness. But lessons can be learned. One such lesson is called “Policing by Consent:” Police gain legitimacy not by instilling fear in the population but rather by gaining the respect and approval from the public. Another lesson is to turn the police profession into an elite profession. In 2015, only 14% of all applicants to a police officer’s job in Norway was accepted from among a bachelor’s degree holders.

Disarming the police is not sufficient. The Second Amendment, a relic from the 18th century where society was completely different, should be revoked or at least amended to make gun ownership, like a driver’s license, a privilege not a right. Gun owners must be subjected to intensive background checks and mental illness exams.

President Joe Biden took a good initial step when he directed $2.5 billion to address mental health and addiction crises. He also nominated an undersecretary for the complex issue that is closely related to gun violence. More needs to be done.

George Floyd died over a $20 bill dispute. There is a need to reconsider the scope of policing in the U.S., narrowing police functions to deal with serious or violent crimes and moving other infractions to be handled by a civilian authority.

Let’s Disarm Let’s disarm the police and the public at least on an experimental basis. More than fifty years after Kennedy’s 1963 proclamation the nation still needs experimenting to improve, modernize and resolve complex issues.

.read more by the Author