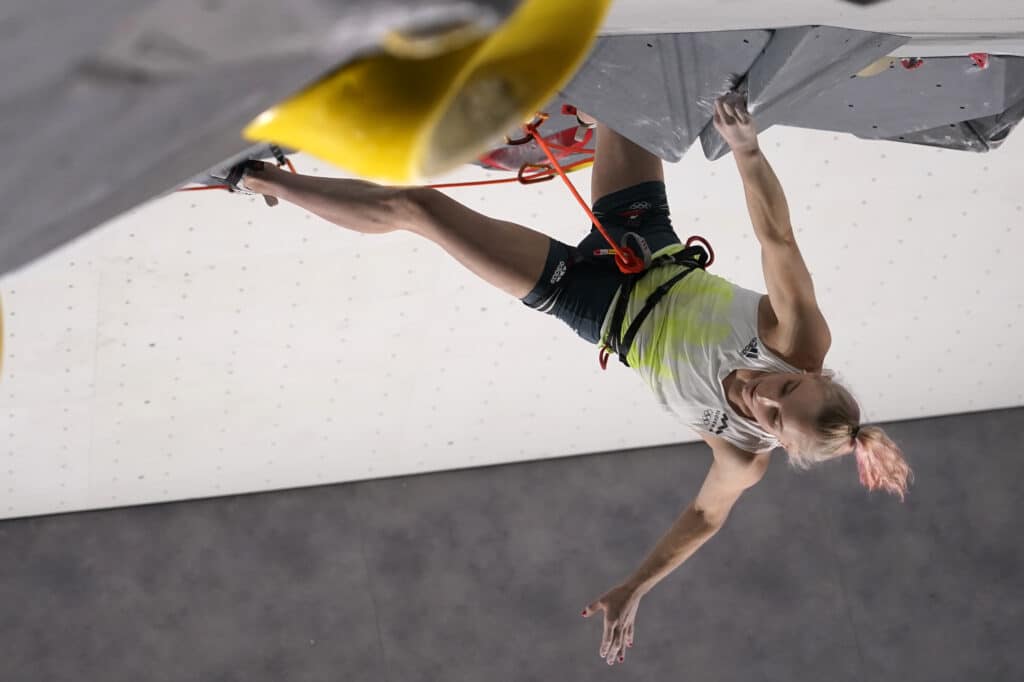 Sport climbing started becoming popular in the 1980s, and moved inside to avoid damaging the environment. It became competitive as people found out about it due to TV, like the documentary Free Solo. The Associated Press has the story:

Rock climbing goes from a hobby to the Tokyo Games

TOKYO (AP) — Basketball, baseball, tennis — the list goes on and on of Olympic sports nearly everyone has at least tried before. Watch those athletes in Tokyo on the TV and somewhere in the back of your mind, it’s easy to think: I could probably do that.

Seeing sport climbers hang one-handed from their fingertips or upside down from one foot wedged into a crevice ushers in a different kind of response: Yeah, no way I could do that.

Sport climbing has made its Olympic debut, giving the world a chance to see just how physically demanding it can be. A mix of speed, strength and agility, the sport has opened a few eyes through two days of qualifying. It will become even more intense with the finals, starting with the men on Thursday.

So how did sport climbing get here, and what exactly is going on?

Climbing has been around since early man looked up at a rock wall and thought: Wonder what it would be like to climb that?

As with almost every other athletic endeavor, it turned into a competition.

Sport climbing first took hold in the 1980s on outdoor walls and moved inside late in the decade to avoid having a negative environmental impact. The first world championships were held a decade later and the International Federation of Sport Climbing was founded in 2007, providing the sport more structure.

The sport has climbed in popularity in recent years with the success of the documentary Free Solo, the social media prowess of its climbers and a TV deal with ESPN to broadcast World Cup events.

The sport has kept some of its laid-back vibe. But the competitions have given climbers a different kind of outlet and the financial means to continue pursuing the sport they love.

Lead is a lot like what people see on indoor recreational walls, only much, much harder. The scoring is simple, too: climbers have six minutes to see who can make it the highest on the 45-meter wall. Any ties are broken by who did it fastest.

The setup for speed is simple: climbers race side by side up a 45-meter wall dotted with standardized holds.

Speed was a controversial addition to the sport’s Olympic debut because it requires a different skill set than the other two disciplines. As Britain’s Shauna Coxsey put it, having speed is like asking Usain Bolt to add the marathon and hurdles to his sprint events.

The IOC is handing out just two climbing medals in Tokyo — one each for men and women — and wanted a fast-moving element to the sport in its debut, so speed was included in the format. Speed will be a separate event at the 2024 Paris Games.

Scoring is a combination of each climber’s place in the three disciplines. The places are multiplied together and lowest total wins. An example: if a climber places first in boulder, second in lead, 10th in speed, their total would be 20.

The scoring format gives winners of any of the three disciplines a huge advantage since their total will be multiplied by one, allowing room to have a bad finish in one discipline.

Many of the top lead and boulder climbers are not nearly as proficient at speed climbing as the speed specialists, so their goal is to win at least one of the other disciplines to have a chance in the combined.