Lay movements to be regulated by Vatican to prevent abuses 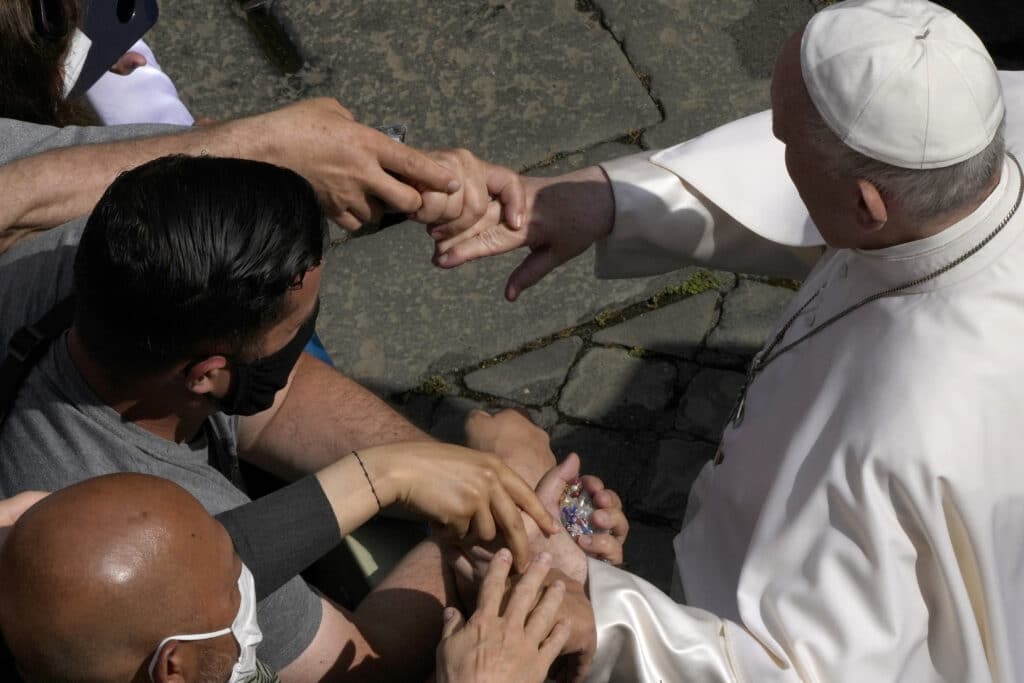 ROME (AP) — The Vatican took steps Friday to better regulate Catholic lay religious movements by imposing term limits on their leaders and requiring internal elections to be representative of their memberships.

The Vatican’s laity office cracked down on the largely unregulated world of international associations of the faithful after some cases of abuses of authority and bad governance had been reported.

Canon lawyers and theologians said the crackdown was perhaps a sign that other lay movements, which have flourished over the last half-century but were largely left to govern themselves, might be similarly targeted. It follows the Vatican’s recent decision to rewrite its sex abuse laws to also provide punishments for lay Catholics in positions of authority in the church who commit abuse, rather than to focus exclusively on clerics.

The Vatican’s laity office oversees some 109 international lay associations, including the Neocatechumenal Way, Communion and Liberation, the Focolari Movement and the Sant’Egidio Community.

In the decree published Friday and an explanatory note approved by Pope Francis, the office said the governance regulations were necessary to discourage cults of personality from growing around the founders of these groups. The aim is to also reduce conflicts among members and encourage generational renewal within the communities.

The decree imposes a once-renewable five-year term on governing positions and requires that all members have a direct or indirect vote in community elections.

The laity office said the norms were needed because the absence of term limits had favored “personalization, centralization and expressions of self-referentiality which can easily cause serious violations of personal dignity and freedom, and even real abuses.”

Massimo Faggioli, a theologian and author of “The Rising Laity” and “A Brief History of the New Catholic Movements,” said the Jesuit pope knows well that members of small religious communities can be manipulated by charismatic leaders.

“This is very big,” Faggioli said of the new regulations. While the decree only applies to the groups that fall under the Vatican’s laity office, “it sends a message to everyone else,” he said.

Faggioli noted that under the papacy of St. John Paul II and Benedict XVI, lay religious movements were often seen as the future of the Catholic Church and were largely left to govern themselves as long as they remained orthodox and faithful to the Holy See.

But he said recent years had shown such communities can foster an unhealthy culture and “dynamics of power” surrounding their charismatic founders, with little recourse for members who might be harmed.

There have been several cases recently of lay movement founders who sexually abused their members, and situations when founders refused to relinquish control of their communities, even after the Vatican stepped in.

The Rev. Ulrich Rhode, dean of the canon law department at the Pontifical Gregorian University, said the new norms address the “perhaps excessive” freedom that lay religious movements have enjoyed to date. In an essay published in Friday’s Vatican newspaper, L’Osservatore Romano, he said he hoped they would serve as a model for other lay associations that report to other Vatican departments.

He added that applying a general rule to set term limits and other governance measures would also serve to prevent “an arbitrary, or even abusive,” use of power by church authorities. Bishops and even the pope have intervened on a case-by-case basis in individual communities, sometimes drawing complaints of unfair or ideologically-motivated crackdowns. Read more international news