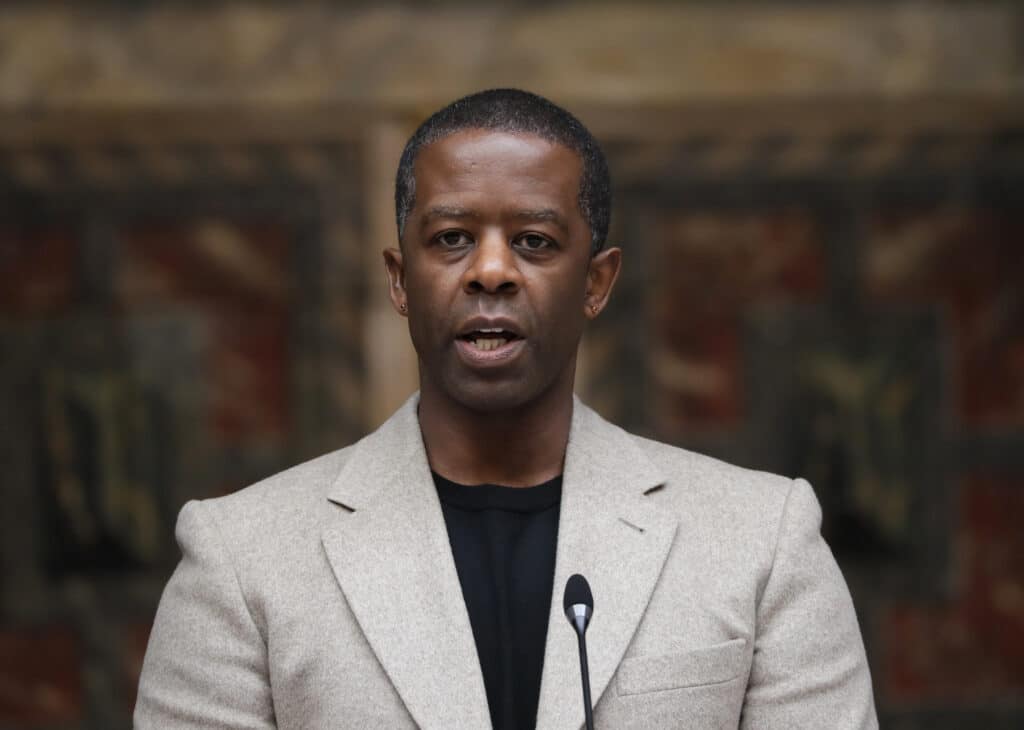 A Broadway play about the fall of Lehman Brothers has been stalled due to the COVID-19 pandemic after launching, but is finally about to return. “The Lehman Trilogy” will re-open September 25. The Associated Press has the story:

NEW YORK (AP) — “The Lehman Trilogy” was able to make only four preview performances on Broadway before the pandemic shut its doors. Now it plans to return to tell the story of an American financial giant’s downfall with a new cast member.

Stefano Massini’s play about what led to the collapse of Lehman Brothers — adapted by Ben Power and directed by Sam Mendes — will add Adrian Lester, replacing Ben Miles, and joining Simon Russell Beale and Adam Godley. Producers are aiming for a Sept. 25 reopening at the Nederlander Theatre. Tickets go on sale June 9.

“The antenna of the New York audience is just heaven. They’ve lived that story. They know it better than anybody,” said producer Caro Newling, who oversees theater projects at Neal Street Production. “Audiences were just so alive to every twist and turn and so knowledgeable, of course. And so I hope they’ll come again.”

Spanning 150 years and running three and a half hours, “The Lehman Trilogy” illustrates the trajectory of western capitalism by following the fortunes of a single family into the financial crash of 2008, when their Wall Street institution filed for bankruptcy.

“As we watch the play unfold, we see the family grow in wealth and status, but we have to ask, when does ‘enough’ become ‘too much,’” said Lester. “Their capitalism is at first driven by fear and insecurity, until — years later — it is driven simply by the need to have more. I am really looking forward getting to work.”

For Lester, it’s a full-circle moment. He was originally asked to be part of the trio of actors when the play first arrived at the National Theatre’s Lyttelton Theatre in 2018. But his schedule never fit. The play went on to have an off-Broadway run and then a West End bow. The English-language version is a marathon: Three actors doing 185 roles.

“I’ll be going into this with one of the best directors in the game, with actors I truly admire, in a play that asks us to tell a story of family that will challenge us physically and intellectually. There is literally nowhere to hide on that stage. In every moment of every show we have to be at our best,” said Lester, who starred in Mike Nichol’s movie “Primary Colors” and earned an Olivier Award in the 1995 London revival of “Company.”

Newling, speaking by phone from London, said she hopes to get productions into San Francisco and Los Angeles next year.

“It’s a story that I think will be endlessly fascinating around the world. Of course, it’s your story. But we all lived with the fallout of it. We understand it differently, but we know how central it is in so many ways to what we’re still trying to understand now.”

For now, she can’t wait to get back into the theater and see the set again.

“We left it there. It’s locked up like Sleeping Beauty. And as long as the mice haven’t chewed through the wires, we’ll be able to walk in and switch the lights on,” she said.