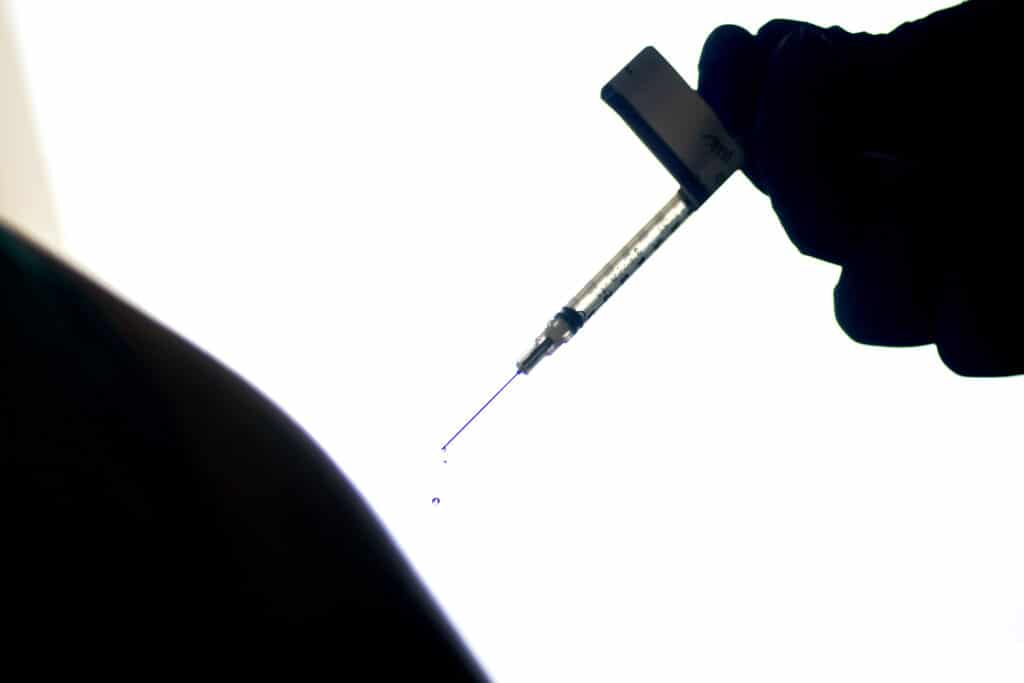 Genesis Healthcare, which has 70,000 employers who work in nursing homes, has told employees they must get the COVID-19 or they will be fired. Now that they have implemented the requirement, other nursing homes are expected to follow. The Associated Press has the story:

NEW YORK (AP) — The U.S. nursing home industry’s resistance to forcing workers to get vaccinated against COVID-19 for fear that too many of them might quit began to crack this week when its biggest player announced its employees must get the shot to keep their jobs.

The new requirement at Genesis Healthcare, which has 70,000 employees at nearly 400 nursing homes and senior communities, is the clearest sign yet that owners may be willing to risk an exodus at already dangerously understaffed facilities to quickly vaccinate the 40% of workers still resisting shots and fend off the surging delta variant.

Some experts are calling for mandatory vaccinations at nursing homes, warning that unprotected staff members are endangering residents. Even residents who have been inoculated are vulnerable because many are elderly and frail, with weak immune systems.

More than 1,250 nursing home residents across the U.S. were infected with COVID-19 in the week ending July 25, double the number from the week earlier, and 202 died, according to federal data.

“It’s so easy now to say, ’Well, Genesis is doing it. Now we’ll do it,'” said Brian Lee, who leads Families for Better Care, an advocacy group for long-term care residents. “This is a big domino to fall.”

Lawrence Gostin, a professor of health law at Georgetown University, said he likewise foresees a “snowball effect.” He said resisting vaccination mandates at this point is “unconscionable.”

Some local governments are taking the decision out of the industry’s hands, with Massachusetts and Denver announcing mandatory vaccinations at nursing homes this week.

The question has become more urgent as the highly contagious delta variant drives up new COVID-19 cases in the U.S. to about 90,000 a day on average — the most since mid-February — and sends hospitalizations surging in states like Florida and Louisiana to the highest levels since the pandemic began.

Despite the terrible toll taken by the disease at nursing homes, many of the nation’s 15,000 such institutions have rejected mandatory vaccinations for fear large numbers of workers will leave in protest. Nearly a quarter of nursing homes are already short of nurses or nurse’s aides.

But Associated Press interviews this past week with managers at 10 mostly smaller nursing home operations across the nation that are requiring vaccines found that the threat of workers quitting en masse over the shots may be overblown.

After Canterbury Court in Atlanta announced a mandate in January, CEO Debi McNeil was so fearful of a “massive walkout” that she brought in medical experts to talk to workers, met with holdouts one-on-one and invited staff to gather in the community room for meetings that occasionally got heated.

In the end, only 10 of 180 workers quit, and McNeil said Canterbury’s nursing home, independent living and assisted living facilities have reported no new COVID-19 cases since February.

“It was a gamble that paid off for us,” McNeil said. “I thought more people would have mandated it by now.”

At Jewish Home Family in Rockleigh, New Jersey, only five of 527 workers at its nursing home and assisted-living facilities quit. Westminster Village in Bloomington, Illinois, lost only two out of 250.

“It’s important to educate, but at some point we have to end this pandemic,” said Scott Crabtree, CEO of Lambeth House in New Orleans, which lost only 10 of 200 workers after it started requiring shots when they became available last year. “When do we say, ‘Enough is enough?’″

More than 130,000 nursing home residents in the U.S. have died from COVID-19, making such institutions by far the deadliest place to be during the pandemic. About 80% of residents have been vaccinated, double the rate for staff, according to the government.

Some workers have rejected the vaccine because they think it was rushed into development and is unsafe, or they feel protected because they already got COVID-19.

“It’s too soon to put that crap in my body,” said Christina Chiger, a nurse’s aide at a nursing home in Tampa, Florida. “It took how many years to perfect the polio vaccine? This was done in months.”

Others have been swayed by false rumors that the vaccine was made from dead babies or contains microchips or will make you infertile. That last notion concerned Michaela Murray, a nurse’s aide at an Alabama nursing home that made vaccinations mandatory.

“I was kind of worried, but I talked to the doctors and they put my mind at ease,” said Murray, who agreed to get a vaccine to keep her job at Hanceville Nursing & Rehab Center, which had only six of 260 workers quit. “I had had COVID and didn’t want to go through that again.”

Pennsylvania-based Genesis said volunteer vaccinations were appropriate earlier in the pandemic, but not now, as the more infectious variant spreads and only 65% of its staff has received shots. Genesis is giving employees until Aug. 23 to get their first shot.

“To succeed against the delta variant is going to require much higher vaccination rates,” said Chief Medical Officer Richard Feifer. “Our tactics in the fight have to change.”

Jennifer Moore of Hollywood, Florida, whose husband is living at a nursing home where only 35% of the staff is vaccinated, said it’s also a matter of ethics.

“Whenever I see a story about somebody being anti-vax, I just want to scream,” said Moore, whose husband, Thomas, has Parkinson’s disease. “I understand people have concerns about the vaccine, but these people are working with the most vulnerable population. They have a duty to their patients.”

By BERNARD CONDON and MATT SEDENSKY