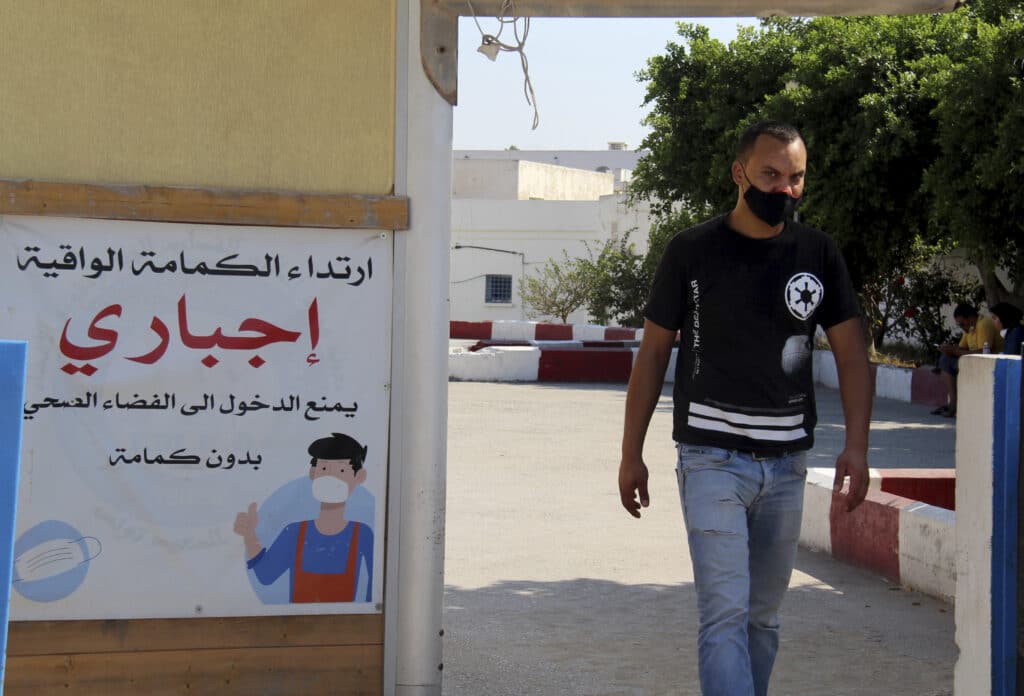 Tunisian President Kais Saied ordered the military to handle the coronavirus pandemic in the country, due to the extreme humanitarian crisis there. The military was already involved, transporting oxygen to hospitals in areas of the country with shortages. The Associated Press has the story:

Soldiers and military medics are already carrying out vaccinations in remote parts of Tunisia. On Tuesday, military trucks transported oxygen to regions in the center and northwest of the country where hospitals are suffering shortages.

Meanwhile, an interim health minister on Wednesday replaced the health minister who was fired over his surprise decision to open vaccination centers to all adults for the first time this week during the Muslim holiday Eid al-Adha.

Authorities were unprepared for the decision, which prompted confusion and chaos as crowds massed at vaccination centers. The president called it a “crime” to encourage large groups to gather while the government is trying to limit the spread of the virus.

Eid al-Adha, or the “Feast of Sacrifice,” is typically marked by communal prayers, large social gatherings, slaughtering of livestock and distributing meat to the needy. This year, Tunisian authorities restricted gatherings and reinstated a curfew in some regions with high numbers of confirmed cases.

In a new blow to Tunisia’s long-struggling tourism sector, authorities closed some of the country’s Mediterranean beaches.

The former health minister’s decision to open vaccination centers during the holiday led to confrontations at some locations between people seeking shots before doses ran out and health officials trying to enforce anti-infection measures.

Windows and doors of some vaccination centers were smashed, and medics and paramedics were assaulted in some places, oOpposition lawmaker Saifeddine Merghni, a medical doctor, said.

“The least that can be said is that the decision (to open vaccination centers on the Muslim feast day) is wrong, and you see its repercussions,” he said. “The day of joy (Eid Al-Adha) turned into a day of a lot of tension.”

The line at the only vaccination center in the central city of Kairouan was so long that 63-year-old Ali ben Haj was making his third try to get vaccinated and growing impatient.

“Look at all the people. Why all this? What have we done? You, authorities, if you cannot find solutions for us, let us search for solutions ourselves,” he said.

Overall, Tunisia has reported more deaths per capita than any African country and among the highest daily death rates per capita in the world in recent weeks. Foreign countries have been pouring in vaccines and other medical aid.