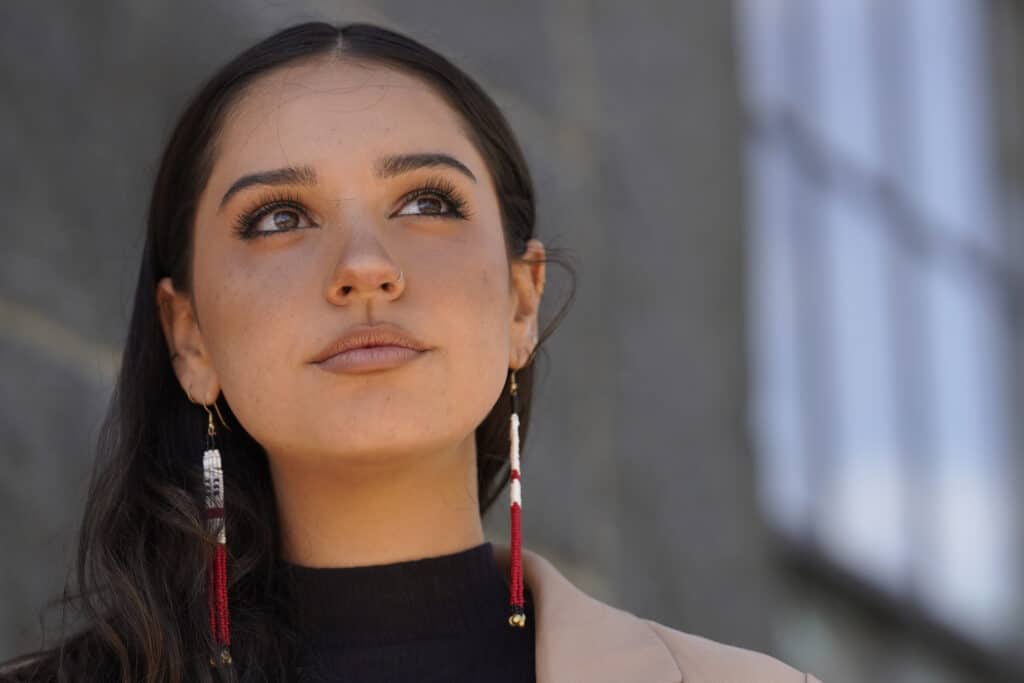 Native American tribes are pushing for universities to rectify past wrongs, by returning some of the lands taken from tribes, providing tuition waivers to Native American students and increasing the number of Native American faculty among other solutions. Harvard is one of the universities under criticism. The Associated Press has the story:

CAMBRIDGE, Mass. (AP) — When Samantha Maltais steps onto Harvard’s campus this fall, she’ll become the first member of the Aquinnah Wampanoag tribe to attend its prestigious law school. It’s a “full-circle moment” for the university and the Martha’s Vineyard tribe, she says.

More than 350 years ago, Caleb Cheeshahteaumuck, an Aquinnah Wampanoag man, became the first Native American to graduate from the Cambridge, Massachusetts, university — the product of its 1650 charter calling for the education of “English and Indian youth of this country.”

“Coming from a tribal community in its backyard, I’m hyper aware of Harvard’s impact,” said Maltais, the 24-year-old daughter of her tribe’s chairwoman. “It’s a symbol of New England’s colonial past, this tool of assimilation that pushed Native Americans into the background in their own homelands.”

Related: Over 200 Bodies found at Indigenous School in Canada

Maltais will arrive on campus at a time when Native American tribes, students and faculty are pushing the Ivy League institution and other colleges to do more for Indigenous communities to atone for past wrongs, much in the way states, municipalities and universities are weighing and, in some cases, already providing reparations for slavery and discrimination against Black people.

In Minnesota, 11 tribes have called on the state university system to return some of the lands taken from tribes, provide tuition waivers to Native American students and increase the number of Native American faculty, among other demands.

Tadd Johnson, the University of Minnesota’s director of tribal relations and a member of the Bois Forte Band of Chippewa, said the university will establish a “truth and reconciliation” process to document the historical wrongs and determine ways to make amends.

“We’re listening,” he said. “We’re acting on virtually everything that has been thrown at us.”

Legislation in Colorado would give in-state tuition to tribal members

And in California, Native American students want tuition waivers and other tangible restitution, after most state schools have issued statements acknowledging their fraught history with tribal land, according to Tori McConnell, a 21-year-old member of the Yurok Tribe who graduates from the University of California, Davis in June.

“It’s only right that they do these things,” she said. “Actions speak louder than words.”

Ryan King, a university spokesperson, said officials are “working diligently” to continue supporting Native students and tribal communities. He cited the creation of an advisory council to the university president that includes tribal leaders and scholars, among other recent efforts.

Many American universities are a product of the Morrill Act, a law signed by President Abraham Lincoln in 1862 that funded the creation of public colleges through federal land sales. But an investigation by High Country News last year suggested nearly 11 million acres designated for so-called land grant colleges were actually taken from roughly 250 tribes.

At the Massachusetts Institute of Technology near Harvard, Native American students this past semester dug into the renowned school’s Native American legacy, including how it continues to benefit from its status as one of the nation’s original land grant colleges.

Luke Bastian, a 22-year-old Navajo student from Phoenix, says he and other students presented their class projects to MIT’s president earlier this month as they urge the institution to create a Native American studies program.

Some universities have taken laudable steps in recent years to prioritize the needs of Native students, say Indigenous community advocates.

“We can’t change the past, but we can change the future for these young people,” says Barry Dunn, the university’s president and a member of the Rosebud Sioux Tribe who launched the Wokini Initiative in 2017.

The call for colleges to do more comes at a critical time, as the coronavirus pandemic has exacerbated higher education challenges for Native students, who already had the lowest college graduation rates in the country, said Cheryl Crazy Bull, president of the American Indian College Fund, which awarded Maltais a full scholarship to Harvard Law.

During the pandemic, Native students experienced the sharpest college enrollment decline of any racial or ethnic group, as economic hardships, health disparities and the challenges of remote learning in isolated tribal communities forced many students to quit school, said Crazy Bull.

At Harvard, there’s concern that Native students are being asked to take temporary leave from campus due to poor grades at rates higher than those of the overall student population, according to Emily Van Dyke, president of Harvard’s Native American alumni group.

That suggests Native students are struggling to adjust once they arrive on campus, said the 39-year-old Seattle resident and member of the Siksika Nation in Canada. The number of Native students enrolled in the school of more than 6,700 undergraduates has dropped in recent years, from 45 in the 2009-2010 school year to 16 in 2019-2020, according to university data.

Students and alumni are also pushing Harvard to formally acknowledge that it stands on land once inhabited by Indigenous peoples, Van Dyke said. It’s a basic, initial step many colleges have taken, including MIT and the University of California, Davis.

“We’re nowhere near where other colleges are at,” Van Dyke said.

Harvard spokespeople declined to comment on the concerns, but Joseph Gone, an anthropology professor who heads the school’s Native American program, said the university is in preliminary talks with local tribes to develop a land acknowledgement statement.

A member of the Gros Ventre Tribe in Montana, Gone also argues Harvard has made strides since his days as an undergraduate in the 1990s. He’s one of three tenured Native American professors and roughly 10 Native American courses are now offered each semester.

The school’s famous Peabody Museum, meanwhile, is also working to repatriate scores of artifacts to Native American tribes, Gone said, though some Native American groups have recently criticized the process.

For her part, Maltais says Harvard and other schools should ensure Native students coming from remote tribal communities acclimate to college life by investing more in student groups, mentorship programs, counseling and other support services.

The Dartmouth graduate, who recently served in the Peace Corps in Tonga, also supports the idea of free or discounted tuition for Native students, but stresses that shouldn’t be the only solution.

“Not everyone needs a fancy degree,” she said. “Sometimes the only reparation for land is land.”