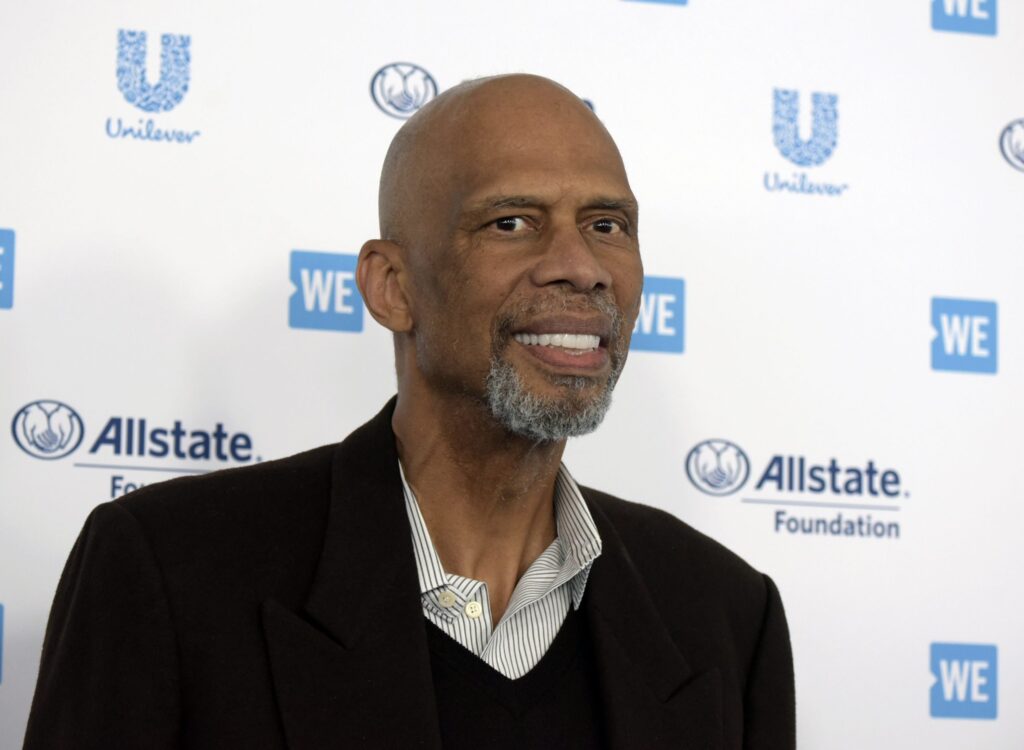 The NBA has created a new award named after one of its stars, the Kareem Abdul-Jabbar Social Justice Champion Award. It will be given to players who have made progress in promoting social justice. The Associated Press has the story:

(AP) Kareem Abdul-Jabbar appreciates what today’s NBA players are doing in their attempts to make the world better, how they’re using their voices and platforms as conduits for change.

And going forward, one of those players will be rewarded by a trophy bearing Abdul-Jabbar’s name.

The NBA announced Thursday the creation of a new award — the Kareem Abdul-Jabbar Social Justice Champion Award — to recognize players who are making strides in the fight for social justice. Each NBA team will nominate one player for consideration; from there, five finalists will be selected and ultimately one winner.

“I’m really proud of what the NBA has been doing all along in terms of activism and their efforts for equality and inclusion,” Abdul-Jabbar said in an interview with The Associated Press. “I think they’ve done a great job. I’ve always felt that was something important and teaming up with them to be involved in this award is very meaningful.”

The winning player will receive $100,000 for the charity of his choice; the other four finalists will receive $25,000 apiece, also for charity.

“In addition to being one of our greatest players, Kareem Abdul-Jabbar has devoted much of his life to advocating for equality and social justice,” NBA Commissioner Adam Silver said in a release announcing the award’s creation. “With this new award, we are proud to recognize and celebrate NBA players who are using their influence to make an impact on their communities and our broader society.”

Abdul-Jabbar has spent most of his life as an activist

Abdul-Jabbar has spent most of his life as an activist in one form or another. He met Dr. Martin Luther King Jr. for the first time as a 17-year-old. He famously attended what was called The Cleveland Summit in June 1967 where he, Bill Russell, Jim Brown and other prominent Black athletes came together to talk with Muhammad Ali about his being a conscientious objector to the Vietnam War. He has worked to help economically depressed areas improve schools as well.

Being involved was in his blood, Abdul-Jabbar said. His great-uncle, John Alcindor, was a physician in England during World War I — treating war veterans for free and becoming known as the “Black Doctor of Paddington.”

“I think it’s just really a family tradition and something that makes sense,” Abdul-Jabbar said. “When you see something wrong you have to speak out about it and try to effect some change.”

And he applauds NBA players for doing that now, after they’ve spoken out repeatedly on matters such as police brutality.

“All of these needs, they have to start with small steps,” Abdul-Jabbar said. “I mean, we can’t just take a big, huge giant step. That usually ends up being a step in the wrong puddle. So, we’ve got to take our time and understand that we need to take all these little steps to get to where we need to go — where there’s justice. We don’t want to make policemen’s jobs impossible. But we don’t want police just arbitrarily killing people. It’s going to take some effort, but we can get there.”