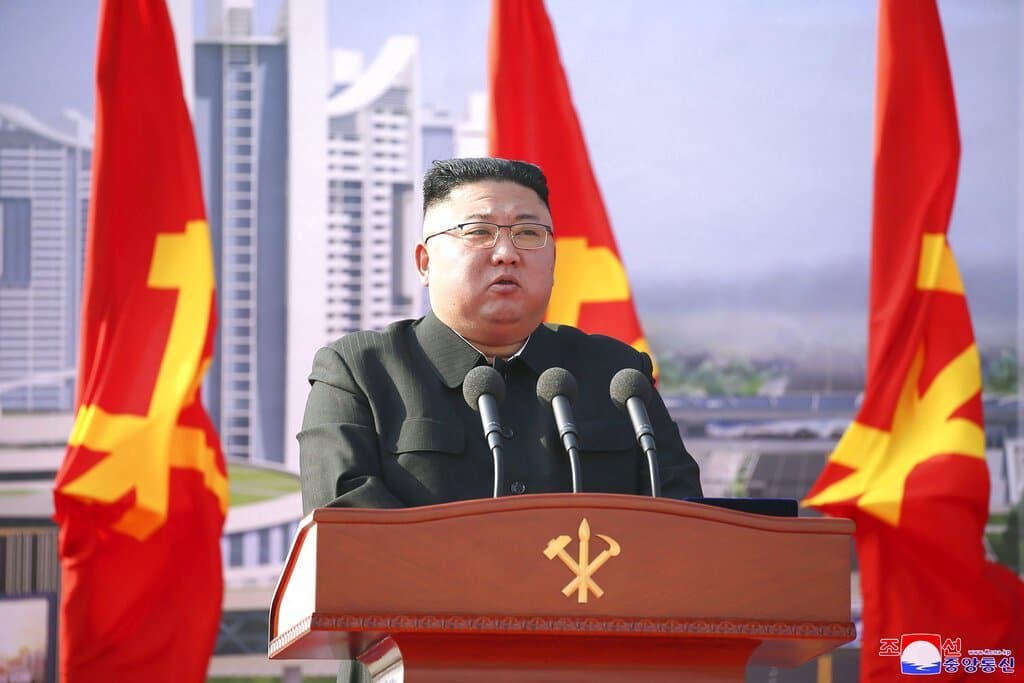 After years of tense relations between the U.S. and the totalitarian regime North Korea, including no substantive talks over the past year, North Korea test fired short-range missiles last weekend. The Biden administration has had no success yet engaging the regime in negotiations. The Associated Press reported the full story:

The missile tests were confirmed by two senior Biden administration officials who briefed reporters on condition of anonymity. They come as North Korea has ignored offers from the new administration to resume negotiations, and Secretary of State Antony Blinken last week pressed China to use its “tremendous influence” to convince North Korea to abandon its nuclear program.

The officials, however, sought to downplay the significance of the missile tests, noting that they are not covered by U.N. Security Council resolutions meant to deter North Korea from pursuing a nuclear program.

Biden himself told reporters the missile tests were not a provocation. “There’s no new wrinkle in what they did,” he said.

South Korea’s Defense Ministry said in a statement Wednesday that it had detected two suspected cruise missile launches by North Korea on Sunday morning. It said the launches were
made off North Korea’s west coast and said South Korea is analyzing them.

The statement said South Korea is closely monitoring North Korean missile activities in cooperation with the United States, but noted it doesn’t publicize all its information about North Korea.

South Korean lawmaker Ha Tae-keung said in a Facebook posting that he was told by agency officials from Seoul’s spy agency that the North fired two cruise missiles off its western seaport of Nampo around 6:36 a.m. Sunday. Ha, an executive secretary of the National Assembly’s intelligence committee, which regularly receives closed-door briefings from the spy agency, said he was told that the U.S. and South Korean militaries had detected the launches but had agreed not to publicize them.

The Biden administration has been open about its desire to engage the North in negotiations even as the regime has batted away calls for the two nations to talk. In North Korea’s first comments directed at the Biden administration, the North Korean leader Kim’s powerful sister earlier this month warned the United States to ” refrain from causing a stink” if it wants to “sleep in peace” for the next four years.

Kim Yo Jong’s statement was issued as Blinken and Defense Secretary Lloyd Austin arrived in Asia to talk with U.S. allies Japan and South Korea about North Korea and other regional issues.

Relations between the U.S. and North Korea, once hailed as potentially promising after former President Donald Trump’s three meetings with Kim, have been tense with no substantive
contact for more than a year.

The last face-to-face talks between senior officials from the two countries were held in Sweden in October 2019 and efforts by the Biden administration to resume a dialogue have been
rebuffed since February.

Biden administration officials have been consulting with Trump administration officials who took part in the Singapore talks as well as a second meeting between Kim and Trump in February 2019. Some Trump officials in their talks with the Biden team speculated that the impact of the coronavirus pandemic and a broader reconsideration of engagement with the United States could
explain the North’s radio silence, according to one official.

Kim is in the midst of the toughest crisis of his nine-year rule as the already-troubled economy was hit by pandemic-related border closings that have sharply reduced the North’s external trade. The North also faced a spate of natural disasters last summer not to mention the persistent U.S.-led sanctions.

National security adviser Jake Sullivan is also scheduled to meet next week with his South Korean and Japanese counterparts for talks about the way forward with North Korea.

Associated Press writers Kim Tong-hyung and Hyung-jin Kim in Seoul and Josh Boak in Washington contributed to this report.