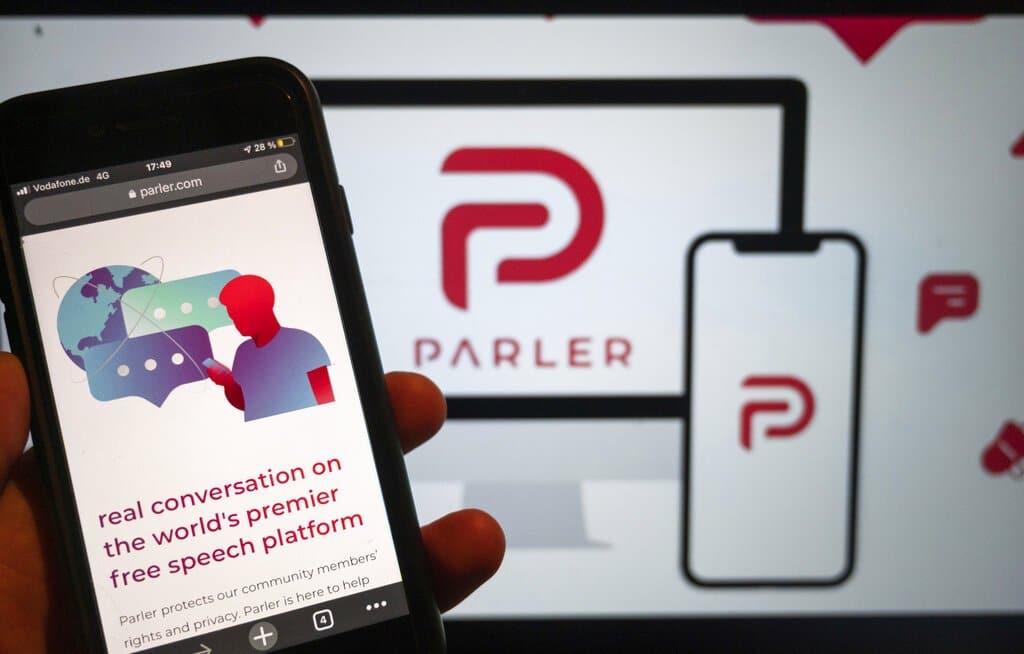 After Amazon kicked the conservative social media site Parler off its cloud-computing services, Parler accused the company of bias against conservatives and sued. Now, Parler is attempting to keep the lawsuit away from a Seattle-based federal district court judge who previously ruled against it by claiming there is no jurisdiction, but Amazon says the company can’t prove it if it won’t reveal its owners. The Associated Press has the story:

Amazon strikes back in lawsuit by Parler, claiming Parler is concealing its owners

SEATTLE (AP) — Amazon has accused Parler, the social network known as a conservative alternative to Twitter, of trying to conceal its ownership amid a legal dispute between Amazon and Parler stemming from the U.S. Capitol riots.

Related: J.Lo And Selena Gomez, For The World’s Poorest Countries

Angelo Calfo, an attorney representing Parler, disputed Amazon’s claim and argued that the burden was on Amazon to prove who owns Parler, The Seattle Times reported Tuesday.

“This is a ginned-up effort to try to throw mud at Parler, when Parler has been completely clear about its ownership,” Calfo said.

The legal dispute began in January after Amazon Web Services, the Seattle company’s cloud-computing division, stopped working with Parler, temporarily wiping the platform off the internet. Amazon said Parler was unable to moderate a rise in violent content before, during and after the January insurrection.

Parler asked a federal judge in Seattle to force Amazon to reinstate it on the web. That effort failed. Parler then filed a new complaint over the same argument against Amazon in King County Superior Court.

Parler says both Amazon and Parler are incorporated in Delaware

Amazon immediately dragged the case back into federal court, where it was assigned the same judge who had ruled against Parler. Parler objected to the move, arguing the court has no jurisdiction over the case since both Amazon and Parler are incorporated in Delaware.

Amazon said Parler has not shown it is a Delaware-based company, in part because it has not disclosed its owner.

Parler did share information about its corporate structure with Amazon at the start of its lawsuit, Calfo said. But the documents were sealed to protect the identities of the parties due to threats of violence.

Republican political donor Rebekah Mercer has confirmed she helped bankroll the site and has emerged in recent months as the network’s shadow executive after its founder John Matze was ousted as CEO in February. But it remains unclear if she controls the social network. If so, the case against Amazon will likely be heard in front of a Seattle judge.