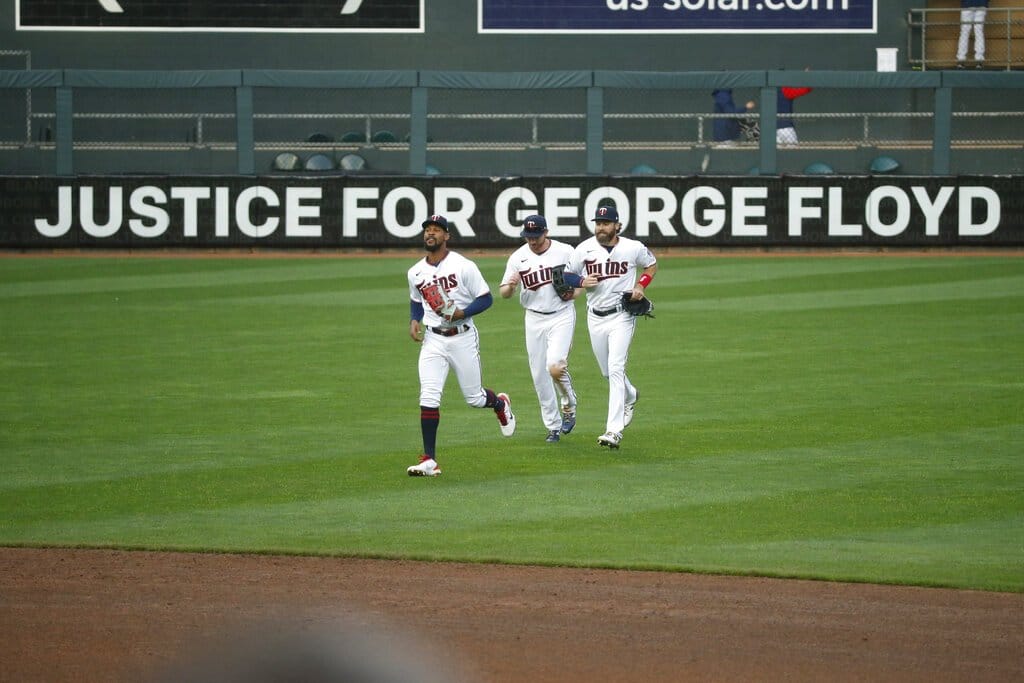 After Duante Wright was fatally shot by police Sunday in a Minneapolis suburb, the Red Sox and Twins decided to postpone their game on Monday. The death sparked violent protests, which could affect the game. The Associated Press has the story:

MINNEAPOLIS (AP) — The Minnesota Twins postponed their game against the Boston Red Sox on Monday because of safety concerns following the fatal police shooting of a Black man and the potential for unrest in the area.

The Red Sox and Twins were scheduled to begin a four-game series Monday afternoon at Target Field. The Twins said their decision was made in consultation with Major League Baseball and state and local officials. There was no word yet about rescheduling or the status of games set for Tuesday, Wednesday and Thursday.

The shooting of 20-year-old Duante Wright occurred Sunday after a traffic stop in Brooklyn Center, a suburb adjacent to Minneapolis. The death sparked violent protests, with officers in riot gear clashing with demonstrators into Monday morning. The Brooklyn Center police chief said the shooting was accidental, as the officer involved intended to fire a stun gun and not a handgun during a struggle with Wright. Police were trying to arrest him on an outstanding warrant.

The metropolitan area already has been on edge because of the ongoing trial of the first of four police officers charged in George Floyd’s death last May.

“Out of respect for the tragic events that occurred yesterday in Brooklyn Center, and following the additional details in this evolving situation, the Minnesota Twins have decided it is in the best interests of our fans, staff, players and community to not play today’s game,” the organization’s statement said. “The Minnesota Twins organization extends its sympathies to the family of Daunte Wright.”