Serena Williams is back after intense practice 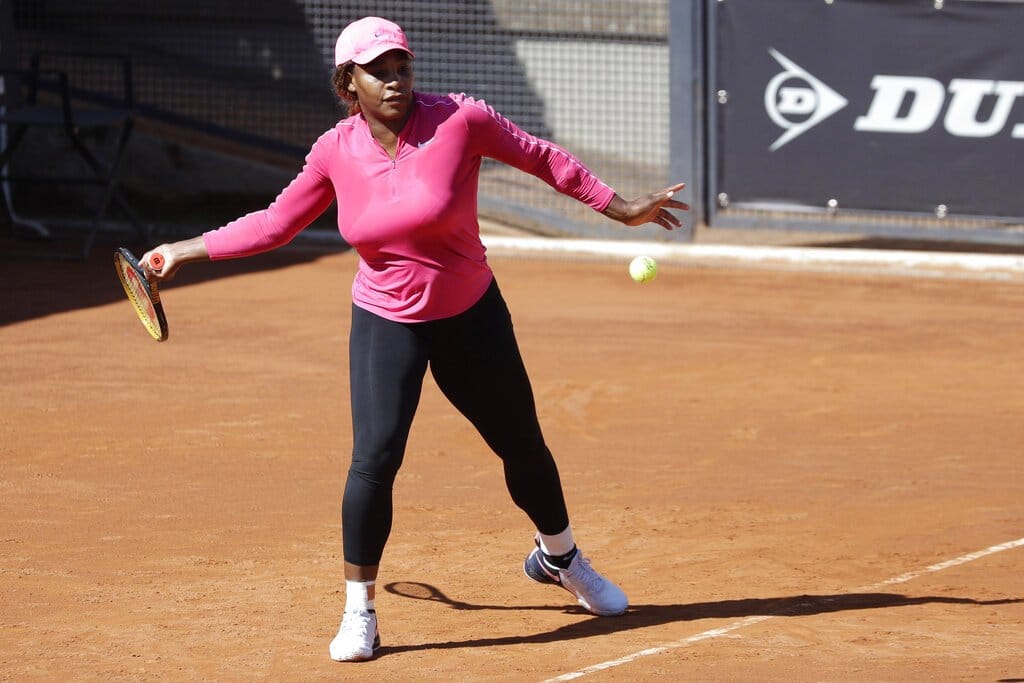 Tennis pro Serena Williams has trained hard and is back on the court. Ending a three month hiatus after losing to Naomi Osaka in the Melbourne semifinals, the 38-year old is back trying to replicate Margaret Court’s record of 24 Grand Slam titles. The Associated Press has the story:

Three months after her stunning defeat to Naomi Osaka, Serena Williams is back on the court competing

ROME (AP) — Forget all that speculation about Serena Williams considering retirement after her emotional hand-to-heart gesture upon her Australian Open exit three months ago.

While Williams has not played since losing to Naomi Osaka in the Melbourne semifinals in February, she has been practicing “very intensely” on clay courts and is ready to “start fresh” in her pursuit of Margaret Court’s record of 24 Grand Slam titles.

Preparing to return at this week’s Italian Open to gear up for Roland Garros later this month, Williams on Monday detailed her recent training regimen.

There was a block of time on clay courts back home in the United States followed by 2½ weeks on the red dirt at the French academy run by her coach, Patrick Mouratoglou.

“So we had an intense several weeks of training — very intense,” Williams said. “I feel good. … I’m going to have some good matches here hopefully, and then I will be at another Grand Slam, which always makes me excited. So I think either way I’ll be ready.”

The 39-year-old Williams, who only needs one more Grand Slam title to match Court’s record, added that her fans shouldn’t read too much into the lack of tennis information she shares on social media.

“I don’t do a lot of sport content, so I do feel like people are wondering if I’m playing, and I have to say I always am, you just don’t see it,” she said. “I don’t show what I do. I don’t always show my cards.”

Williams, a four-time champion in Rome, will face either French Open semifinalist Nadia Podoroska or German qualifier Laura Siegemund in her opening match at the Foro Italico. She’s in the same quarter of the draw as Osaka and has a first-round bye.

Williams was also asked if she will play at the Tokyo Olympics if coronavirus protocols mean she can’t bring her 3-year-old daughter into Japan.

“I haven’t spent 24 hours without her, so that kind of answers the question itself,” Williams said. “We’re best friends.

“I haven’t really thought much about Tokyo, because it was supposed to be last year and now it’s this year, and then there is this pandemic and there is so much to think about,” she added. “Then there is the Grand Slams. It’s just a lot. So I have really been taking it one day at a time to a fault, and I definitely need to figure out my next moves.”