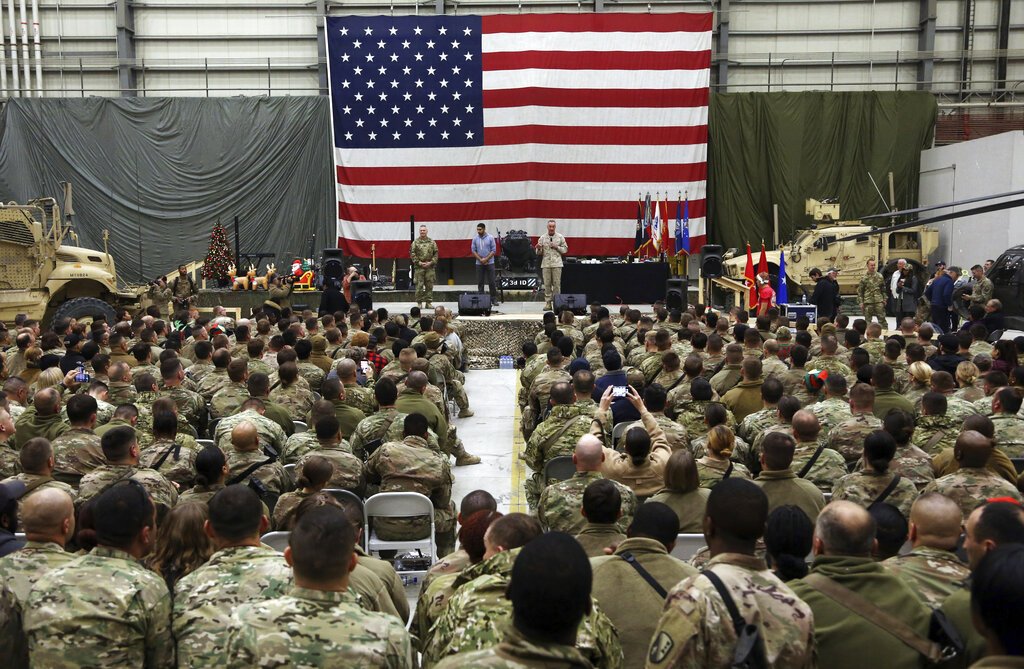 As the U.S. prepares to remove its last remaining 2,500 troops from Afghanistan, an aircraft carrier will provide protection along with two Air Force bombers. It is unknown what the Taliban will do when the troops start leaving. The Associated Press has the story:

WASHINGTON (AP) — The Pentagon has decided to keep an aircraft carrier in the Middle East to help provide protection for American and coalition troops during their planned withdrawal from Afghanistan in coming weeks, U.S. defense officials said Friday.

Also, two U.S. Air Force bombers will be deployed to Afghanistan as part of the pre-pullout bolstering of security.

The moves back up Pentagon officials’ public assurances that U.S. forces will be prepared to meet whatever resistance the Taliban might present during the withdrawal of more than 10,000 U.S. and coalition troops starting after May 1. About 2,500 to 3,500 of those troops are American.

“I would advise the Taliban that we will be well-prepared to defend ourselves throughout the withdrawal process,” Gen. Frank McKenzie, the head of U.S. Central Command, said Thursday at the Pentagon.

U.S. officials said after Biden’s announcement that extra military personnel would likely be positioned in Afghanistan to facilitate the pullout of troops and equipment, and the Pentagon typically beefs up its military presence as a precaution when executing a sizeable withdrawal. When the U.S. pulled troops out of Somalia in January it kept an aircraft carrier in the region as a precaution.

Officials on Friday said the USS Dwight D. Eisenhower, an aircraft carrier that is operating in the Arabian Sea, will remain in the region. Also, two U.S. bomber aircraft will be deployed to Afghanistan, along with hundreds of Army Rangers to provide security during the pullout, the officials said. The officials spoke on condition of anonymity to discuss moves that had not yet been announced.