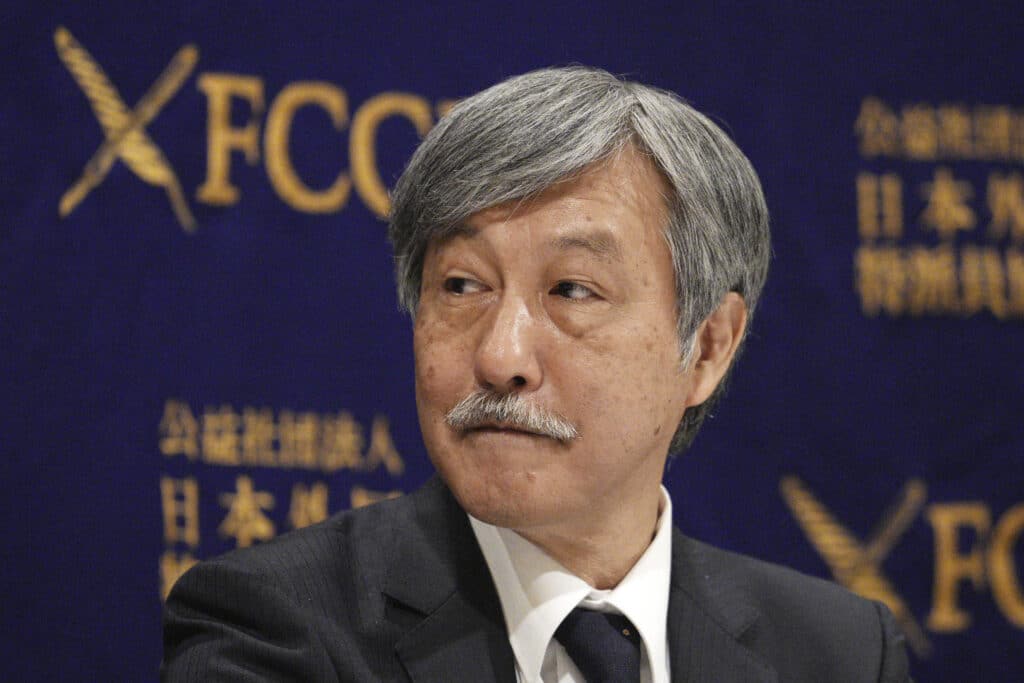 Dr. Naoto Ueyama, chairman of the Japan Doctors Union, is warning that by holding the Olympics in Tokyo this summer, variants of COVID-19 could spread. Japan is currently undergoing a surge of the coronavirus, but authorities have vowed to go ahead with the international competition. The Associated Press has the story:

TOKYO (AP) — A physician representing a Japanese medical body warned Thursday that holding the postponed Tokyo Olympics in two months could lead to the spread of variants of the coronavirus.

Dr. Naoto Ueyama, chairman of the Japan Doctors Union, said the International Olympic Committee and the Japanese government had underestimated the risks of bringing 15,000 Olympic and Paralympic athletes into the country, joined by tens of thousands of officials, judges, media and broadcasters from more than 200 countries and territories.

Related: Athletes Arriving In Tokyo For Olympics Despite COVID-19 Surge

“Since the emergence of COVID-19 there has not been such a dangerous gathering of people coming together in one place from so many different places around the world,” he said, speaking in Tokyo at the Foreign Correspondents’ Club of Japan. “It’s very difficult to predict what this could lead to.”

Ueyama continually likened the virus to a “conventional war” situation, and said he was speaking from his own experience as a hospital physician who works just outside Tokyo. He has not been involved in any of the Olympic planning.

“I think the key here is if a new mutant strain of the virus were to arise as a result of this, the Olympics,” he said.

Authorities relying on the World Health Organization for public-health guidance

The IOC and local organizers say they have been relying on the World Health Organization for public-health guidance. They say the Olympics and Paralympics will be “safe and secure,” focused on extensive testing, strict protocols, social distancing, and keeping athletes largely isolated in the Olympic Village alongside Tokyo Bay.

The IOC has said it expects more than 80% of the people living in the village to be vaccinated. This contrasts with a very slow rollout in Japan where less than 5% of the public has been vaccinated.

Ueyama, who is the chairman of a body that represents 130 physicians, joins other medical experts in Japan in voicing opposition to holding the Olympics. On Wednesday, Japan’s mass-circulation Asahi Shimbun newspaper called for the Olympics to be canceled.

Earlier this week, the New England Journal of Medicine said in a commentary: “We believe the IOC’s determination to proceed with the Olympic Games is not informed by the best scientific evidence.”

It questioned the IOC’s so-called Playbooks, which spell out rules at the games for athletes, staff, media and others. The final edition will be published next month.

“The IOC’s Playbooks are not built on scientifically rigorous risk assessment, and they fail to consider the ways in which exposure occurs, the factors that contribute to exposure, and which participants may be at highest risk,” the publication wrote.

The British Medical Journal last month in an editorial also asked organizers to “reconsider” holding the Olympics in the middle of a pandemic.

Ueyama said strains of the virus found in Britain, Brazil, India and South Africa could find there way to Tokyo. He repeated that PCR testing and vaccines are not foolproof.

“Such a decision (to hold the Olympics) is not something to be made only by the IOC or only by the one host country,” he said. “I am an Olympic fan. However, I don’t think they should go ahead while pushing many people into danger or calling on many people to make sacrifices in regard to their lives in order for them to take place.

“It is dangerous to hold the Olympic Games here in Tokyo,” Ueyama added.

He stressed what others have said — holding the Olympics will place Japan’s medical system under more strain. Tokyo, Osaka and other parts of Japan are under emergency orders that are likely to be extended past the May 31 expiration.

No special COVID-19 treatment for those involved in the Olympics

“It will not be possible for hospitals to provide any special treatment for those involved in the Olympics,” he said. “They will be having the same treatment under the same rules that are available to the Japanese people.”

More than 12,000 deaths in Japan have been attributed to COVID-19, good by global standards put poor compared to other parts of Asia. Many of those deaths have occurred in the last few months as new cases have spread quickly.

Japan has officially spent $15.4 billion to organize the Olympics, although government audits say it may be much higher. All but $6.7 billion is public money.

The IOC depends on selling broadcast rights for 75% of its income. It stands to generate an estimated $2-3 billion from TV rights in Tokyo no matter if fans are allowed to attend or not.

So far, fans from abroad will be banned, and next month organizers will say if any local fans can attend.

Senior IOC member Richard Pound of Canada has been speaking out almost daily, focused on convincing Japanese — and a global audience — that the Olympics will not be canceled. He told the Japanese magazine Bunshun this week that games the games will be held.

His interview was translated from English to Japanese.

In an interview this week in London’s Evening Standard, Pound said: “Organizers have now changed gears and they’re in the operational part of it. Barring Armageddon that we can’t see or anticipate, these things are a go.”

Ueyama bristled at the comments.

“The Olympic Games are not something that should be held even to the extent of Armageddon,” the doctor said. “The question is for whom are the Olympics being held and for what purpose? I don’t think that someone who could make such statement has any understanding of these questions.”