Trump pushed GOP to support who share his values 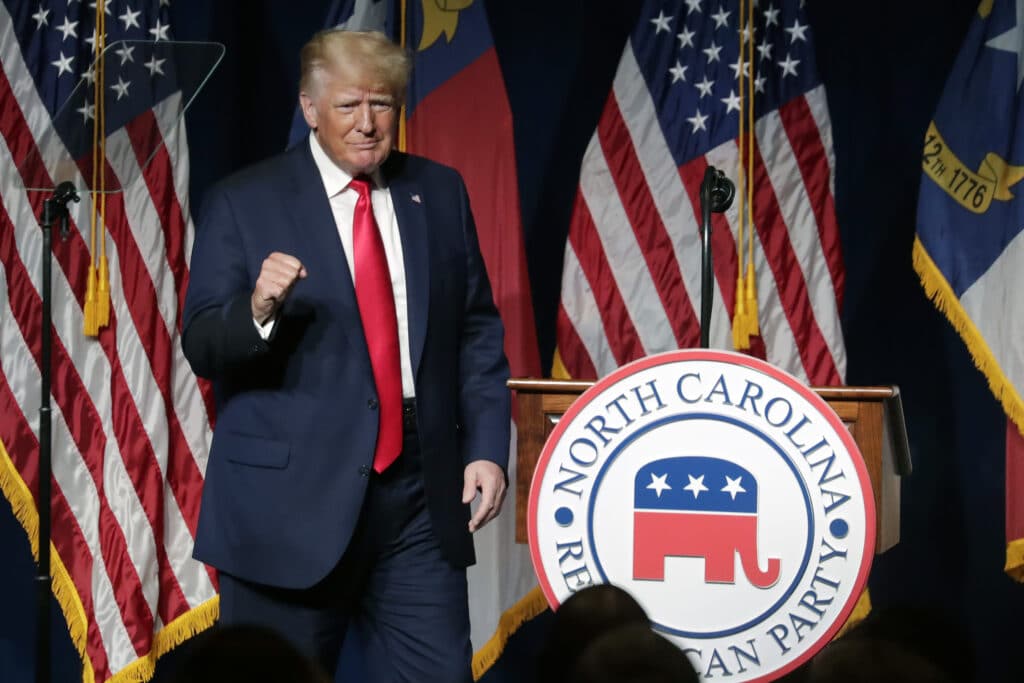 Trump pushed GOP to support who share his values

Former President Donald Trump on Saturday pushed Republicans to support those candidates who share his values in next year’s midterm elections as he launched a new more active phase of his post presidency.

The former Republican president teased the prospect of another presidential bid of his own in 2024, but vowed first to be an active presence on the campaign trail for his allies in next year’s fight for control of Congress.

“The survival of America depends on our ability to elect Republicans at every level starting with the midterms next year,” Trump charged.

Trump delivered his latest comments in a speech to hundreds of Republican officials and activists gathered for the North Carolina GOP convention, the opening appearance in what is expected to be a new phase of rallies and public events. Out of office for more than four months and banned from his preferred social media accounts, the former president hopes to use such events to elevate his diminished voice ahead of another potential presidential run.

In contrast to the mega rallies that filled sports arenas when Trump was president, he faced a crowd of several hundred North Carolina Republicans seated at dinner tables inside the Greenville convention center Saturday night. Tens of thousands more followed along on internet streams.

Invited to the stage briefly during his remarks, Trump daughter-in-law and North Carolina native Lara Trump announced she would not run for the Senate because of family obligations.

“I am saying no for now, not no forever,” Lara Trump said.

Minutes later, Trump announced his endorsement of loyalist Rep. Ted Budd in the crowded Republican primary, adding a slap at former Gov. Pat McCrory, who has been critical of Trump’s falsehoods about the 2020 election.

“You can’t pick people who have already lost two races and do not stand for our values,” Trump said.

Trump devoted much of his remarks to railing against President Joe Biden, which he called “the most radical left-wing administration in history.”

“As we gather tonight our country is being destroyed before our very eyes,” he said.

Democratic National Committee spokesman Ammar Moussa took a shot at Trump in a statement released ahead of his speech.

“More than 400,000 dead Americans, millions of jobs lost, and recklessly dangerous rhetoric is apparently not enough for Republicans to break with a loser president who cost them the White House, Senate, and House,” Moussa said.

While Trump has had to work harder to make his voice heard since leaving office, he remains a commanding force in the Republican Party. A recent Quinnipiac University national poll found that 66% of Republicans would like to see him run for reelection, though the same number of Americans overall said they would prefer he didn’t.Read more U.S. news