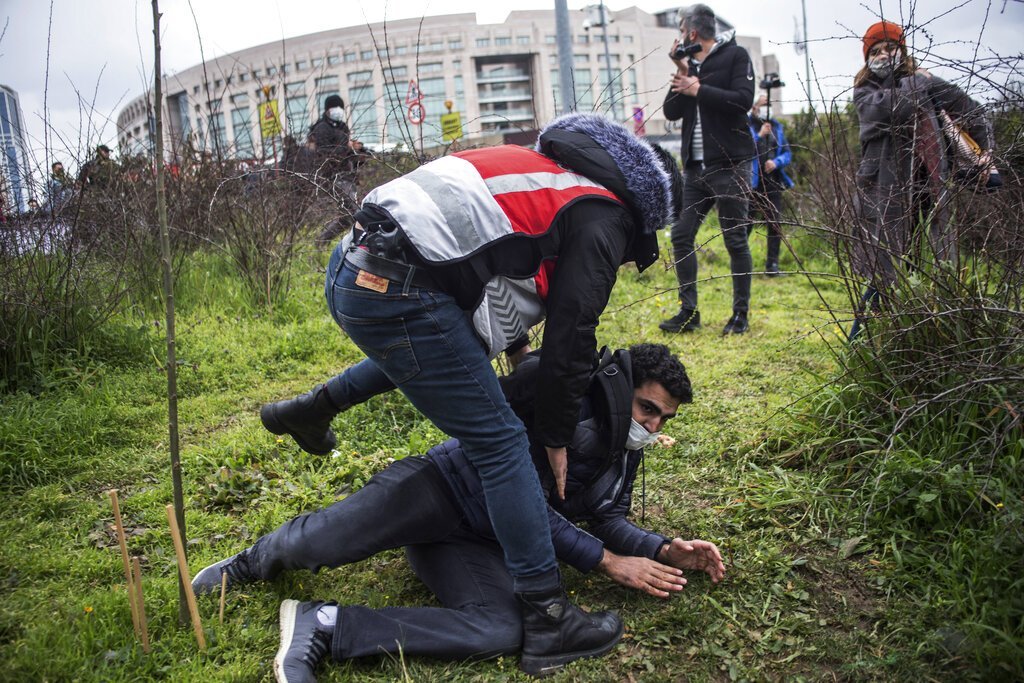 Supporters of 12 LGBT students who were arrested for displaying the LGBT flag during a protest yesterday found themselves detained by police today. The police eventually let them leave, but only under certain conditions.

Dozens detained in Instanbul over support for LGBT flag protest

ISTANBUL (AP) — Police in Turkey detained dozens of people who assembled outside a courthouse Friday in a show of solidarity with 12 students who were taken into custody for unfurling rainbow flags, according to Turkish news reports. The detentions came amid growing government intolerance toward the LGBT community.

Students and faculty at Istanbul’s prestigious Bogazici University have been demonstrating regularly since January against President Recep Tayyip Erdogan’s appointment of a new rector who has links Turkey’s ruling party. Police and protesters have clashed several times.

The 12 students were detained Thursday after they displayed the flags of the LGBT rights movements during a protest. They were denouncing the rector’s appointment as well as Erdogan’s decision to pull Turkey out of a European pact that aims to protect women against violence. Government officials have argued that the Istanbul Convention “normalizes homosexuality.”

As court officials questioned the students Friday, police detained 42 of their supporters outside the courthouse, the left-leaning daily newspaper Evrensel and other Turkish media outlets reported.

The 12 students were later released on condition that they regularly report to authorities.