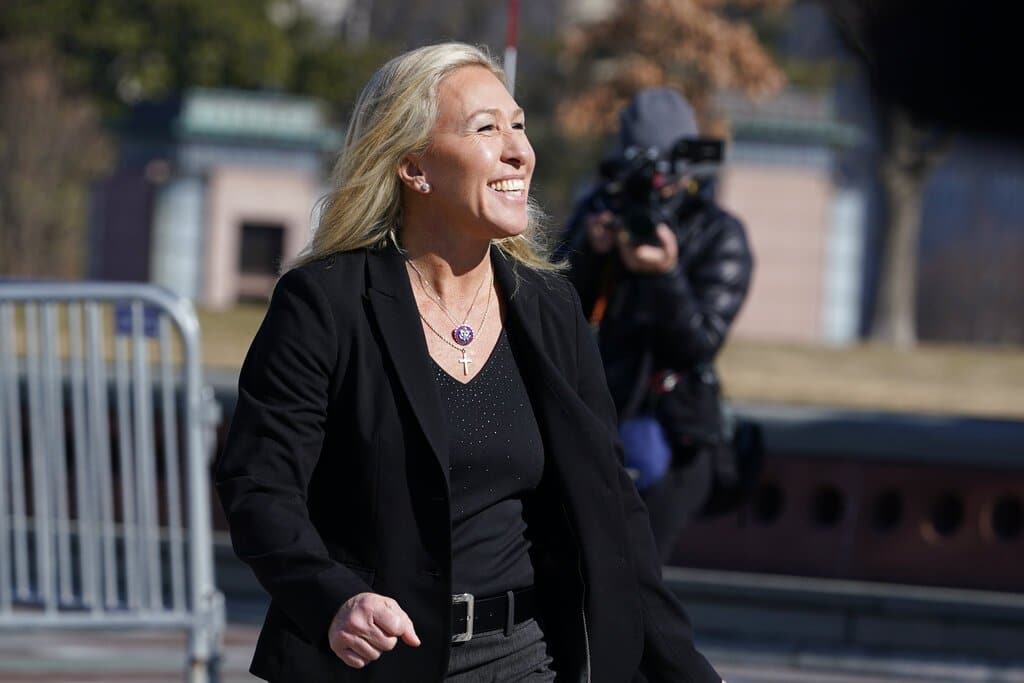 WASHINGTON (AP) — Twitter briefly suspended the account of U.S. Rep. Marjorie Taylor Greene on Friday, but later said the move was a mistake.

The Georgia Republican, who has in the past promoted violence against Democrats and conspiracy theories about QAnon and the 9/11 attacks, was unable to post to her account for 12 hours.

San Francisco-based Twitter later said one of the platform’s automated systems suspended Greene by mistake. “This action has been reversed, and access to the account has been reinstated,” the company said in a statement.

The freshman lawmaker then used her account to express her skepticism about Twitter’s explanation to her more than 380,000 followers.

“I was just told @Twitter suspended me for 12 hrs in ‘error,’ on the same day Dems introduced a resolution to expel me from Congress,” she posted. “What a coincidence?”

The expulsion resolution pushed by Democrats comes after the House voted in February to remove Greene from both of her committees, citing her history of incendiary social media posts. Greene has said most of her most controversial posts were written before she was elected, and that she no longer supports  QAnon, the baseless belief that former President Donald Trump waged a secret battle against a cabal of satanic child-molesting cannibals.