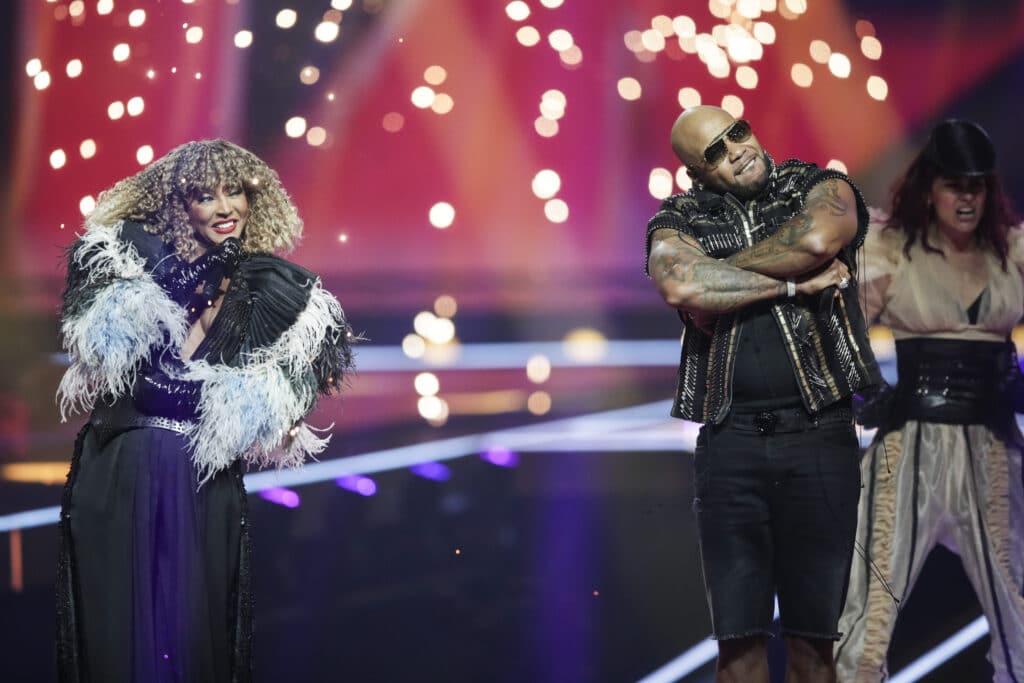 The Eurovision Song Contest is underway in the Netherlands, with rapper Flo Rida performing Thursday. His performance was one of 10 national acts voted into Saturday’s final. The Associated Press has the story:

ROTTERDAM, Netherlands (AP) — Tiny San Marino got a big dose of star power Thursday as U.S. rapper Flo Rida helped the city state qualify for the grand final of the 65th Eurovision Song Contest along with nine other national acts.

The rapper known for hits including 2008′s “Low” joined singer Senhit on stage for her song “Adrenalina” as the first of 17 performers in the second semifinal at the Ahoy arena. He then sat in San Marino’s booth to watch the rest of the show along with 3,500 fans who had tested negative to the coronavirus.

Iceland also was among the 10 national acts voted into Saturday’s final despite not even performing because one of the band members tested positive for COVID-19. The crowd instead watched a recorded rehearsal from last week of the kitsch act Dadi og Gagnamagnid.

Band members were shown on giant screens in the arena cheering from quarantine in a Rotterdam hotel room as presenters announced they had progressed.

Also voted through to the final by viewers and national panels of experts were acts from Albania, Serbia, Bulgaria, Moldova, Portugal, Switzerland, Greece and Finland.

Greece’s singer Stefania was a local favorite in host nation the Netherlands. She was born to Greek parents in the Dutch city of Utrecht.

While most performers Thursday stuck to the tried and tested Eurovision formula of bombastic beats or ballads and plenty of glitter, Finland’s act was rock band Blind Channel whose members were dressed all in black, with not a sequin in sight.

Finnish rock has won Eurovision hearts before. The hard rock band Lordi won the contest in 2006.

Saturday night’s final will be the first since 2019 after last year’s musical spectacle was canceled because of the global pandemic. The final features 20 nations from the two semifinals along with the so-called big five nations of France, Germany, Italy, Spain and the United Kingdom, plus host nation the Netherlands.

Up to 3,500 fans, who have to show a negative COVID-19 test, are allowed to attend each dress rehearsal, semifinal and final, making the contest one of the biggest live events in Europe since the pandemic upended public life.

The fans are allowed in as part of a Dutch government-sanctioned test event to evaluate how large-scale events can be safely staged as the country gradually emerges from lockdown.

The 2019 winner, Duncan Laurence, had been slated to play live on Saturday but he has tested positive for COVID-19 and and will not perform, organizers announced.

Corder contributed from The Hague.

Previous Article
Danny Masterson’s ex testifies that he raped her
Next Article
Student suing U. of Michigan over sex abuse handling