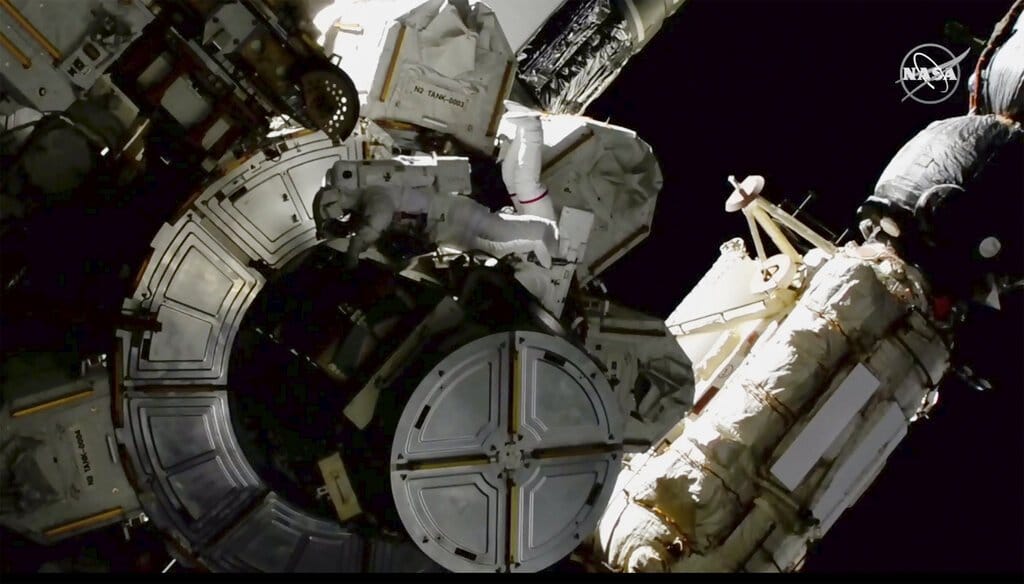 The world benefited because a pro-liberty, pro-human rights nation won the Cold War and became the world’s sole superpower.  Had that superpower been totalitarian, the world would be a much less free, happy and prosperous place.

Thanos, who sought to kill half of those living, was the ultimate supervillain in the Marvel movies. Of course, Thanos is a make-believe villain.  But there are real-life villains who brutally repress and kill those they see as their subjects. When evil regimes have power, the people suffer. History proves that. The world is a better, happier, more peaceful and more prosperous place when those who have power value freedom, human dignity and human rights.

It is not inconsequential or coincidental that the U.S. also won the race to the moon. Being able to defend yourself from hostile powers has always been easier when you have the high ground and the superior technology. While no battles were fought on the surface of the moon, the technological advances that we obtained by making the journey helped our nation win the Cold War and benefited the globe’s population.

Space exploration is more than just a fun hobby

This is one of the reasons space exploration isn’t simply a fun hobby or a matter of national pride. Looking at history, when Thomas Jefferson was president, it is clear that the Lewis and Clark exploration of America’s vast Western frontier (1803-1807) was about more than just mapping the western frontier. Part of the mission was establishing our national presence in the West so that European powers couldn’t easily claim it as their own, and weaken our nation’s security. Jefferson wasn’t imagining the risk. Only a few years later, the British attacked America.

Space exploration serves many vital national interests. China very much wants to overtake us in space exploration and their motives are not about advancing the cause of mankind. If you don’t believe me, ask one of the critics of China’s repressive and violent domination of Hong Kong.

The good news is that the U.S. is making important strides to reestablish its leadership role in space. We just witnessed a very important and successful test of NASA’s Space Launch System (SLS) on March 18, a megarocket that will eventually send astronauts to the moon. America is the world’s most capable nation in space exploration. We cannot afford to lose the momentum. We need for national leaders to fully support our efforts in space.

One thing that most Americans don’t understand is that as interesting as it has been to watch the development of United Launch Alliance’s Vulcan Centaur and SpaceX’s Falcon Heavy from Elon Musk, they are not capable of taking us to the moon or Mars and beyond.  In fact, the lift capacity of SLS is currently twice what SpaceX can offer.  The next generation SLS will have three times the lift capacity.

And while it is true that SpaceX has lowered the cost of a generic space launch, the truth is that SLS can get us to the moon and Mars and beyond and neither the Vulcan or Falcon have the lift capability to do that.  Moreover, if we were to build the International Space Station (ISS) now, using SLS to send the parts and equipment into space, we could do it with only three launches. Even though each individual launch would be more expensive, SLS’s vastly superior lift capability would make the entire mission far less expensive. It took more than 30 launches to build the ISS with less capable space vehicles.

If you were moving across the country, a single trip in a small commuter car might be the cheapest option. But if you were hoping to move a house full of furniture, you’d quickly find that a larger more capable vehicle would actually be far cheaper to accomplish the mission. Making 40 trips in an economy car would cost a lot more than one trip in a moving van. And in this analogy, the economy car can’t even make the trip all the way to your destination.

The bottom line is that America needs SLS if we hope to maintain our advantage in space and continue to be the world’s high technology leader. The new Biden Administration and Congress must continue to support American leadership in space. It isn’t merely a matter of national pride or a geeky hobby. We, of course, learn so much  in science, health, medicine, and technology when we explore. And history has proven over and over that we must always lead in technology and have the high ground if we hope to keep the world’s despots and totalitarians at bay.