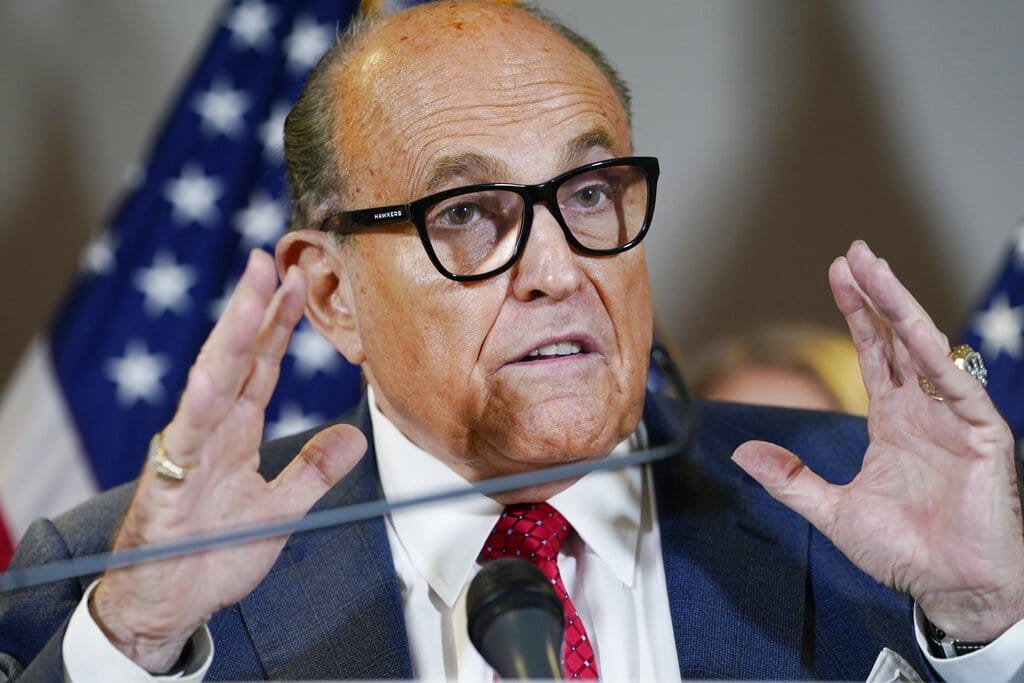 Three major news organizations were forced to issue retractions after erroneously reporting that Rudy Giuliani had been warned by the FBI that he was the subject of a Russian operation to influence the American election. Additionally, one of the three, The Washington Post, also retracted a similar statement about the One America News Network. The Associated Press has the story:

The corrections, to stories that ran last Thursday or Friday, take back reports that the former New York City mayor had been warned by the FBI that he was the subject of a Russian operation to influence the American election.

NBC’s online correction on Saturday was the most extensive, and it required both the headline and top of a story that ran a day earlier to be rewritten. The network said it had been told about an FBI briefing of Giuliani by “a source familiar with the matter,” but later learned from a second source that the briefing had been prepared but not delivered.

The Times’ story last Thursday, following up on last week’s raid of Giuliani’s Manhattan home and office, was broader in focus but included the FBI report. Saturday’s correction said the article misstated whether Giuliani had received the “so-called defensive briefing.”

The Post last Thursday had said that both Giuliani and the One America News Network had been told by the FBI they were targets of the Russians. In a note attached to the story on Saturday, the Post said that its report about OAN was incorrect. The newspaper said Giuliani had disputed the assertion that he had received the briefing, so both the OAN and Giuliani details had been removed from their story.

Related: Giuliani: Ex-Judge To Be Appointed In Review Of Raid

It was not immediately clear why the correction said the Post was wrong about OAN but that the Giuliani report had been “disputed.” The Post’s Kris Coratti Kelly said in a statement Monday that “it is now believed” that Giuliani had not been briefed.

Giuliani, on Twitter, said that the Times and Post “must revealed their sources who lied and targeted an American citizen.”

Neither news organization on Monday commented on Giuliani’s demand.

Previous Article
Europe, US improving from COVID-19 while India lags
Next Article
New this week in streaming: ‘Girls5Eva’