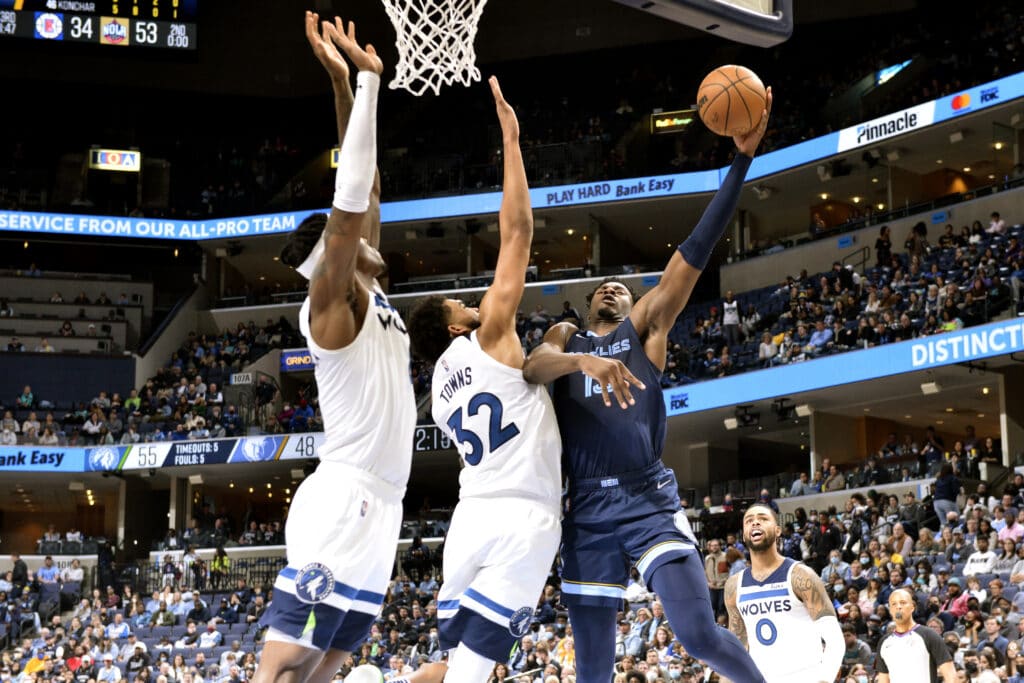 It’s been a great season for the Memphis Grizzlies, scoring their 11th victory in a row, this time against the Minnesota Timberwolves 116-108. The Timberwolves Anthony Edwards scored an impressive 30 points, but it wasn’t enough. The Associated Press has the story:

Although Ja Morant was held to only 16 points, Grizzlies still trounce Timberwolves

The game was much different than the last time the teams played when the Timberwolves won 138-95 on Nov. 20, Memphis’ largest losing margin of the season. In this one, neither team held a double-digit advantage until late in the game.

The teams exchanged leads beginning with four minutes left. Two free throws by Brandon Clarke (14 points) with 1:47 left gave the Grizzlies the lead for good. Memphis extended it with a layup by Bane, and Konchar’s 3-pointer with 1:01 left stretched the lead.

Memphis, which struggled in the first half, got untracked in the third quarter as Morant scored 11 points. That was part of the Grizzlies outscoring Minnesota 37-24. That gave Memphis its biggest lead of the game headed into the fourth 90-84.

Through the first half, Edwards and with help from Russell controlled the Minnesota offense. Edwards, in particular, was effective connecting on 7 of 12 shots for 25 points, including four 3-pointers.

That contributed to Minnesota leading 60-53 at the break.

Timberwolves: Either Towns or Edwards has led Minnesota in scoring in 31 of the team’s 42 games. … Minnesota is 2-16 when trailing after three quarters. … Jarred Vanderbilt had 13 rebounds.