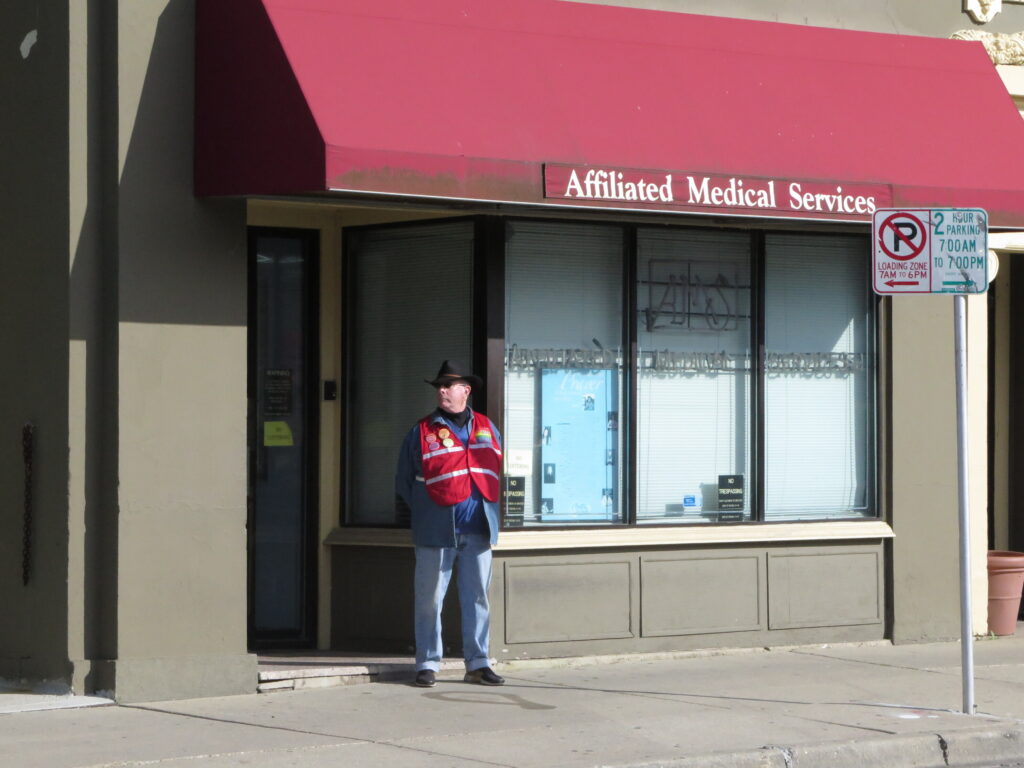 Some abortion clinics aren’t waiting for the Supreme Court’s forthcoming opinion reversing Roe v. Wade, they are curbing services in red states where virtually all abortions will likely end up banned. In states like Wisconsin it’s not clear whether state legislatures will have the votes, so clinic employees are merely implementing temporary pauses for now. The Associated Press has the story:

SIOUX FALLS, S.D. (AP) — Abortion providers in some places where the procedure could be banned if the U.S. Supreme Court overturns Roe v. Wade are bracing for a ruling by halting scheduling for the procedure, transitioning staff to help patients travel to other states and creating networks of clinics that will span across regions of the country.

Planned Parenthood of Wisconsin, which operates three clinics that provide abortions in the state, is not scheduling the procedure beyond June 25 as it anticipates a late June decision reversing the landmark 1973 decision that guaranteed abortion rights nationwide. The organization in recent weeks has dedicated two staff members to help patients book appointments and figure out how to get to clinics.

Whether clinics in Wisconsin will be able to provide abortions, though, has turned into a day-to-day question.

“One of the hardest aspects of this is not knowing what day this decision will come down and what it will be,” said Michelle Velasquez, the director of legal advocacy and services at Planned Parenthood Wisconsin. “The unknown has been difficult.”

It’s a window into what abortion providers and access funds are planning in more than a dozen other states across the South and Midwest. In South Dakota this week, the state’s only abortion clinic, also operated by Planned Parenthood, announced it had “paused” scheduling abortions beyond the end of the month. In Oklahoma, providers already stopped the procedure after a law was enacted to ban it.

In Wisconsin, a law banning abortion has been on the books since 1849, but Roe v. Wade overrode it. While Roe’s fall would likely spark a legal tussle over whether it is valid, Planned Parenthood does not want to put its staff at risk of prosecution.

Velasquez said clinic staff wanted to provide abortions in Wisconsin up until the last minute it was legal, but also had to consider that scheduling appointments for dates when it could become illegal could create uncertainty and be “distressing” for patients.

Velasquez acknowledged that the Supreme Court could release its decision as soon as next week, even while Planned Parenthood has appointments on the books. She said if that happened, Planned Parenthood would help those patients book appointments for abortions in nearby states, such as Minnesota and Illinois. Patients could still get counseling, lab work and ultrasounds in Wisconsin in the meantime.

“We wouldn’t leave patients, like, ‘You’re on your own,’” Velasquez said.

“Even if we can’t provide the medications or we can’t do a procedure, we are absolutely able to help people find the care they need,” she added.

The strategy will inevitably put more pressure on providers in states in the region where abortion will still be legal, said Caitlyn Myers, an economic professor at Middlebury College who studies abortion access.

“As hundreds of thousands of women flood out of these states, it is going to enormously tax the resources of these providers,” she said. “I don’t think they are prepared for this huge influx.”

It comes as the number and rates of U.S. abortions is on the rise after a long decline. Abortions increased from 2017 to 2020, according to figures from the Guttmacher Institute, a research group that supports abortion rights. It counted more than 930,000 abortions in the U.S. in 2020.

Clinics shuttering, like one did in Idaho recently, or halting scheduling show that a post-Roe reality has already arrived in many places. Myers said getting an appointment for an abortion may soon become “critical” across the country.