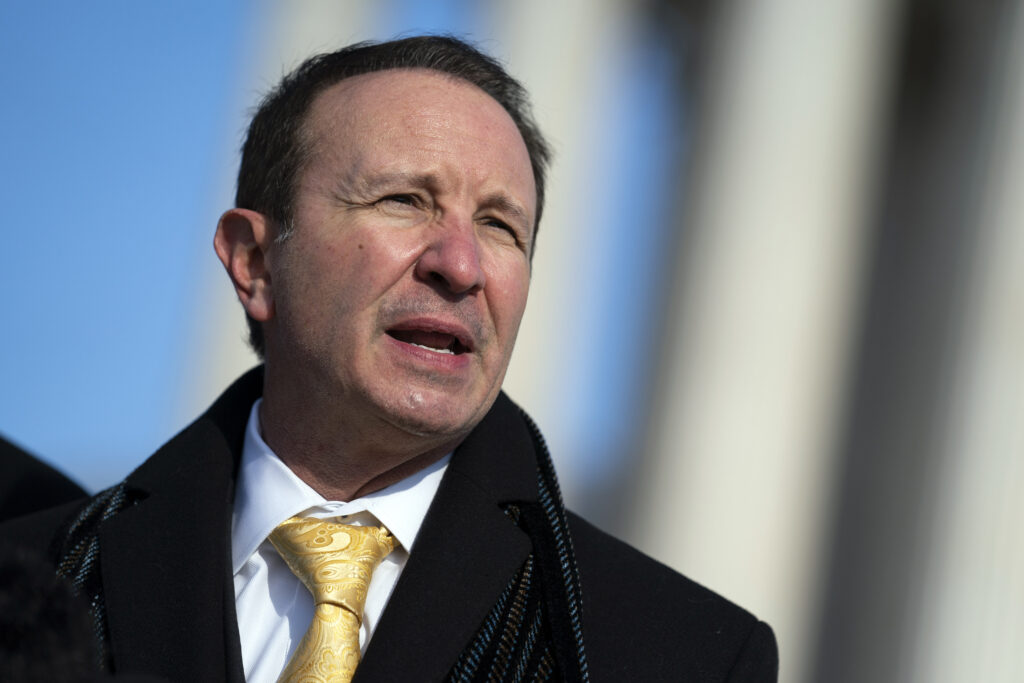 Louisiana Attorney General Jeff Landry told doctors they better think twice before performing abortions now that Roe v. Wade has been overturned. Louisiana is a red state that has a law on the books banning it completely, although a judge has attempted to temporarily block the law from going into effect. The Associated Press has the story:

NEW ORLEANS (AP) — Louisiana’s attorney general on Wednesday warned doctors against performing abortions, despite a judge’s order blocking the state from enforcing its ban on the procedure.

In a letter to the Louisiana State Medical Society, Attorney General Jeff Landry said that the state judge’s Monday order blocking enforcement “has limited reach” and abortion has been a crime since Friday’s decision giving states the power to outlaw abortions.

“It is incumbent on this office to advise you that any medical provider who would perform or has performed an elective abortion after the Supreme Court’s decision in Dobbs is jeopardizing his or her liberty and medical license,” Landry wrote, referencing the Friday decision.

Friday’s high court decision has set off legal battles in multiple states where lawmakers have sought to ban or restrict abortion.

Kentucky’s two abortion clinics asked a judge Wednesday to issue a temporary restraining order to block a state law that took effect after Friday’s U.S. Supreme Court ruling. Attorneys for a Louisville clinic argued that Kentucky’s constitution allows for abortion. They said one of the clinics has turned away about 200 potential patients since the Friday ruling.

Lawyers for Ohio abortion providers asked that state’s Supreme Court on Wednesday to use its powers to overturn a ban on abortions at the first detectable “ fetal heartbeat.” The American Civil Liberties Union, Planned Parenthood Federation of America and others argued the law violates the Ohio Constitution’s broad protections of individual liberty.

A challenge to West Virginia’s abortion ban was announced Wednesday by the ACLU of that state. The organization said it was joining others in filing the suit in Kanawah County Circuit Court on behalf of Women’s Health Center of West Virginia.

In Louisiana, Landry’s spokesman did not immediately respond to a message asking whether his office would seek to prosecute doctors who perform abortions while the judge’s order is in effect.

The three abortion clinics in the state have said they would resume operations while the order is in effect. It was not immediately clear whether that decision would be affected by Landry’s letter.

Louisiana and Kentucky are among states that had “trigger” laws designed to ban abortion, with few exceptions, in anticipation of a Supreme Court ruling ending abortion rights.

State District Judge Robin Giarusso in New Orleans on Monday issued a temporary restraining order banning enforcement of the Louisiana law, pending a court hearing on a lawsuit filed by a north Louisiana abortion clinic and others. Landry’s office is expected to appeal the order.

The plaintiffs in the lawsuit don’t deny that Louisiana can now ban abortion. Instead, they contend Louisiana now has multiple, conflicting trigger mechanisms in the law.

They also argue that state law is unclear on whether it bans an abortion prior to a fertilized egg implanting in the uterus.

Although the law provides an exception for “medically futile” pregnancies in cases of fetuses with fatal abnormalities, the plaintiffs noted the law gives no definition of the term and state health officials haven’t yet provided a list of conditions that would qualify as medically futile.