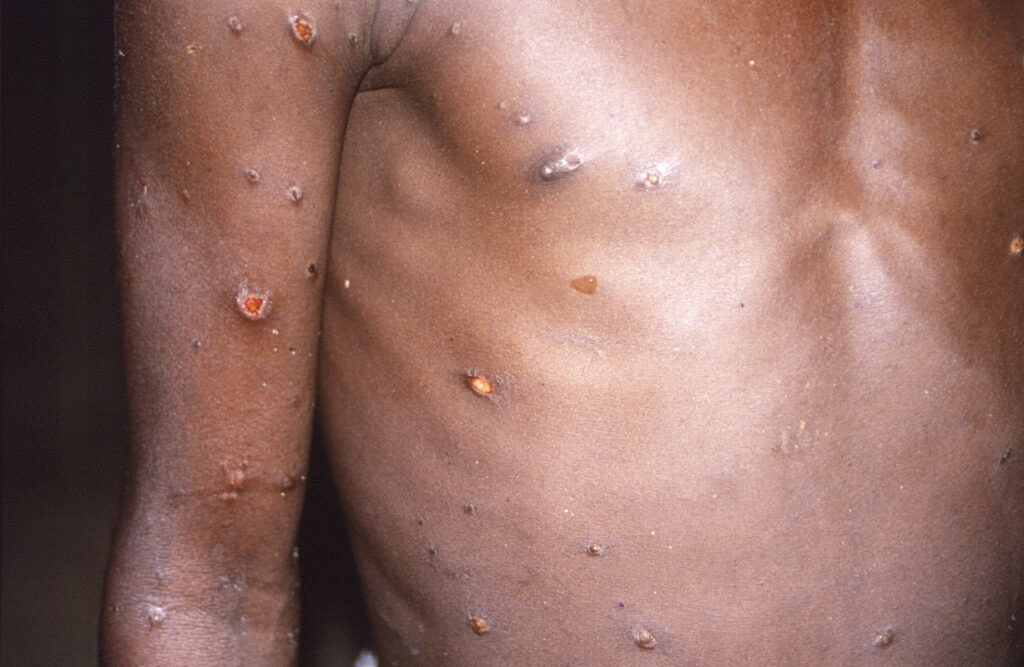 So, the questions are, if the African continent has dealt with monkeypox for decades, why now are they so concerned with the disease? Why in all those long decades of people suffering, didn’t countries such as Nigeria reach out to the international community and ask for help? What is compelling them to make this a racial issue, when even though this disease originated in Africa, from Africans eating tainted monkey meat, no one in the west blames them? Much like China and the coronavirus, Africa seems to be throwing up its collective hands and shrugging its shoulders. As reported by the AP:

On Thursday, the World Health Organization will convene a special meeting to discuss monkeypox research priorities and related issues

OSUN, Nigeria (AP) — As health authorities in Europe and elsewhere roll out vaccines and drugs to stamp out the biggest monkeypox outbreak beyond Africa, some doctors acknowledge an ugly reality: The resources to slow the disease’s spread have long been available, just not to the Africans who have dealt with it for decades.

Countries including Britain, Spain, Portugal, Italy, Switzerland, the United States, Israel, and Australia have reported more than 250 monkeypox cases, many apparently tied to sexual activity at two recent raves in Europe. No deaths have been reported.

Authorities in numerous European countries and the U.S. are offering to immunize people and considering the use of antivirals. On Thursday, the World Health Organization will convene a special meeting to discuss monkeypox research priorities and related issues.

Meanwhile, the African continent has reported more than five times as many cases this year.

There have been more than 1,400 monkeypox cases and 63 deaths in four countries where the disease is endemic — Cameroon, Central African Republic, Congo, and Nigeria — according to the African Centers for Disease Control and Prevention. So far, sequencing has not yet shown any direct link to the outbreak outside Africa, health officials say.

Monkeypox is in the same family of viruses as smallpox, and smallpox vaccines are estimated to be about 85% effective against monkeypox, according to WHO.

Since identifying cases earlier this month, Britain has vaccinated more than 1,000 people at risk of contracting the virus and bought 20,000 more doses. European Union officials are in talks to buy more smallpox vaccine from Bavarian Nordic, the maker of the only such vaccine licensed in Europe.

U.S. government officials have released about 700 doses of vaccine to states where cases were reported.

Dr. Adesola Yinka-Ogunleye, who leads Nigeria’s monkeypox working group, said there are currently no vaccines or antivirals being used against monkeypox in her country. People suspected of having monkeypox are isolated and treated conservatively, while their contacts are monitored, she said.

Limited vaccine supply and competing health priorities have meant that immunization against monkeypox hasn’t been widely pursued in Africa, said Dr. Jimmy Whitworth, a professor of international public health at the London School of Hygiene and Tropical Medicine.

“It’s a bit uncomfortable that we have a different attitude to the kinds of resources we deploy depending on where cases are,” he said. “It exposes a moral failing when those interventions aren’t available for the millions of people in Africa who need them.”

WHO has 31 million doses of smallpox vaccines, mostly kept in donor countries and intended as a rapid response to any re-emergence of the disease, which was declared eradicated in 1980. Doses from the U.N. health agency’s stockpile have never been released for any monkeypox outbreaks in central or western Africa.

Dr. Mike Ryan, WHO’s emergencies chief, said the agency was considering allowing rich countries to use the smallpox vaccines to try to limit the spread of monkeypox. WHO manages similar mechanisms to help poor countries get vaccines for diseases like yellow fever and meningitis, but such efforts have not been previously used for countries that can otherwise afford shots.

Oyewale Tomori, a Nigerian virologist who sits on several WHO advisory boards, said releasing smallpox vaccines from the agency’s stockpile to stop monkeypox from becoming endemic in richer countries might be warranted, but he noted a discrepancy in WHO’s strategy.

“A similar approach should have been adopted a long time ago to deal with the situation in Africa,” he said. “This is another example of where some countries are more equal than others.”

Some doctors pointed out that stalled efforts to understand monkeypox were now complicating efforts to treat patients. Most people experience symptoms including fever, chills and fatigue. But those with more serious disease often develop a rash on their face or hands that spreads elsewhere.

Dr. Hugh Adler and colleagues recently published a paper suggesting the antiviral drug tecovirimat could help fight monkeypox. The drug, approved in the U.S. to treat smallpox, was used in seven people infected with monkeypox in the U.K. from 2018 to 2021, but more details are needed for regulatory approval.

“If we had thought about getting this data before, we wouldn’t be in this situation now where we have a potential treatment without enough evidence,” said Adler, a research fellow at the Liverpool School of Tropical Medicine.

Many diseases only attracted significant money after infecting people from rich countries, he noted.

For example, it was only after the catastrophic Ebola outbreak in West Africa in 2014-2016 — when several Americans were sickened by the disease among the more than 28,000 cases in Africa — that authorities finally sped up the research and protocols to license an Ebola vaccine, capping a decades-long effort.

Jay Chudi, a development expert who lives in the Nigerian state of Enugu, which has reported monkeypox cases since 2017, hopes the increased attention might finally help address the problem. But he nevertheless lamented that it took infections in rich countries for it to seem possible.

“You would think the new cases are deadlier and more dangerous than what we have in Africa,” he said. “We are now seeing it can end once and for all, but because it is no longer just in Africa. It’s now everybody is worried.”

By MARIA CHENG and CHINEDU ASADU

Cheng reported from London. Cara Anna in Nairobi and Mike Stobbe in New York contributed to this report.