After Russia reduced gas to Europe, what’s next? 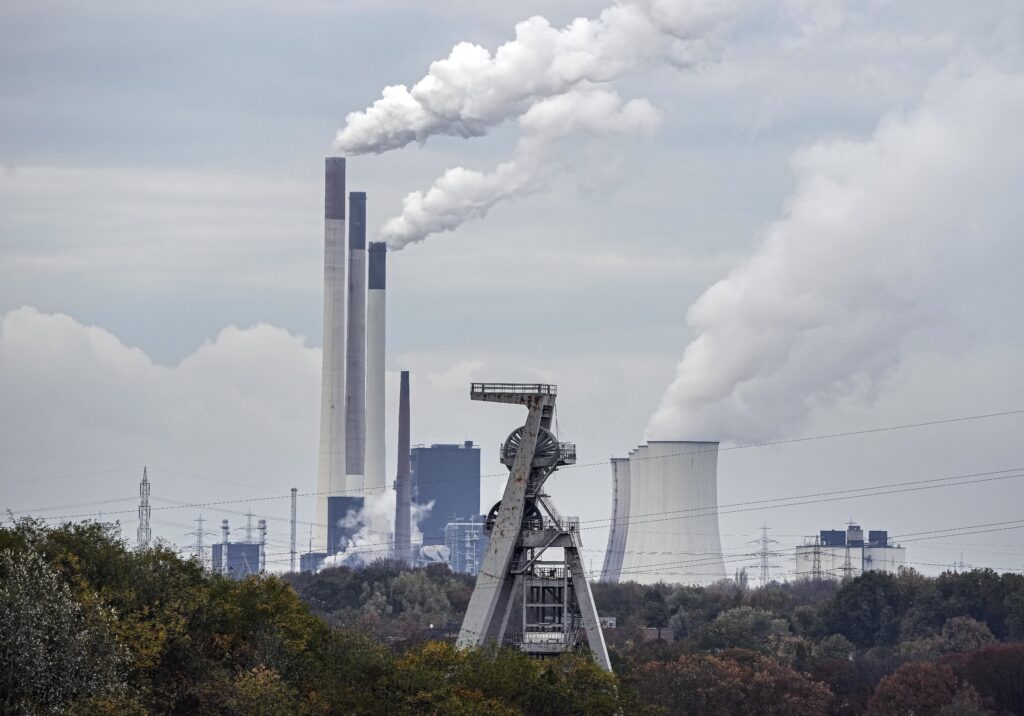 Russia last week reduced gas supplies to five European Union countries, including Germany, the 27- country bloc’s biggest economy that heavily depends on Moscow’s gas to generate electricity. Russian state-owned energy giant Gazprom has cut supplies through the Nord Stream 1 pipeline running under the Baltic Sea from Russia to Germany — Europe’s major natural gas pipeline — by 60%, but its ok, President Joe Biden says this is a major opportunity for the world to pivot to non-existent green energy. As reported by the AP:

Germany relies on Russia for 35% of its gas imports; Italy for 40%. Right now, gas supplies are enough for current needs

It’s not a summer heat wave that’s making European leaders and businesses sweat. It’s fear that Russia’s manipulation of natural gas supplies will lead to an economic and political crisis next winter. Or, in the worst case, even sooner.

Here are key things to know about the energy pressure game over the war in Ukraine:

Russian state-owned energy giant Gazprom has cut supplies through the Nord Stream 1 pipeline running under the Baltic Sea from Russia to Germany — Europe’s major natural gas pipeline — by 60%. Italy is seeing its supply cut by half. Austria, the Czech Republic, and Slovakia also have seen reductions.

This comes on top of gas shutoffs to Poland, Bulgaria, Denmark, Finland, France, and the Netherlands in recent weeks. Those shutoffs were initially seen as less of a problem because Poland, for instance, was already phasing out Russian gas by year’s end, while others had alternative supplies.

The latest cutbacks, however, hit countries that are major economies and use lots of Russian natural gas. Germany relies on Russia for 35% of its gas imports; Italy for 40%. Right now, gas supplies are enough for current needs.

WHY ARE THE REDUCTIONS A CONCERN?

Europe is scrambling to fill its underground gas storage ahead of the winter. Gas utilities operate on a regular rhythm, filling reserves over the summer — when, hopefully, they can buy gas cheaper — and then drawing it down over the winter as heating demand rises. The reductions will make refilling storage more expensive and difficult to accomplish.

The move also has brought closer the specter of a complete Russian gas shutoff that would make it impossible for Europe to get all the fuel it needs for the winter. Natural gas is used by several energy-intensive industries, such as glassmakers and steel manufacturers, that are already facing higher costs and dialing back use, helping to slow the European economy.

For electricity production, gas is the “swing” energy source that kicks in when renewables like wind and sun generate less power due to unpredictable weather and when electricity use spikes during cold or hot weather, like the heat wave last weekend that spurred record highs in Europe.

Right now, Europe’s underground storage caverns are 57% full. The European Commission’s latest proposal is for each country to reach 80% by Nov. 1, while Germany has set goals of 80% by Oct. 1 and 90% by Nov. 1.

Analysts at the Bruegel think tank in Brussels warn that “Bulgaria, Hungary and Romania will not meet the EU 80% target if they continue at the current speed,” while “Germany, Austria and Slovakia will find it very difficult to fill their storage facilities if gas flows from Russia are stopped.”

The EU, which before the war got some 40% of its gas from Russia, has outlined plans to cut imports by two-thirds by year’s end and phase out Russian gas entirely by 2027. The bloc has already said it will block Russian coal starting in August and most Russian oil in six months.

The goal is to reduce the $850 million per day Russia has been reaping from oil and gas sales to Europe to prevent funding its war in Ukraine.

European governments and utilities have bought expensive liquefied natural gas, or LNG, from the United States that is delivered by ship, as opposed to gas that comes by pipeline from Russia and is typically cheaper. But the war has spiked energy prices, which are fueling record inflation in Europe and helping keep revenue high for Russia.

There are efforts to get more pipeline gas from Norway and Azerbaijan, while the accelerated rollout of renewable energy and conservation are expected to play smaller roles. Germany, which has no LNG import terminals, is bringing in four floating terminals, two of which should be operating this year.

Despite a focus on renewable energy, the crisis is pushing countries back to fossil fuels. Germany is rushing through legislation to restart coal-fired power plants as a temporary patch despite plans to exit coal entirely by 2030.

Vice Chancellor Robert Habeck said it was “bitter” to turn to coal but that “in this situation, it is sheer necessity.” The government plans measures to incentivize industry and utilities to use less natural gas. Habeck also urged Germans to conserve energy.

“Gas use must be further reduced, so that more gas can go into storage, otherwise in winter it’s going to be tight,” he said.

The Dutch government says it will allow coal-fired power stations to operate at full capacity again to conserve natural gas that would otherwise be burned to produce electricity.

Europe’s gas security is fragile despite all those measures. Liquefied gas export terminals in energy-producing countries like the U.S. and Qatar are running at full speed, meaning Europe is bidding against Asia for finite supplies.

Plus, an explosion and fire at an export terminal in Freeport, Texas, took a fifth of U.S. export capacity offline for months sending another shudder through the gas market. Most of the terminal’s exports were going to Europe, Rystad Energy said.

“The situation on the European natural gas market is escalating further,” commodities analyst Carsten Fritsch at Commerzbank Research said, pointing to the explosion and a scheduled maintenance shutdown of Nord Stream 1 that will mean no gas flowing through the pipeline July 11-21. “The urgently needed buildup of gas stocks for the winter months could therefore falter” and prices will likely go even higher.

Gazprom says it had to cut back the flows to Europe through Nord Stream 1 because Western sanctions stranded a key piece of equipment in Canada, where it had been taken for maintenance. European governments aren’t buying it and call the gas reductions political.

Gazprom’s steps have sent natural gas prices sharply higher after they had fallen in the wake of the winter heating season. That increases revenue for Russia at a time when it’s under pressure from Western economic sanctions and adds to stress on Europe as it gives Ukraine political and military support.

Gazprom’s moves also can be seen as pushback against Western sanctions and as a deterrent to imposing further penalties. And bigger gas users have been put on notice that, just like smaller ones, they are not exempt from a possible cutoff.

Germany and Italy saw their supplies cut around the time their leaders joined French President Emmanuel Macron in Kyiv to meet President Volodymyr Zelenskyy and back EU candidate status for Ukraine.

WILL EUROPEANS SEE THE LIGHTS GO OUT OR FREEZE THIS WINTER?

That is unlikely because EU law mandates that governments ration gas supplies to industry so that homes, schools and hospitals are spared. Countries that run short of gas also can ask for help from others that may be in better shape, though that depends on adequate pipeline connections.

The downside of rationing would be industrial cutbacks and shutdowns that could cost jobs and growth in an economy already squeezed by high inflation and fears of a global slowdown as central banks raise interest rates.

Meanwhile, a complete cutoff could send gas prices soaring toward their record of 206 euros ($217) per megawatt hour from March 7, further fueling inflation. At the start of 2021, before Russia massed troops on the border with Ukraine, spot gas cost about 19 euros per megawatt hour.