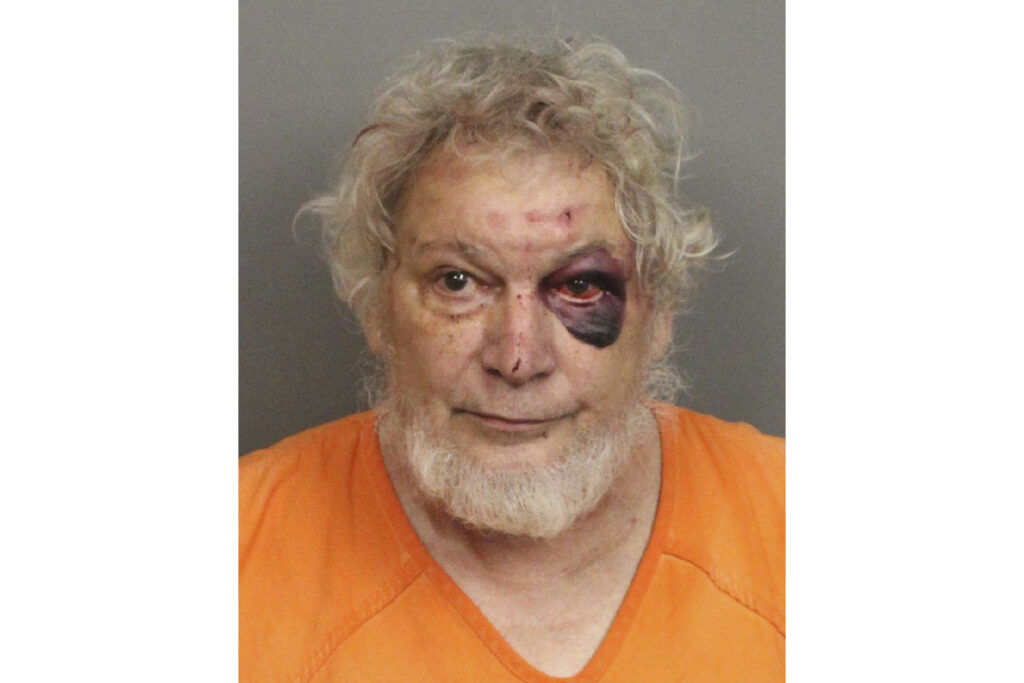 The baffling violence from a gunman in a wealthy suburb of Birmingham Alabama, stunned a community known for its family- centered lifestyle. Church members were spared further violence Thursday evening when one of them rushed the shooter, struck him with a chair and held him until police arrived. As reported by the AP:

VESTAVIA HILLS, Ala. (AP) — The 70-year-old visitor had previously attended some services at St. Stephen’s Episcopal Church in Alabama, before police say he showed up for a potluck dinner, pulled out a handgun and fatally shot three of the elderly participants, one of whom died in his wife’s arms as she whispered words of love in his ear.

Alabama Church members were spared further violence Thursday evening when one of them rushed the gunman, struck him with a chair and held him until police arrived, a former pastor said. The suspect, Robert Findlay Smith, was charged with capital murder Friday, the Jefferson County district attorney announced.

The baffling violence in a wealthy suburb of Birmingham Alabama, stunned a community known for its family-centered lifestyle. It also deepened the unease in a nation still reeling from recent slaughter wrought by gunmen who attacked a Texas school, a New York grocery store, and another church in California.

“Why would a guy who’s been around for a while suddenly decide he would go to a supper and kill somebody?” said the Rev. Doug Carpenter, St. Stephen’s pastor for three decades before he retired in 2005. “It doesn’t make sense.”

All three shooting victims were members attending a monthly dinner at the church, said Carpenter, who still attends Sunday services there but wasn’t present Thursday night. A Facebook post referred to the gathering as a “Boomers Potluck.”

Carpenter said one victim’s wife and other witnesses recounted what had happened. They said a man who introduced himself only as “Mr. Smith” sat at a table by himself — as he’d done while visiting a previous church dinner.

“People tried to speak to him and he was kind of distant and very much a loner,” Carpenter told The Associated Press by telephone.

“Linda Rainey said he didn’t have any food and she offered to fix a plate for him, and he turned that down,” said Carpenter.

Soon afterward, Carpenter said, the man drew his gun and opened fire — shooting Walter Rainey and two other church members. Carpenter said another member, a man in his 70s, grabbed a chair and charged the gunman.

“He hit him with a folding chair, wrestling him to the ground, took the gun from him and hit him in the head with his own gun,” Carpenter said.

“The person that subdued the suspect, in my opinion, was a hero,” Ware told a news conference Friday, saying that act was “extremely critical in saving lives.”

Rainey, 84, died at the scene. His wife of six decades wasn’t harmed.

“We are all grateful that she was spared and that he died in her arms while she murmured words of comfort and love into his ears,” Rainey’s family said in a statement.

Ware said Smith and the three victims were all white. He said police are investigating what motivated the suspect, who occasionally attended services at the church. Authorities executed a search warrant Friday at Smith’s home, less than 3 miles (5 kilometers) away.

Records from the Bureau of Alcohol, Tobacco, Firearms and Explosives show Smith is a licensed gun dealer whose business is listed at his home address. Court records show Smith filed a lawsuit in 2008 against Samford University, a private university in metro Birmingham, alleging campus security wrongly detained him and accused him of impersonating a police officer.

Vestavia Hills Mayor Ashley Curry told reporters his “close-knit, resilient, loving community” was rocked by “this senseless act of violence.” It’s home to nearly 40,000 residents, most of them white, including many businesspeople, doctors and lawyers who work in Birmingham.

The church’s pastor, the Rev. John Burruss, said in a Facebook post that he was in Greece on a pilgrimage and trying to get back.

The Rev. Rebecca Bridges, the associate rector, led an online prayer service on the church’s Facebook page Friday morning. She prayed not only for the victims and church members who witnessed the shooting, but also “for the person who perpetrated the shooting.”

Bridges, currently in London, alluded to other recent mass shootings as she prayed that “our culture will change and that our laws will change in ways that will protect all of us.”

Thursday’s shooting happened just over a month after one person was killed and five injured when a man opened fire on Taiwanese parishioners at a Southern California church. It also came nearly seven years to the day after an avowed white supremacist killed nine people during Bible study at Emanuel AME Church in Charleston, South Carolina.

A message posted by St. Stephens said it would hold Sunday services, adding: “We will gather at the Table that has taught so many that love is always breaking through in this world, no matter what we experience, whether it be doubt, anger, loss, grief, or death — but yet also joy and life.”

By JAY REEVES and KIM CHANDLER

Writer Russ Bynum in Savannah, Georgia, contributed to this story.