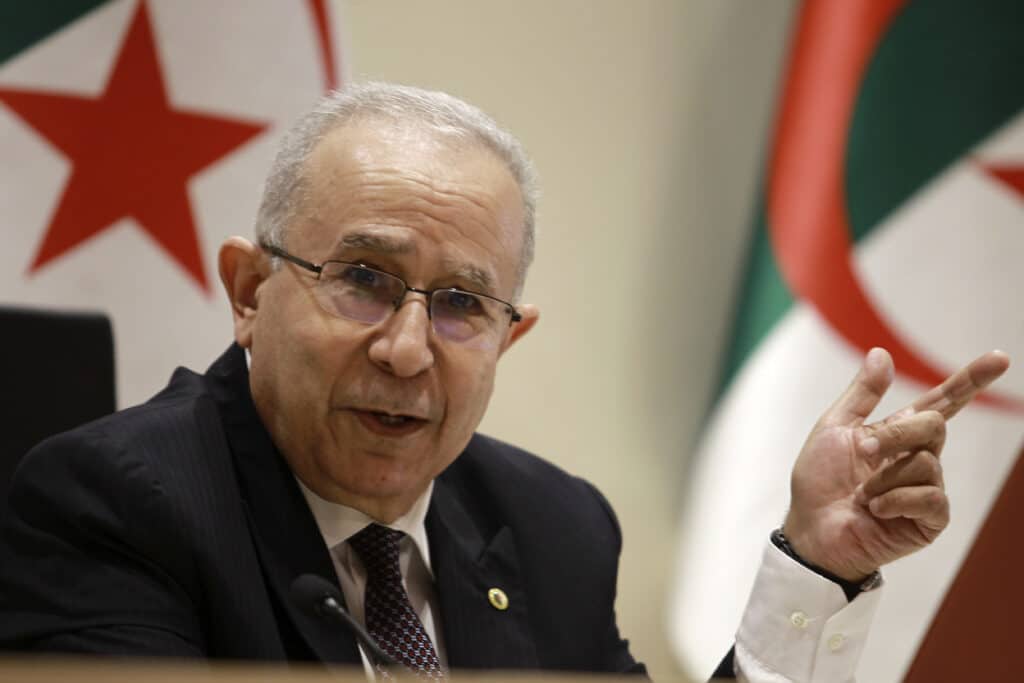 Amidst all the bad headlines lately about Afghanistan, most readers undoubtedly missed another, less fateful yet still sad and significant one, at the opposite end of the Middle East: Algeria has broken diplomatic relations with neighboring Morocco.  Tensions between the two have been building in recent months, but this escalates the estrangement to a level not seen in quite a while. The reasons, at least to an outside observer, seem to be combination of deliberate policy differences mixed with tactical errors, aggravated by missteps or sins of omission on the part of various outside actors.

Algeria, in my view, plays the leading role in this tragicomedy.  It currently accuses Morocco of “hostile acts.” Official statements and unofficial leaks from Algiers interpret this accusation to include new Moroccan support, at least verbally, for Amazigh (Kabili) ethnic rights advocates inside Algeria; alleged Moroccan spying on Algerian politicians, officials, and ordinary citizens; and Rabat’s hosting lately of Israeli Foreign Minister Yair Lapid, who used that platform to publicly criticize Algeria, for allegedly tilting toward Iran and the “radical” axis in the region.

Behind all this, of course, is the nearly half-century-old but ongoing Moroccan-Algerian dispute over the Western Sahara.  This is a large, mostly desert territory, reaching all the way from Algeria and Morocco’s southwestern borders to the Atlantic coast, that Morocco took over from Spain in 1975, while Moammar Qaddafi and Algeria supported a native independence movement, the Polisario.  On top of all that, recent rumors in Algeria, probably fanned by the regime, promote wild conspiracy theories about Moroccan complicity in major new wildfires on Algerian soil, and in material support for “terrorist” or separatist organizations inside Algeria.

And behind this whole campaign probably lies the Algerian government’s domestic predicament.  It is an unpopular, autocratic government, elections notwithstanding, confronting mass protests by the opposition (Hirak) and other social movements over the past two years; and it presides today over a sharply declining economy with little prospect of near-term recovery.  Ironically, keeping its borders with Morocco closed, according to one Algerian expert I spoke with recently, probably protects the weaker, more statist Algerian economy from competition – even as it deprives the local population of opportunities for trading, low-cost consumer imports, or employment. Trying to deflect popular dissatisfaction by changing the focus to foreign scapegoats is a tired but time-tested technique of such regimes.

Yet that technique flies in the face of credible survey results from across the Arab states, which demonstrate that overwhelming majorities (typically 75-85 percent) of citizens in each society agree with propositions like this one: “Right now, internal political and economic reform is more important for our country than any foreign policy issue – so we should stay out of any wars outside our borders.” For precisely this reason, at least in part, it is unlikely that the Algerian government, despite its heavy penetration by the military and security services “pouvoir,” would take the risk of letting this diplomatic spat degenerate into actual armed conflict with Morocco.  A signal of this caution is that consular offices apparently remain open, at least for now.

As for Morocco’s secondary role in this melodrama, it is more a question of mixed messages than of intentional provocation.  King Mohammed VI’s recent Throne Day speech was notably conciliatory toward Algeria.  That message, however, was undermined by a subsequent one from Morocco’s UN Ambassador, who suddenly spoke out in favor of “self-determination” for the Kabili people across the Algerian border.  This appears to have provided the last straw of justification for Algeria’s latest, and most unfriendly, response, although it had been publicly contemplating such moves even earlier.

Much the same unintentional offense should be ascribed to Israel, whose role is only that of a bit player here.  Late last year, as a follow-up to the Abraham Accords, Morocco “normalized” diplomatic relations with Israel, to be rewarded by the U.S. Trump Administration with recognition of Moroccan sovereignty over the Western Sahara. Many analysts, myself included, predicted that this move, while welcome in many respects, would further inflame tensions with Algeria, although probably not to the point of war.

Unfortunately, and I believe unwittingly, Israel’s foreign minister played right into this narrative on his recent official visit to Morocco – the first such open visit in decades, ever since the 1994 Madrid/Oslo era “multilateral track” economic conference in Casablanca.  His unguarded statements this time served no apparent Israeli, or Moroccan, or other allied interest. It was therefore a tactical error that should never be repeated.

Finally, we come to the American cameo role in this entire episode.  Washington, which would like to maintain its long alliance with Morocco while improving its ties to Algeria, can do little more than look on with dismay as the two drift further apart.  Moreover, American officialdom is overburdened these days with many other, much worse crises and dilemmas — from Afghanistan to Iran and far beyond, not to mention serious domestic social, economic and health problems.

As a result, no one should expect an effective American attempt at North African conflict management or mediation.  The saving grace for all involved is simply that no one really desires to indulge in the unpredictable risks of a full-fledged confrontation, either.  The Algerian Moroccan diplomatic rupture, in short, is cause for concern, but not for major alarm.  That most likely means it will not be easily or quickly repaired, even if it will almost certainly remain confined to the realm of sad diplomatic and political symbolism. More By The Author