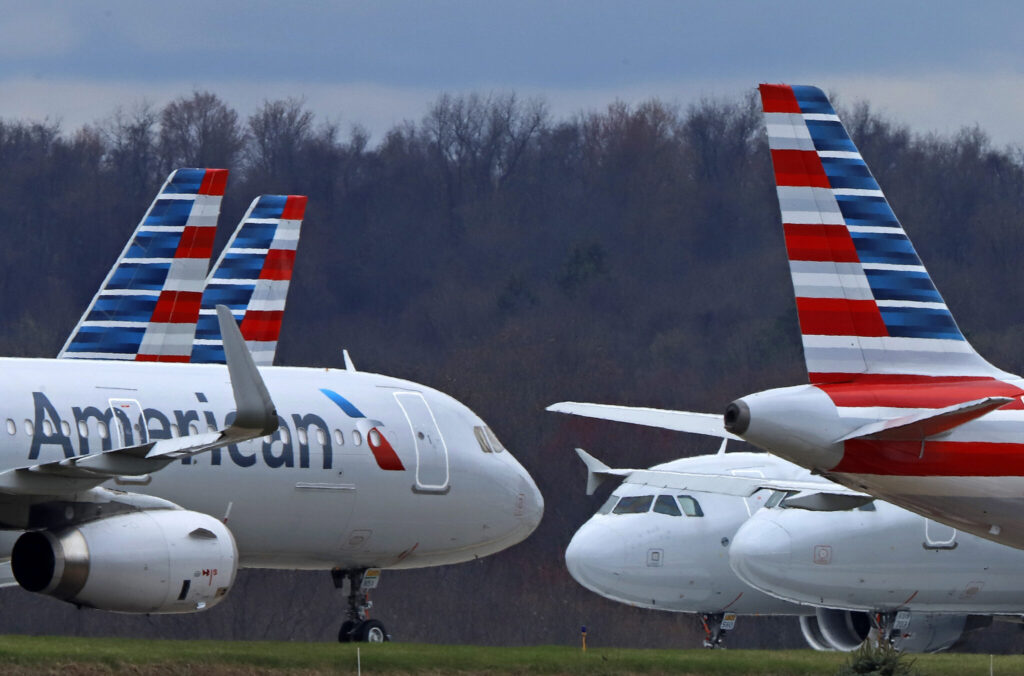 American Airlines Group Inc (AAL.O) on Thursday forecast a higher fourth-quarter profit on strong demand for travel during the key holiday season, sending its shares up more than 5% in premarket trading. The upbeat forecast comes at a time when a worsening economic outlook coupled with high inflation has sparked concerns about consumer demand. The Associated Press has the story:

American Airlines raised its forecast of fourth-quarter revenue and profit Thursday, boosted by higher fares and full planes capped off with a busy holiday travel period.

Shares of the Fort Worth, Texas, company jumped 9.7% in their best one-day showing since July. They have surged nearly 37% since Dec. 28.

A severe winter storm affected all U.S. airlines before Christmas, but American and most others were able to recover quickly; Southwest was not. Southwest canceled more than 16,000 flights in the last 10 days of December, or 37.5% of its schedule, leaving more than 1 million passengers scrambling for new flights including on other airlines.

“There was certainly some benefit from re-accommodating probably a relatively small amount of Southwest passengers … but overall the (new, higher forecast) was just broad-based strength across the quarter,” Chief Financial Officer Devon May said in an interview.

Officials said any gain from Southwest’s meltdown was likely offset by American canceling more than 800 flights, or 2.6% of its schedule, in late December, according to FlightAware figures.

Airlines have benefited from strong demand for travel and a limited number of flights and seats, in part because of a pilot shortage coming out of the worst of the pandemic. The result has been higher fares.

American said revenue from each seat per mile rose 24% over the fourth quarter of 2021, an even sharper rise than it had previously forecast.

Raymond James airline analyst Savanthi Syth said she had expected American to raise its guidance because it appeared to suffer fewer ill effects from the winter storm in late December, but the update topped those expectations too.

American is scheduled to report financial results on Jan. 26. Delta Air Lines will lead off when it gives fourth-quarter numbers on Friday.