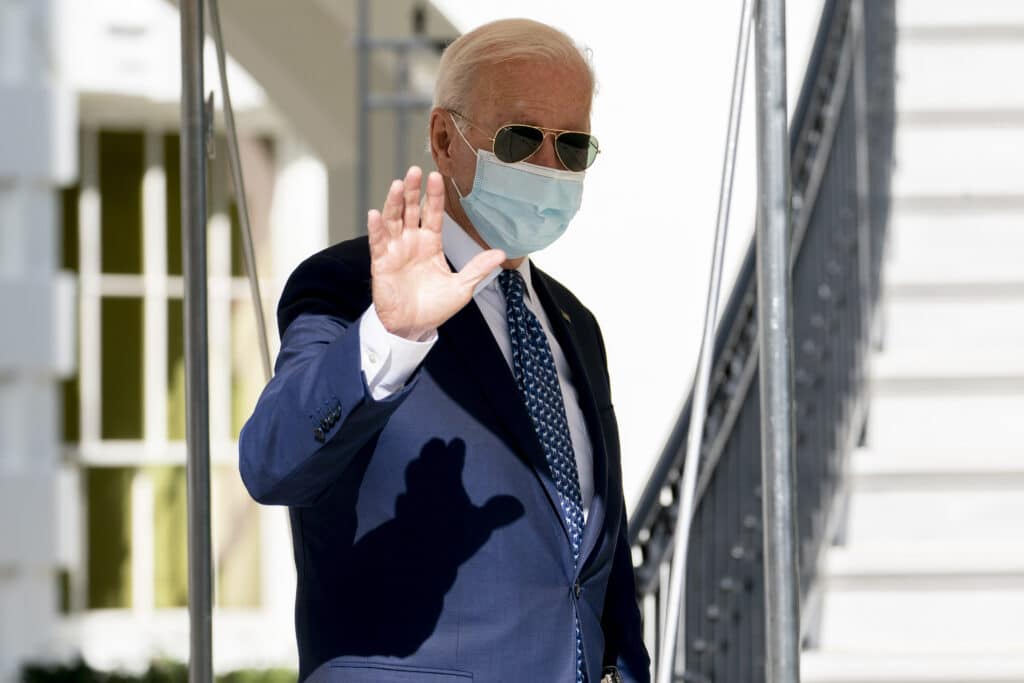 The Biden administration has a goal to restore more normal air travel for America after the disruption caused by COVID-19. The new rules which will take effect in November, are designed to bring a standardization structure and doing away with the many different and frankly confusing rules in place now. The Associated Press has the story:

Some details of the plan announced Monday, are still being worked out, but the framework is laid out below

WASHINGTON (AP) — The Biden administration is rolling out new international travel policies affecting Americans and noncitizens alike who want to fly into the U.S. The goal is to restore more normal air travel after 18 months of disruption caused by COVID-19.

The across-the-board rules, which will take effect in November, will replace a hodgepodge of confusioning restrictions. Some details of the plan announced Monday are being worked out, but here are some questions and answers about what to expect:

All adult foreign nationals traveling to the U.S. will be required to be fully vaccinated before boarding their flight. This is in addition to the current requirement that travelers show proof of a negative COVID-19 test taken within 72 hours of departure to the U.S.

Once the vaccination requirement is put in place, the White House will ease all the country-specific restrictions on international travel that have prevented noncitizens who have been in the United Kingdom, European Union, China, India, Iran, Republic of Ireland, Brazil or South Africa in the prior 14 days from entering the U.S.

HOW DOES THIS AFFECT AMERICANS?

Fully vaccinated Americans will only need to show proof of a negative COVID-19 test taken within 72 hours of departure to the U.S.

WHAT ABOUT UNVACCINATED AMERICANS?

U.S. citizens and permanent residents who are not fully vaccinated will still be able to fly to the U.S., but they will see tougher testing and contact tracing protocols. They will need to be tested within 24 hours of boarding a flight to the U.S., as well as undergo testing upon return to the country. It remains to be seen, though, how the federal government will enforce the testing requirement upon return.

HOW DOES THIS AFFECT CHILDREN?

The new U.S. policy only requires adult foreign nationals to be fully vaccinated in order to enter the U.S. The White House did not immediately say whether unvaccinated children will face different testing protocols when flying into the country.

WHICH VACCINES ARE ACCEPTABLE?

The CDC says the U.S. will accept full vaccination of travelers with any COVID-19 vaccine approved for emergency use by the World Health Organization, including those from Pfizer, Moderna and Johnson & Johnson used in the U.S. Other vaccines are also approved by the WHO and used widely around the world, including from AstraZeneca and China’s Sinovac, with varying degrees of effectiveness against COVID-19 and its more transmissible delta variant. The WHO is reviewing Russia’s Sputnik V vaccine but hasn’t approved it.

HOW WILL THIS AFFECT AIR FARES?

Adit Damodaran, economist for the travel-research firm Hopper, predicted that growing demand is likely to cause higher airfares on flights from Europe, although the rush to book flights could be slowed by the delta variant and high COVID-19 rates in the U.S. If fares rise, it would mark a turnaround in prices since the start of the pandemic.

WILL AIRLINES COLLECT DATA ON PASSENGERS?

The CDC will require airlines to collect information about passengers and provide it to the health agency if it needs to conduct contact tracing. The airlines had resisted a similar change last year, when it was proposed by the CDC and eventually blocked by the Trump administration.

WHAT ABOUT TRAVEL OVER LAND BORDERS?

The administration’s restrictions on crossing land borders from Mexico and Canada into the U.S. are to remain unchanged for now. That means that in some cases fully vaccinated people from the two American neighbors will soon be able fly to the U.S., but may not be able to make the same journey by car.

HOW WILL THIS AFFECT THE TRAVEL INDUSTRY?

Analysts and industry officials think it will help. The U.S. Chamber of Commerce said lifting the current restrictions on international travelers will contribute to a durable recovery for the U.S. economy. Before Monday, the U.S. was on pace to lose $175 billion in export income from international visitors this year, according to the U.S. Travel Association.

HOW HAVE THE CURRENT RESTRICTIONS AFFECTED INTERNATIONAL TRAVEL?

They have made it easier for Americans to visit Europe than the other way around. U.S. international travel in August was down 54% compared with two years ago, and arrivals by non-U.S. citizens were off 74%, according to Airlines for America.

HOW WILL THE CHANGES AFFECT BUSINESS TRAVEL?

There is pent-up demand among business travelers from Europe. Foreign executives who have been vaccinated will no longer have to prove that their travel to the United States serves the U.S. “national interest” — a time-consuming process.

By ZEKE MILLER and DAVID KOENIG

Koenig reported from Dallas. Mike Stobbe in New York contributed to this report.