Babies’ blood samples to be destroyed by Michigan 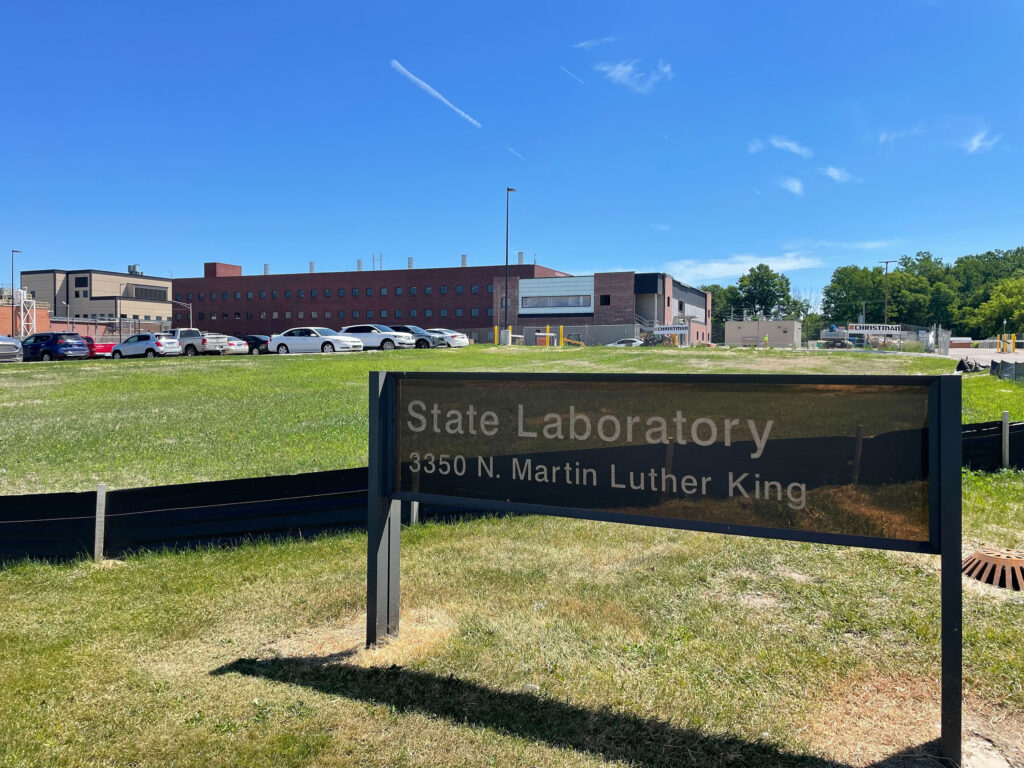 A lawsuit has resulted in the state of Michigan agreeing to destroy blood samples it took from newborn babies. The state collects to them scan for over 50 rare diseases, but the plaintiffs contend parents may not fully understand in the moment when signing paperwork, which violates privacy rights. The Associated Press has the story:

Does taking blood samples from newborns to test for disease violate privacy rights?

DETROIT (AP) — The state of Michigan has agreed to destroy more than 3 million dried blood spots taken from babies and kept in storage, a partial settlement in an ongoing lawsuit over consent and privacy in the digital age.

At the state’s direction, hospitals have routinely pricked the heels of newborns to draw blood to check for more than 50 rare diseases. That practice, which is widespread across the U.S., isn’t being challenged. Rather, the dispute is over leftover samples.

A blood spot from each child is stored in Lansing while five more are sent to the Michigan Neonatal Biobank in Detroit for safekeeping under climate-controlled conditions.

Scientists can pay a fee to use the Detroit-stored samples for various research projects. Research with newborn blood spots occurs in other states, too, especially California, New York and Minnesota where they can be kept for decades.

Texas in 2009 agreed to destroy millions of spots to settle a lawsuit over privacy.

Since 2010, Michigan must have permission from parents to use spots for research. But attorney Philip Ellison argues that the program still violates constitutional protections against searches and seizures and might not be fully understood by parents who are presented with forms amid the fog of childbirth.

Ellison claims the consent form and a related brochure are vague, making no reference, for example, to the state collecting fees for blood spots used by scientists.

“If moms and dads say, ‘Use them. I don’t care’ — that’s their business,” he told The Associated Press. “But the state is not giving them enough information to make an informed decision. … Most people have no recollection of signing anything. My wife had a C-section. She was still groggy 12 hours later from all the drugs pumped into her from giving birth.”

Ashley Kanuszewski acknowledged that she signed forms allowing blood spots from two babies to be added to the research bank but doesn’t recall receiving an informational brochure at the hospital.

“I don’t like not knowing where or what they’re using it for,” said Kanuszewski, one of four parents who sued in 2018.

In May, after four years of litigation, the health department said it would destroy certain blood spots stored in Lansing over the next 18 months and stop adding to that inventory, according to an agreement filed in federal court in Bay City.

Sutfin declined to explain why the state agreed to get rid of them, citing the ongoing litigation. But in 2021, U.S. District Judge Thomas Ludington said the state had no specific permission from parents to keep a single leftover blood spot in Lansing.

The state has described them as spots that could be used by parents in case future health questions arise.

The agreement to destroy those spots doesn’t end the case. Still in play: Millions that are under the state’s control at Wayne State University in Detroit and available for research, including many that precede May 2010 when the health department began asking for parental consent.

In the months ahead, Ludington will hold a trial to try to determine how many blood spots really are needed for newborn disease screening, including to calibrate critical testing equipment, among other issues.

The health department is defending how it runs the program. It emphasizes that no spots are stored for research unless parents or guardians give permission. Spots also can be destroyed upon request, though the number of people who take that step each year is very small.

A code — not someone’s name — is attached to blood spots that are stored in Detroit, making privacy risk during research “very low,” the state said.

“We only allow activities which pertain to public health for benefit of all, for public good, for getting better testing in the future, for discovering more and so on,” Sandip Shah, director of the state’s public health laboratory, said in an interview with lawyers.

The department publishes a list of approved research. The state last year, for example, signed off on scientists using 3,600 newborn blood spots to determine exposure to so-called forever chemicals known as PFAS in western Michigan. Other projects have involved for-profit companies.

“How this court resolves the issues presented by plaintiffs could dramatically impact the biomedical research environment, potentially chilling scientific progress critical to protecting public health,” the Association of Public Health Laboratories said in a court filing.

In 2009, Texas agreed to destroy millions of newborn blood spots that were kept without consent. Spots obtained since 2012 now are destroyed after two years unless Texas parents agree to have them stored longer for research.