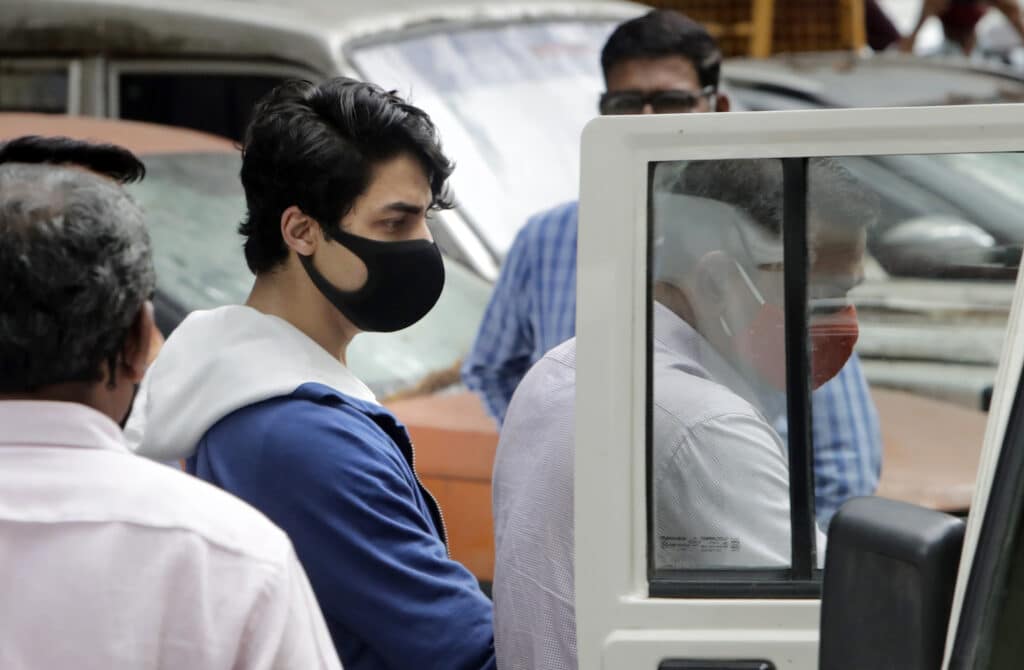 Bollywood megastar Shah Rukh Khan’s son had his bail rejected by and Indian magistrate on Friday, after his arrest on drug charges. Magistrate R.M. Nerlikar sent Aryan Khan to jail for two weeks pending an investigation of the case, and fear he might tamper with evidence. The Associated Press has the story:

NEW DELHI (AP) — An Indian magistrate on Friday rejected the release on bail of Bollywood megastar Shah Rukh Khan‘s son, who was arrested this week in a drug raid on a luxury cruise ship, as the state narcotics agency expressed fear that he could tamper with evidence and influence witnesses.

Magistrate R.M. Nerlikar sent Aryan Khan to jail for two weeks pending an investigation of the case. Khan, 23, is the eldest son of Shah Rukh Khan.

Aryan Khan and seven others were detained when narcotics agents on Saturday raided a party and seized drugs on the cruise ship off the Mumbai coast. They were formally arrested on Sunday.

A total of 18 people have been arrested so far in the case.

Khan’s lawyer, Satish Maneshinde, told the court that the narcotics agency did not find any drugs on Khan and allegations that Khan was in contact with drug dealers were untrue.

The narcotics agency said it had evidence in the form of WhatsApp messages that Khan communicated with drug dealers on a regular basis. It did not specify whether any drugs were found in Khan’s possession when he was detained.

Government attorney Anil Singh said Khan’s release could harm the case. The agency said Khan and the others were “regular users of contraband.”,

“They are influential persons. There is a chance of tampering with evidence. Had it been one person with a small quantity, it would be different. We have a lot of material. Protection like bail at this stage will hamper the investigation,” The New Delhi Television news channel cited Singh as saying.

Shah Rukh, 55, is one of the world’s most famous actors and is known as the “King of Bollywood.” He has been acting in Bollywood films for nearly three decades and has starred in more than 105 movies. He has more than 42 million followers on Twitter and also owns the Kolkata Knight Riders team, which plays for the Indian Premier League, the world’s richest cricket competition.

In the last few years, several Bollywood stars have been linked to drug cases.