Biden reassures Jordan he prefers it custodian of Temple Mount 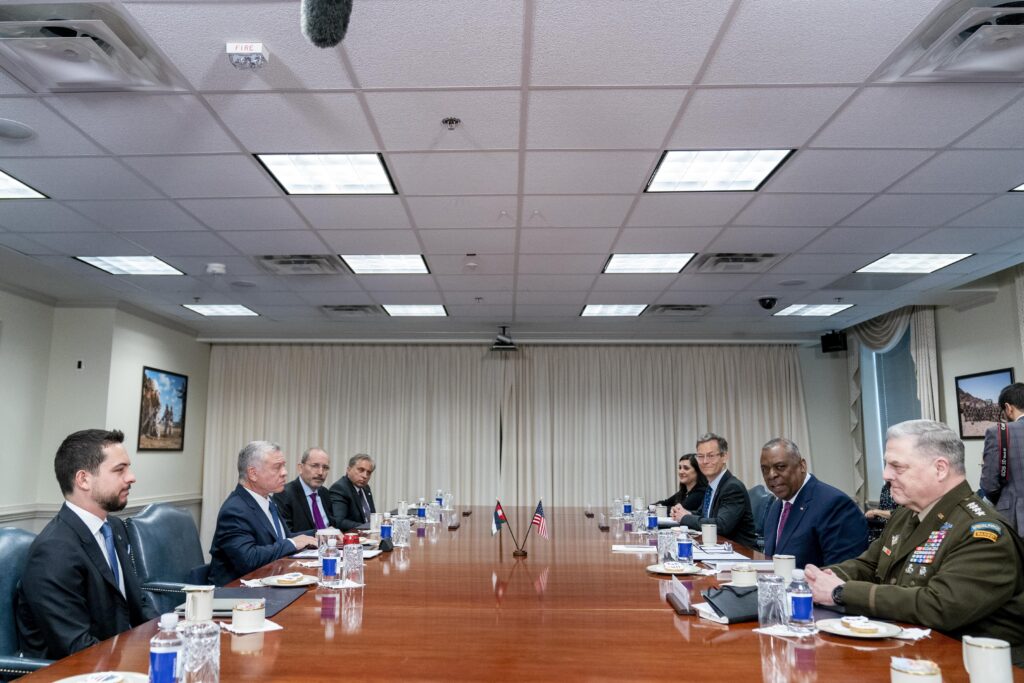 Jordan has been the custodian of Muslim holy sites at the Temple Mount in Jerusalem for many years, and President Joe Biden told its King Abdullah II he supports that. He said he also supports a two-state solution to the Israeli-Palestinian conflict. The Associated Press has the story:

WASHINGTON (AP) — President Joe Biden on Friday reaffirmed his administration’s support for Jordan’s long-running role as the custodian of Muslim holy sites at the Temple Mount in Jerusalem following a meeting with King Abdullah II at the White House.

Biden met with Jordan’s Abdullah after several rounds of clashes in recent weeks at the Al-Aqsa Mosque compound, the third holiest site for Muslims. It is built on a hilltop that is also the holiest site for Jews, who refer to it as the Temple Mount.

The White House said in a statement following the meeting that Biden reiterated “his strong support for a two-state solution to the Israeli-Palestinian conflict and cited the need to preserve the historic status quo at the Haram al-Sharif/Temple Mount,” using the names for the holy site used by Muslims and Jews.

“The President also recognized the Hashemite Kingdom of Jordan’s crucial role as the custodian of Muslim holy places in Jerusalem,” the White House added in statement.

Palestinians have long feared that Israel plans to eventually take over the site or partition it.

Witnesses said Abu Akleh was killed by Israeli troops Wednesday during a raid in the occupied West Bank.

Thousands of people, many waving Palestinian flags, attended the funeral. It was believed to be the largest Palestinian funeral in Jerusalem since Faisal Husseini, a Palestinian leader and scion of a prominent family, died in 2001.

Israel police were seen pushing and clubbing mourners. At one point in the chaos, a pallbearer lost control of the casket and it dropped toward the ground. Police ripped Palestinian flags out of people’s hands and fired stun grenades to disperse the crowd.

“Today in Jerusalem we regret the intrusion into what should have been a peaceful possession,” Psaki said.