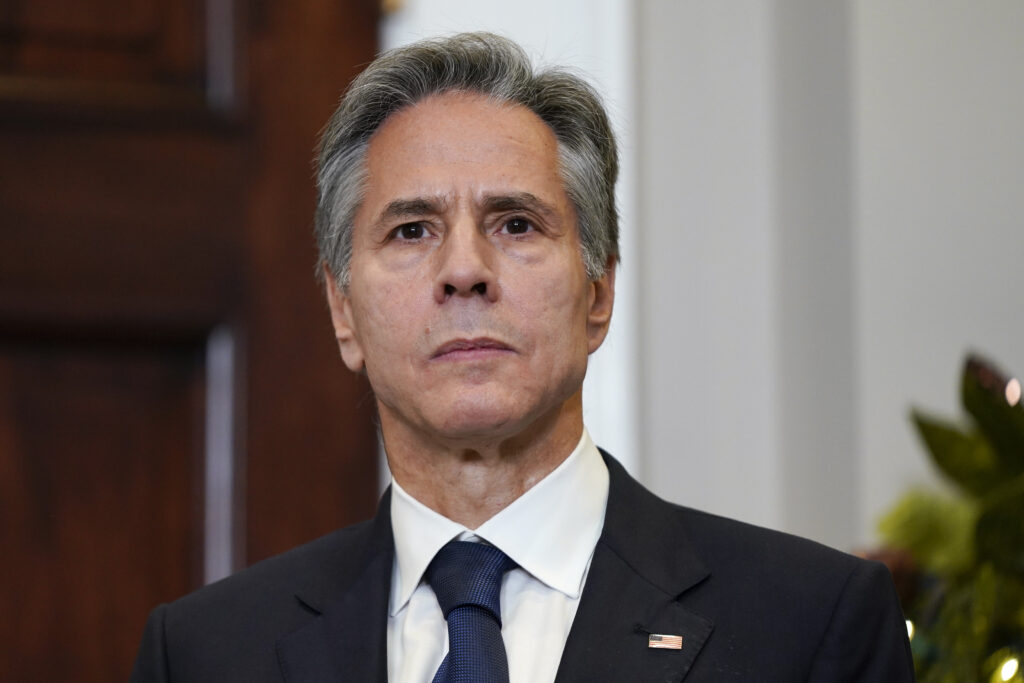 U.S. Secretary of State Antony Blinken on Thursday said he is convinced the United States will be able to call Sweden and Finland NATO allies soon and said Turkey’s concerns about the two nations joining the alliance are being addressed. The Associated Press has the story:

Secretary of State Antony Blinken said Thursday the United States is confident that Finland and Sweden will be approved soon for membership in NATO despite ratification delays in allies Turkey and Hungary.

After meeting his Finnish and Swedish counterparts on Thursday, Blinken said both countries had proved their bona fides to join the alliance, notably in joining NATO in providing support to Ukraine to counter Russia’s invasion.

“Both countries have taken significant, concrete actions to fulfill their commitments, including those related to the security concerns on the part of our ally, Turkey,” Blinken said. “As their membership process continues, the United States is fully committed to Finland and Sweden’s accession.”

But Blinken said he believed Turkey’s concerns, notably with Sweden over its past support for Kurdish groups that Ankara sees as a threat, would be overcome in the near future. Sweden this week extradited a convicted member of the Kurdish PKK militant group to Turkey. Hungary’s parliament is expected to vote on NATO expansion early next year.

Blinken took the opportunity to say that Russian President Vladimir Putin’s decision to go to war with Ukraine had backfired if he truly intended to push back on NATO expansion.

“As Sweden and Finland prepare to join NATO, we know that he’s failed at weakening our alliance,” he said. “Indeed, he’s only made NATO stronger and bigger.”

Haavisto said discussions with Turkey over the PKK have gone well so far, although there was still not a date for the Turkish parliament to consider the expansion.

“Of course, our hope is that this decision should come from Turkey rather sooner than later,” he said.

Billstrom said he would soon travel to Turkey to continue talks on the matter. “I hope that the outcome of that discussion will also bring us forward,” he said.