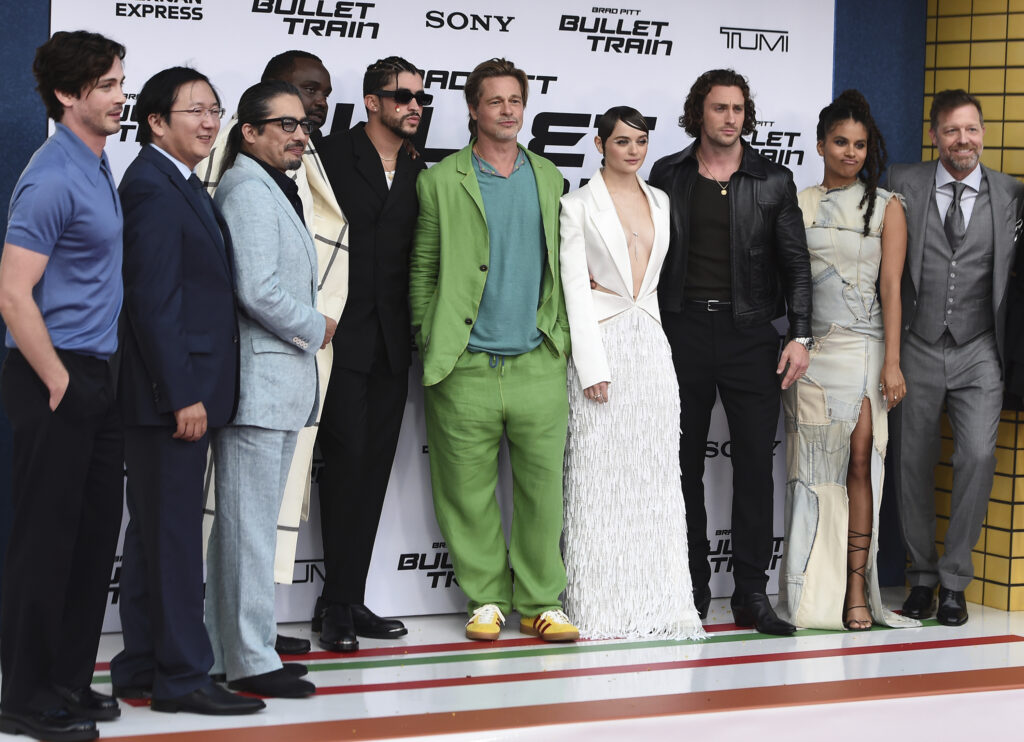 The “Bullet Train” debut for Sony Pictures was solid but unspectacular for a movie that cost $90 million to make and was propelled by Pitt’s substantial star power. Even if it holds well in coming weeks, movie theaters have no major studio releases on the horizon for the rest of August, and few sure things to look forward to in early fall.

While late summer is always a quiet period in theaters, it will be especially so this year — and likely to sap some of the momentum stirred by “Top Gun: Maverick,” “Jurassic World: Dominion,” “Minions: The Rise of Gru” and others. After a comeback season that pushed the box office close to pre-pandemic levels, it’s about to get pretty quiet in cinemas.

“It’s definitely going to be quieter, like the calm after the storm,” said Paul Dergarabedian, senior media analyst for data firm Comscore. “But that doesn’t mean there’s not going to be great movies out there and perhaps the good will generated by some of those films might be enough to buoy the box office until we get into the blockbuster corridor with ‘Black Panther: Wakanda Forever’ and ‘Avatar 2’ down the road. We have to expect that we’re not going to be able to keep up the pace we had this summer.”

As the last big summer movie to leave the station, “Bullet Train” hopes to keep riding for the coming weeks. That would be in line with the playbook of some other original, August-released summer movies like “Free Guy” and “Crazy Rich Asians.” Directed by David Leitch (“Atomic Blonde,” “Deadpool 2”), “Bullet Train” gathers a number of assassins (co-stars include Aaron Taylor-Johnson and Brian Tyree Henry) together on a speeding train running from Tokyo to Kyoto.

As one of the few original would-be summer blockbusters without big-name intellectual property behind it, the R-rated “Bullet Train” might have come into the weekend with more momentum if reviews had been stronger. With a low 54% fresh rating from critics on Rotten Tomatoes, “Bullet Train” was only slightly better received by audiences, who gave the film a B+ CinemaScore. The film added $32.4 million in overseas box office.

The weekend’s other new wide release, “Easter Sunday,” struggled to catch on. The Universal Pictures comedy, starring comic Jo Koy as an actor attending his family’s Easter Sunday celebration, won praise for its Filipino representation but drew even worse reviews than “Bullet Train.” It opened with $5.3 million in ticket sales.

Instead, “Bullet Train” was trailed by a number of holdovers, including Warner Bros.’ “DC League of Pets.” The animated release grossed $11.2 million in its second week of release.

Taika Waititi’s “Thor: Love and Thunder,” for the Walt Disney Co., came in fourth with $7.6 million in its fifth weekend. It’s now up to $316.1 million, making it the highest grossing Thor movie domestically. With $699 million globally, “Love and Thunder” is less likely to catch the $854 million worldwide haul of 2017’s “Thor: Ragnarok.”

In limited release, A24’s “Bodies Bodies Bodies” launched on six screens in New York and Los Angeles with $226,525 in ticket sales, good for a per-screen average of $37,754. The horror comedy about rich 20-somethings at a remote house party, with a cast including Amandla Sternberg, Maria Bakalova and Pete Davidson, expands nationwide on Friday.

Estimated ticket sales for Friday through Sunday at U.S. and Canadian theaters, according to Comscore. Final domestic figures will be released Tuesday.